Too Cool for TV: The Detectives that Time Forgot

Check out Julia Keller's five favorite forgotten TV detectives, then make sure you're signed in and comment below for a chance to win a copy of her latest Bell Elkins novel, Bone on Bone! 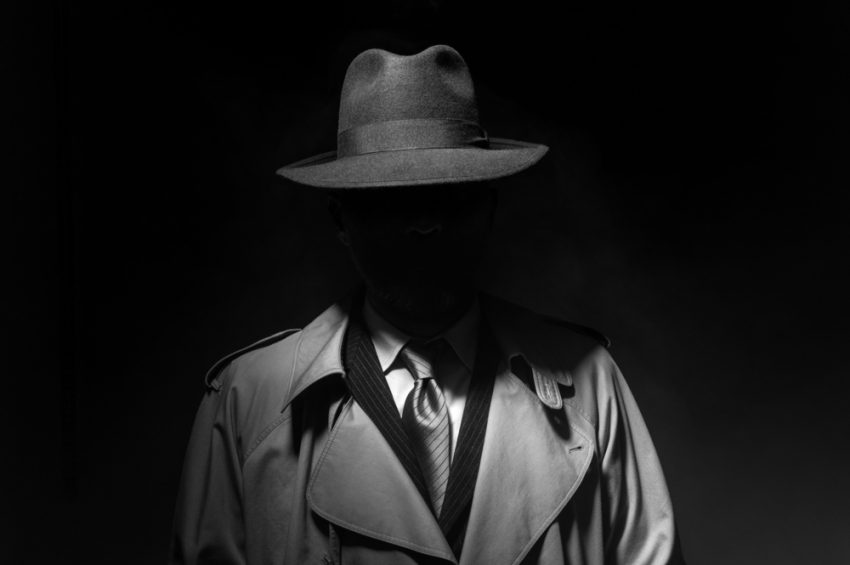 That’s the philosophy—as blunt as an uppercut, as bracing as a bourbon and branch for breakfast—shared by a quintet of fictional gumshoes I like to call the Great (But Pretty Much Forgotten) TV Detectives. Those cool, canny investigators who ruled the mean streets of series television in the 1960s and ’70s.

They drove Ford Fairlanes and smoked cigarettes. They called bartenders by their first names. They wore slacks and loafers and sports coats. Sometimes they fell in love—but it never worked out in the long run because love’s for suckers, right? Right. They were prone to raising an eyebrow when somebody said something silly, hypocritical, or suspicious. They had a weakness for kids and stray dogs and old people. Their cases were solved in one-hour increments, back in TV’s Stone Age when there were only three TV networks (oh, the unthinkably cruel torture!).

Be honest. If you found yourself in a life-or-death fight with a bunch of knife-wielding hooligans in a dark alley at midnight, who would you rather have in your corner: that flaxen-tressed punk from the re-tooled MacGyver—or Joe Mannix?

I think you see my point.

Like me, maybe you didn’t get to see these shows the first time around. Maybe you were too young or hadn’t even been born yet or were too busy or whatever. But thanks to the magic of nostalgia-themed cable networks, anybody can watch them now. So go do it, willya? Before I have to clock you one.

Here are my top five Forgotten TV Detective Shows, ranked in order of what I call the Cool Quotient:

The coolest of the cool. So cool, in fact, that if you tried to change the channel in the middle of an episode, your fingers got freezer burn. Craig Stevens starred as a sleek private eye who wrapped up cases and beat up bad guys while inducing nary a wrinkle in his expensive suit. The jazz score—heavy on the snare drums—kept things lively. It was the musical equivalent of caffeine.

The brooding loner played by David Janssen made an art form out of being a curmudgeon. He had a bad back and a bad attitude. The former came from an on-the-job injury; the attitude came from life. The show lightened up a bit halfway through its first season, but Janssen’s baggy, world-weary, seen-it-all face, with those haunted, hollowed-out eyes, still offered a bitter, irrefutably bleak commentary on whatever befell him. He made a fetish out of depression, and it suited him well.

He ran. He jumped. He punched. He fired guns. He drove fast cars. He smoked cigarettes. And Joe Mannix (Mike Connors) did it all without ever having to re-comb his amazing hair. That hair was a black block of lacquered beauty. The show had a great theme song too, composed by Lalo Schifrin, who also came up with the classic Mission: Impossible theme.

Anne Francis played the sexy, clever detective with a pet ocelot and a yen for getting into tight scrapes—and even tighter clothes. She was witty and slightly ditzy, like a cross between Dorothy Parker and Parker Posey.

William Conrad, who played the plus-sized detective Frank Cannon, had a voice that even God probably coveted: It was just that stentorian and important-sounding. (Remember Rocky and Bullwinkle? Conrad was the narrator.) The series was only so-so, but Conrad was gruffly appealing; he endured cracks about his girth with a good-natured acknowledgment that, yeah, okay, he enjoyed a nice meal now and again. So what’s the big deal?

Runners-up: That puckish private eye Jim Rockford (James Garner) in The Rockford Files (1974-80) and that wasp-waisted scalawag James West (Robert Conrad) in The Wild Wild West (1965-69). To be honest, the only reason Rockford—as smooth as single-malt Scotch, as handsome as George Clooney but about nine times as smart—didn’t make the top five is that he’s not at all forgotten.

So if you like your crime stories simple and pithy and your detectives elegant and unflappable and your dialogue earnest instead of snarky, then hop in the best time machine currently in existence—cable TV—and pay an office call on Joe, Harry, Pete, Honey, or Frank. If you’ve got a problem, they’ll solve it. If you’re in a fix, they’ll get you out of it. If you’re in a funk, they’ll cheer you up.

Just don’t ask to borrow the Ford Fairlane or try to weasel out of the retainer. They’re nice—but they’re not that nice.

Read an excerpt from Julia Keller’s Bone on Bone, then check out Amber Keller’s review!

Comment below for a chance to win a copy of Bone on Bone by Julia Keller!

Bone on Bone Comment Sweepstakes: NO PURCHASE NECESSARY TO ENTER OR WIN.  A purchase does not improve your chances of winning.  Sweepstakes open to legal residents of 50 United States, D.C., and Canada (excluding Quebec), who are 18 years or older as of the date of entry.  To enter, complete the “Post a Comment” entry at https://www.criminalelement.com/too-cool-for-tv-the-detectives-that-time-forgot-comment-sweepstakes beginning at 1:00 p.m. Eastern Time (ET) August 23, 2018. Sweepstakes ends at 12:59 p.m. ET September 4, 2018. Void outside the United States and Canada and where prohibited by law. Please see full details and official rules here. Sponsor: Macmillan, 175 Fifth Ave., New York, NY 10010.

Julia Keller spent twelve years as a reporter and editor for the Chicago Tribune, where she won a Pulitzer Prize. A recipient of a Nieman Fellowship at Harvard University, she was born in West Virginia and lives in Chicago and Ohio. Julia is the author of the Bell Elkins Novels, beginning with The Devil's Stepdaughter.