March 30, 2021
Screenwriter, director, and author of several novels S. Craig Zahler visits the site this week to share three novels from a superb mystery writer you haven't heard of before. Check out Zahler's newest pull-no-punches thriller, The Slanted Gutter. 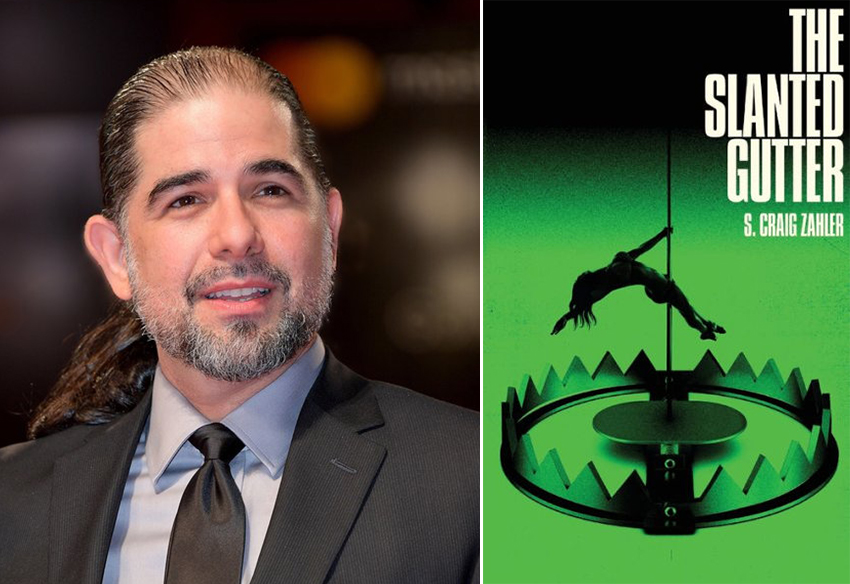 The Riddle of the Traveling Skull (1934) is an incredible book and my sixth favorite novel of all time. At the beginning of this story, the protagonist comes upon an oddly adorned human skull in a travel bag, and what follows is the wildly twisting investigation of the aforementioned cranial artifact.

After reading eighty pages of this work, I ordered a couple of other books by the gifted Chicago writer Harry Stephen Keeler, and before I had reached the end of the novel, three—not inexpensive—first editions were en route to my apartment.

The midnight fever dream that Keeler builds in The Riddle of the Traveling Skull is a confluence of magnificent coincidences, passionate asides, heaped minutiae, idiosyncratic characters, and blindsiding twists, where shocking plot revelations are followed by amazingly complex explanations. His aptitude for setting expectations, inverting them, and then twisting them again and again (and yet again) is worthy of accolades.

My second Keeler novel—he wrote over 70—was The Case of the Two Strange Ladies, about a Yankee reporter in the South, whose tenure at a newspaper and engagement to a local girl will be terminated unless he can identify the two unknown, decapitated women who lie in the town morgue. The awkwardness of the protagonist, the urgency of the situation, and the larger than life characters all bring to mind my two favorite Preston Sturges movies (Hail the Conquering Hero and Christmas in July), though the situation herein with the mutilated bodies is darker and far, far weirder than anything in those pictures.

While a shorter book than The Riddle of the Traveling Skull, the protagonist’s plight, his playful romance, and his backstory are better developed, and the setting, Southern Town, is the more finely detailed of the two. Sprawling, lyrical sentences that are nearly as rich as Lovecraft’s descriptions of coastal New England paint this fictional rural environment. Keeler’s version of southern dialect is hilarious (I believe intentionally), though occasionally a bit abstruse and adds even more flavor to his southern world. Populated with boldly caricatured inhabitants such as Colonel Dixenberry Lee and Ocie Frizzel, this world is hyperbolic and engrossing.

The incredible surprise that Keeler supplies for a resolution elicited an audible “Holy shit!” from my mouth, which was a first. As I read and reread this stunningly clever (and shocking) revelation—probably the single best plot twist I’ve come across in my entire life—I was very, very pleased that more books by this incredible author were en route to my apartment. 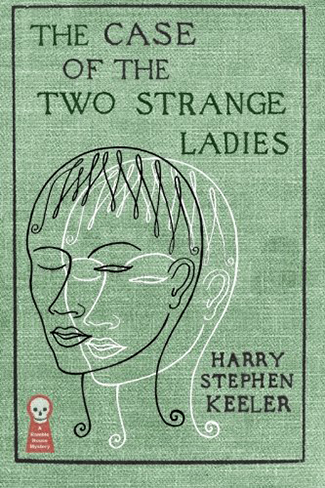 One could argue that Keeler pranks his reader in many (or perhaps all) of his books, yet in The Monocled Monster—because of its repetitive exposition and the less engaging personalities of the characters—I was continually aware of the author’s machinations at work. However, I could also level this criticism at two of my other favorite authors, H.P. Lovecraft and Clark Ashton Smith.

Nonetheless, the stunning twists, the clever narrative hoaxes, the acrobatic sentences describing the world (especially its inhabitants and furnishings), and the many musings on brain surgery and the publishing industry make the The Monocled Monster a playful and intellectually stimulating experience.

Keeler’s books are recommended for people who savor creativity, humor, oddity, and invention. They are wild, engaging, and brilliantly implausible mysteries from another era, told by an exceptionally distinct craftsman who has no known peers. While the plotting is the most commonly discussed aspect of his work, Keeler has other serious talents too. The Riddle of the Traveling Skull often proves to be exceptionally moody, and his humor is terrific and sharp, reminding me a bit of Mervyn Peake. 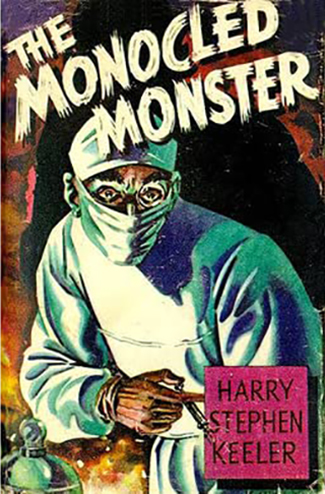 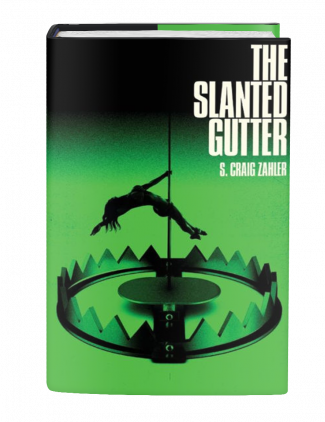 About The Slanted Gutter by S. Craig Zahler:

Darren Tasking is an entrepreneur whose business is people, and when it comes to people he specializes in risk, pleasure, and fear.

He knows what will break you—before you even feel a second of pain.

Tasking has everything and everyone in his orbit under control. If there’s something he wants he will alter your life until you yield to his wishes.

He knows what makes the Machos tick—and how to keep them in the dark.

The police tried to keep Tasking down with their macho modus operandi, sent him away long ago. Now he’s older, uncommonly careful, and keeps the machos oblivious to his enterprises.

He knows the streets of Great Crown, Florida can only be dominated by the remorseless insights of a relentless slick like him.

The brothels and gambling parlors secreted behind iron doors keep the slick autonomous and successful, but a new dancer named Erin Green proves to be the variable that could put him on a collision course with unrepentant sadists, machos, and a trap created by the slick’s own extortionist machinations.

The Slanted Gutter is a devastating character study painted with the darkest shades of noir, penned by a hand as unflinching as Tasking’s steely-eyed pursuit of his large dollar goal, as unforgiving on the reader as those who seek retribution against the slick for his nocturnal misdeeds. Step into this gutter at your own risk.