The Internet has been all a-twitter (if you’ll excuse the pun) about Amazon’s two new publishing imprints, first Montlake Romance and then Thomas & Mercer, a mystery and thriller imprint. Most of the buzz, naturally, comes from authors wondering what these new venues might mean for them, but I am intrigued by what they mean for us as readers.

While Montlake Romance is starting off with Connie Brockway, an author who’s pretty much a household name in the romance field, having written both historical and contemporary romance, such was not initially the case with Thomas & Mercer. When Amazon announced their starting lineup, I’m not the only one who found the names less familiar than many others in the genre. I have excerpted partial descriptions here from Amazon’s press release to give a sense of the kind of books they’re starting with:

Two years ago, Detective Sami Rizzo narrowly escaped a brush with death at the hands of a serial killer. After apprehending the killer and bringing him to justice, this life-changing event compels her to resign from the police force. In her heart of hearts, however, she struggles with the decision. But a second serial killer—a well-respected doctor gone astray—uses his charm to seduce his victims and then performs horrific surgical experiments on them. In a final act of depravity, he scatters their mutilated bodies throughout San Diego County.

Lt. Jacqueline “Jack” Daniels has seen humanity at its most depraved and terrifying. She’s lost loved ones. Come close to death countless times. But she always manages to triumph over evil. Luther Kite is humanity at its most depraved and terrifying. He’s committed unthinkable acts. Taken human life for the sheer pleasure of it. He is a monster among monsters, and no one has ever caught him. Each is the best at what they do. Peerless. Unmatched.

Only one can survive. And it won’t be whom [sic] you think.

The Immortalists by Kyle Mills

Dr. Richard Draman is trying desperately to discover a cure for a disease that causes children to age at a wildly accelerated rate—a rare genetic condition that is killing his own daughter. When the husband of a colleague quietly gives him a copy of the classified work she was doing before her mysterious suicide, Draman finally sees a glimmer of hope. The conclusions are stunning, with the potential to not only turn the field of biology on its head, but reshape the world. Soon, though, he finds himself on the run, relentlessly pursued by a seemingly omnipotent group of men who will do whatever it takes to silence him.

Jake Reese is a writing teacher at an American university. He lives in a small brick Tudor close to campus with his art buyer wife, Diane. His life is quiet – ordinary even. And he likes it that way. But it wasn’t always quiet. Jake’s distant past was a life on the streets, inflicting damage and suffering on more people than he can count. And now someone from his past, it seems, has come looking for him.

Now, when I read the full descriptions, I can already tell you one thing about the new imprint: it’s not for mystery readers, it’s for thriller readers. (I will also add that I really, really hope the editors of the books have a better grasp of grammar than whoever is writing the descriptions.) There is not a single police procedural or PI novel that’s not also a thriller on the list; there are certainly no cozies or traditional mysteries. And while I generally don’t like to jump at hot-button issues, there are no female authors.

As a late addition to the lineup, Amazon and Barry Eisler recently announced he would be doing his next novel in the Rain series for them. Since he had previously announced he would self-publish, this came as a surprise to Eisler fans, but it’s not surprising on Amazon’s side. Eisler fits right into what they already have in their lineup. He’s just a bigger fish in the same male-thriller-writer pond.

Of course, Amazon may know—as many of us who hang out in bookstores do—that men perusing the shelves in the crime fiction aisles often make statements like “I don’t read books by women.” So, perhaps, Amazon’s hedging its bets, and Thomas & Mercer will broaden their line later, once money starts coming in from this first wave of books.

So, let’s talk about the money. Amazon plans to print copies of these books in trade paperback. It’s not clear where such books will available, though according to Publishers Weekly “Amazon…promises to place the books in stores by distributing them on its own.” Really? Where do you imagine you’ll be able to buy these books in print? Will brick-and-mortar booksellers clamor to stock Amazon’s titles? And, if you could buy them in print, would you be willing to pay $15? Because that’s what they’ll cost at retail. Unless, of course, you buy them from Amazon, where they’re discounted to $10.

Now, if you’re a Kindle owner, things look better for you. The books will only be $5 on Kindle, compared to other publishers’ trade paperbacks, which come in around $10 in e-versions. But if you own a nook, Sony, Kobo or some other brand of e-reader, you’re out of luck, because Amazon doesn’t plan to publish these books in other e-formats. Also, for some bizarre reason (which, to be honest, I find duplicitous and manipulative in the extreme), they have put “digital list prices” on the books at $10. Since they’ll never be sold anywhere else, however, as Amazon doesn’t plan to make them available on any other platforms, what’s the point of the fake retail price? Just make the price $5, and be done with it.

Why have they priced their books at $5 (well, $4.99, to be exact)? In my opinion—and perhaps it’s just my cynical, conspiracy-theory-soaked brain—it’s because they’ve seen how many people buy books based on price, and figure their books will have a good shot at “bestsellerdom” if they’re priced lower than the average non-self-published thriller.

So here’s my question, dear readers: do this roster, this pricing, and/or Amazon-exclusivity irk you enough not to buy Thomas & Mercer books? Do you not care, because you’ll simply read them on your Kindle or Kindle app for whatever device you own, or crack the DRM to read them whatever way you please?

Frankly, I am not at all sure how I feel. I do own a Kindle, and I love reading on it, but I also find this type of manipulation offensive. Unfortunately, as a reader, I find “agency pricing,” which many major publishers engage in, almost as bad. Luckily, Amazon isn’t planning to publish anything I have any overwhelming yen to read, so I don’t have to decide yet. 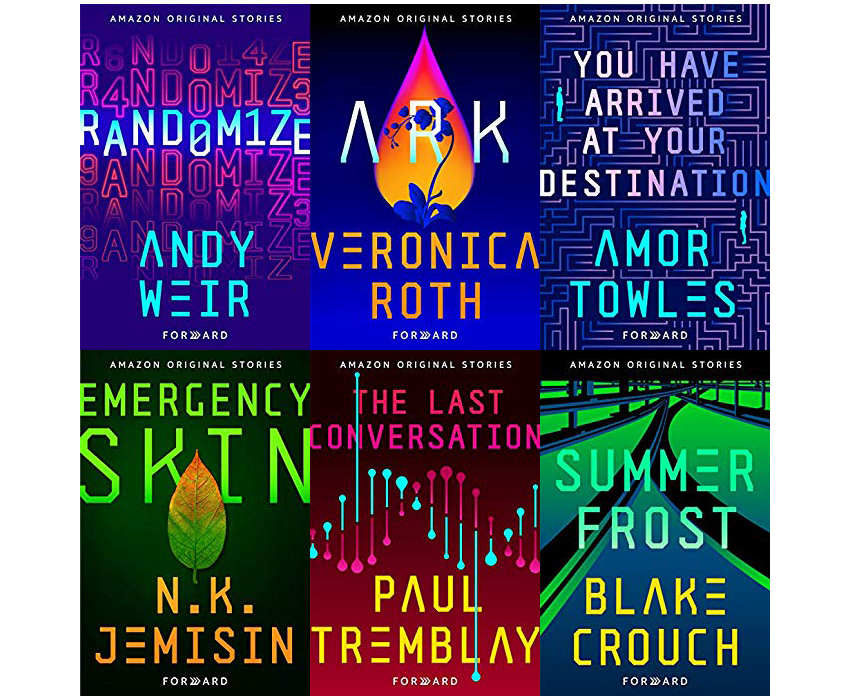 Author Jeremy Finley examines Forward, a short story collection featuring six visionary writers who explore the far-reaching effects of tech breakthroughs. For some, it’s the end of the world. For others, it’s just the beginning. Forward is available for free to all Amazon Prime members. For more information, click here. The future, as a concept, has a… 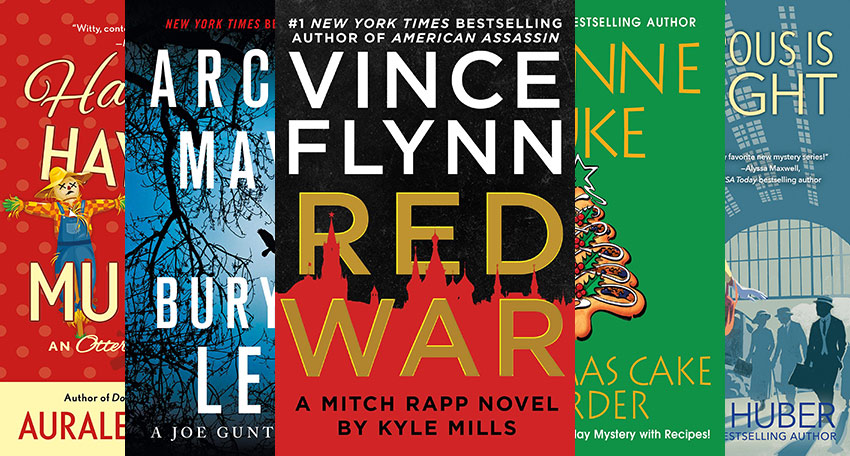 Every Wednesday, we here at Criminal Element will put together a list of Staff Picks of the books that published the day before—sharing the ones that we are looking forward to reading the most! This week, Vince Flynn’s Mitch Rapp series continues with a new installment from Kyle Mills and Joanne Fluke adds a holiday-themed prequel story to…

Every Wednesday, we here at Criminal Element will put together a list of Staff Picks of the books that published the day before—sharing the ones that we are looking forward to reading the most! This week, the first in Jessica Fellowes's new historical mystery series set in the Mitford household joins Ann Cleeves's third Vera…