February 15, 2022
To commemorate the publication of Margaret Truman's Murder at the CDC, Jon Land shares his list of thrillers set in Washington, D.C.

BONUS: Sign-in and comment on this post for your chance to win a copy of Margaret Truman's Murder at the CDC!

Ever since Margaret Truman conceived the brilliant Capital Crimes series in 1980. Washington, DC has been the dominant, if not exclusive, setting. And the latest entry, number thirty-two overall and my second since taking the reins, Murder at the CDC, is no exception. With that in mind, I thought it would be fun to list ten of the best thrillers set in the nation’s Capital.

Seven Days in May by Fletcher Knebel (1962): Featuring a now scarily prescient plot to overthrow the United States government, and arguably the greatest political thriller of all time, this classic is set almost entirely in DC’s true halls of power. The book follows the desperate efforts of Colonel Martin “Jigs” Casey to thwart a plot spearheaded by popular Chairman of the Joint Chiefs, General James Mattoon Scott. Mostly centered in the Pentagon and White House, the book also makes use of the kind of back alleys and little-known hideaways that helped define the city circa 1960. Some of the names have changed, but the haunts remain.

Absolute Power by David Baldacci (2001): A burglar chooses the wrong house to rob and ends up witnessing a murder committed by Secret Service agents. The conspiracy stretches all the way to the White House and Washington, as well as Virginia, settings dominate the action. Made into a hit film starring Clint Eastwood, Baldacci’s debut thriller wondrously mines his former career as a DC lawyer in evoking a sense of Washington that rivals any book ever anchored there.

All the President’s Men by Bob Woodward and Carl Bernstein (1974): Washington dominates the riveting narrative made all the more powerful by the fact that it’s all true. We’re treated to great sequences set in the Washington Post newsroom, but it’s the scenes in bars, restaurants, and even parking garages that make the city a primary character in its own right. Even scenes where a politico is merely a talking head identified as speaking from the Capitol or White House lend a resonance and true DC flavor to the mix.

Murder in the White House by Margaret Truman (1980): The first book in the longest running thriller series going set a high benchmark for all the titles to follow. The murder of the secretary of the state in the Lincoln bedroom sets off a power struggle that stretches to the highest corridors of power. The daughter of President Harry Truman was blessed with a perspective on the city she loved shared by no other author, establishing the template that has endured for 40+ years.

Advise and Consent by Alan Drury (1959): Drury serves up a bird’s eye, behind-the-scenes, Capitol view of all the mechanizations involved in confirmation hearings for a controversial selection for secretary of state. The book stitches together a trail dominated by duplicitous politicos, backroom manipulations, and the cloudy nature of the truth itself. The stunning take on the dark side of politics makes the process a character, and a villain, in itself. And the book’s genius lies in the fact that the system portrayed is pretty much the same, and even more broken, 60 years later. 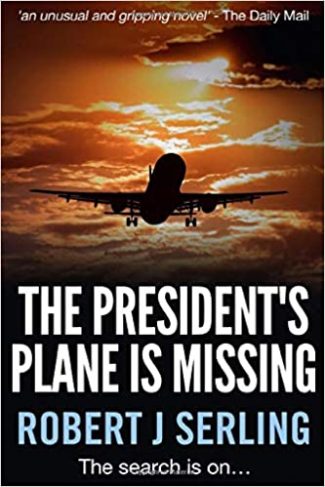 The President’s Plane is Missing by Robert Serling (1967): One of the first thrillers I ever read and one I’ll never forget focuses on Air Force One vanishing. With the president feared dead, a desperate power struggle ensues within the halls of power, even as the Soviet Union seeks to take advantage of the chaotic situation. Camp David plays a big role as well, along with locales remarkably unchanged after more than half a century.

Six Days of the Condor by James Grady (1974): Giving credit where it’s due, New York City is featured equally with Washington. But the DC-based scenes are where the power struggle at the heart of the book takes center stage. So, too, is the fact that the character of Condor, hunted in New York, becomes the hunter in Washington, turning the tables on the forces aligned against him as he takes on the entire United States government. Made into a brilliant film starring Robert Redford, directed by Sidney Pollack, and distinguished by the climactic sequence that begins with the late Max Von Sydow’s deceptively deadly assassin telling Condor, “It will happen this way. . .”

Along Came A Spider by James Patterson (1993): I had forgotten that the Alex Cross novels, at least the early ones, were set in the nation’s capital to supreme effect. The now legendary Washington, DC homicide detective and psychologist helps distinguish his debut adventure from the pack by working and living in the seamier urban neighborhoods the other books on this list never even mention. This is a different Washington than we’re used to seeing in traditional political thrillers and what list would be complete without a serial killer entry?

Debt of Honor by Tom Clancy (1994): This list wouldn’t be complete without this Clancy stunner that climaxed with a catastrophic attack on the Capitol Building that presaged 9/11. Clancy devotes even more pages to Washington, DC here than he did to the submarine in “The Hunt for Red October” to great results. Jack Ryan’s acting as the president’s National Security Adviser in this one, more of a cerebral role than the action-oriented ones he’s better known for. Ryan feels almost hemmed in at times as Clancy manages to turn the capital into a hive of claustrophobic warrens from which true power is wielded.

The Exorcist by William Peter Blatty (1971): Georgetown, including those famous stairs (located at 3600 Prospect Street), dominate the book, as well as the film based upon it. The university, the neighborhoods, and popular haunts have never been portrayed better in fiction, in large part because Blatty himself came of age attending Georgetown. It’s said that every year on his birthday, the author returned to his roots and revisited his love for the area. That passion leaps off every descriptive entry in the book, the area’s beauty forming a brilliant contrast to the evil that has invaded its borders.

Those are my picks for the Top Ten. Let me know if you think I left any Washington-centric titles out. And, in the meantime, here’s hoping you find Murder at the CDC worthy of inclusion, too!

Margaret Truman’s Murder at the CDC Comment Sweepstakes: NO PURCHASE NECESSARY TO ENTER OR WIN.  A purchase does not improve your chances of winning.  Sweepstakes open to legal residents of 50 United States, D.C., and Canada (excluding Quebec), who are 18 years or older as of the date of entry.  To enter, complete the “Post a Comment” entry at https://www.criminalelement.com/the-ten-best-thrillers-set-in-washington/ beginning at 4:00 p.m. Eastern Time (ET) February 15, 2022. Sweepstakes ends at 3:59 p.m. ET March 1, 2022. Void outside the United States and Canada and where prohibited by law. Please see full details and official rules here. Sponsor: Macmillan, 120 Broadway, New York, NY 10271. 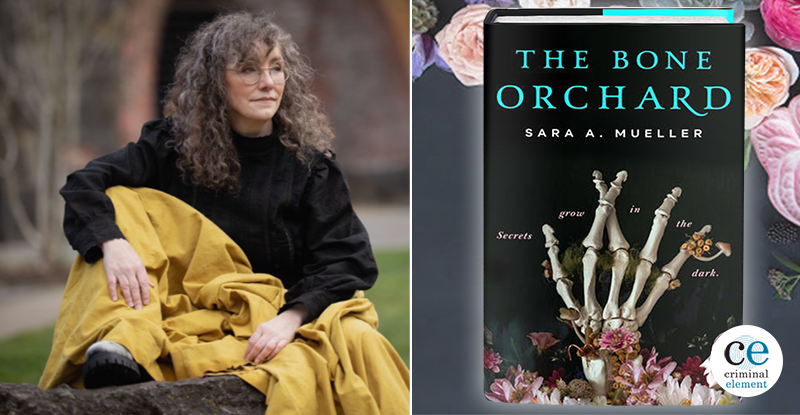 By Sara A. Mueller

Mysteries are an acquired taste, and they come in a dazzling array of combinations and flavors. With that in mind, I hope this tasting menu may provide some new staples for your enjoyment: Hors d’oeuvre – Lady Molly of Scotland Yard by Baroness Orczy – Closely aligned with Sherlock Holmes. This detective and sidekick are both women,…