The Story of Max Hochstim: The Jewish Immigrant Who Lied, Cheated, and Stole His Way to the Top 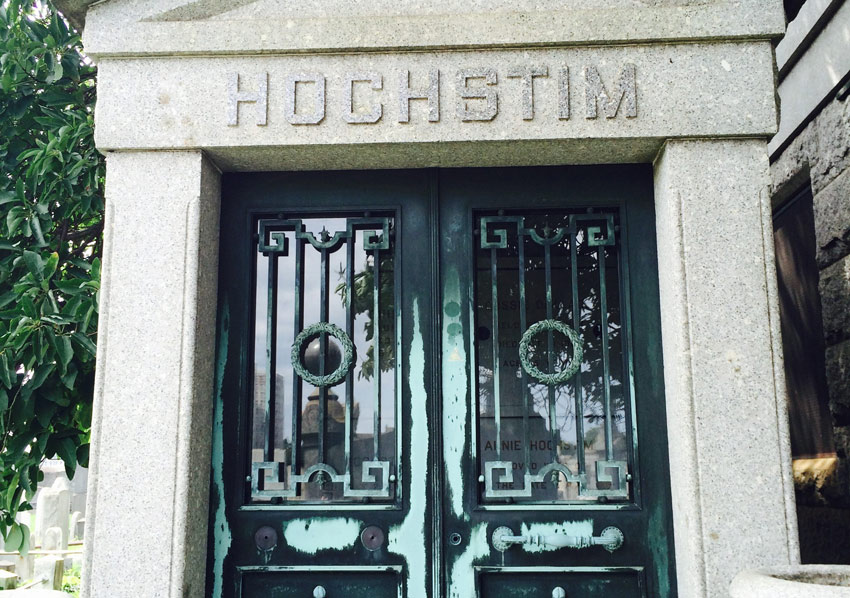 Last summer, on a Sunday afternoon, I schlepped out to Washington Cemetery in a very ungentrified stretch of Brooklyn. Some 200,000 graves—almost all of them Jewish—occupy the 100 acres of this marvelously shabby necropolis along Bay Parkway. I was looking for the grave of Max Hochstim, a vicious Jewish racketeer who, during his heyday 100-plus years ago, terrorized the poor immigrants of the Lower East Side. I had stumbled upon Hochstim’s story while researching my new book, Devil’s Mile: The Rich, Gritty History of the Bowery, in which I devote a page or two to him. But I just had to know more about him; I am, I admit, fascinated by anything that has to do with the Jewish underworld.

I inherited my interest from my father, Label Sparberg, who did more than just read every book he could get his hands on about Murder Incorporated. As a teenager growing up in Buffalo, NY, Label actually dipped a toe in the underbelly of the Jewish immigrant experience when he became addicted to crap games that his older cousin Ruby Rothman was hosting nights in the back of his grocery store. Apparently, he got into real trouble, racking up gambling debts he couldn’t pay. His father, Joe Sparberg—a hard-ass, cigar-smoking Russian Jew who operated a bar-and-grill in one of Buffalo’s rougher neighborhoods—found out about it. How, I couldn’t say; perhaps a loan shark paid a visit to my grandfather’s bar. Joe quickly sent my father out of Buffalo to optometry school in Chicago. Thus, he saved his son from a life of crime.

But I digress. Here’s what I know about Max Hochstim: born in Krakow in 1868, he came to New York as a 10-year-old with his parents and siblings. In 1888, he married Annie Apple, whom he’d stolen away from his supposed friend. For the rest of his life, Annie remained Hochstim’s devoted partner—in crime. The couple had no children. Hochstim started out as a professional gambler when barely a teenager. From there, he progressed to thievery, mostly in the form of kickbacks and extorting protection money from poor Jewish immigrants trying to eke out a living in “his” territory. Going to the police only increased their troubles: the local beat cops were all in Hochstim’s pocket. All this, and he was not yet 30 years old! Some boychik, no? 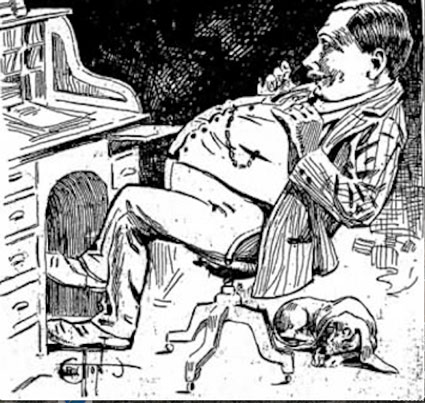 Hochstim ran his rackets out of a saloon he owned at Delancey and Suffolk streets on the Lower East Side. One of his close associates was Marty Engel, a purveyor of kosher chickens. Hochstim and Engel ran a bail bond business at the Essex police court, right across the street from Engel’s chicken business. The Essex court was where all the poor souls—after having the misfortune to be picked up by the cops on the Lower East Side—ended up for arraignment.

Bail bonds were nothing more than a rip-off scheme, and Engel invested some of the money he made off it into a string of tenement houses on Allen Street that he used as brothels. In 1890, Hochstim traveled to Buenos Aires—like New York, Buenos Aires was then a popular destination for Jews fleeing pogroms in Russia. It was also a center for trafficking in unsuspecting Jewish girls that pimps were bringing over from Europe, in part because prostitution was then legal in Argentina. Hochstim spent a year in Buenos Aires before returning to New York, where he used all he had learned in Argentina to add pimping to his list of money-making ventures.

Hochstim was proud of how well he treated his girls. He fed them, clothed them, and never, ever fucked them. He also urged them to learn English. This was America, and you were nothing if you couldn’t speak English. Hochstim claimed that some girls even approached him from the gutter—rather than the other way around—and asked him to pimp them. He even taught his girls to save their money. So, he said, because of him, many were able to bring over their poor parents whom they’d left behind in Europe.

Hochstim’s intimate circle, besides criminals, included politicians; in late-19th-century New York, a man was often one and the same. Marty Engle, in fact, was also an alderman—the equivalent of a city councilman. Big Tim Sullivan, the Tammany boss they called “King of the Bowery,” made Hochstim a Tammany ward leader—quite an honor, that was—in exchange for delivering Jewish votes. Hochstim did such a great job that in 1901, he was sentenced to three years in Sing Sing for violation of election laws.

When he got out of prison, he and his wife Annie began buying up real estate. One of their purchases was a grand mausoleum in Washington Cemetery so that husband and wife could lie together in perpetuity in grand surroundings, commensurate with their perceived social status in the Jewish world. When Hochstim died in 1921, he was laid to rest there.

Now, fast-forward to that warm Sunday afternoon last summer, nearly 100 years later, as I stood in Washington Cemetery’s main office inquiring where I might find Hochstim’s remains. The Russian woman behind the window handed me a map of the graves; she had marked Hochstim’s with a pencil. “But wait,” she said as she scurried to the back of the office before returning a few minutes later accompanied by a tall, shabbily dressed man—also Russian, who spoke no English—who carried a large ring of keys in his hand. Gesturing to us to follow him—my husband, Nick, had accompanied me on this strange journey to Brooklyn that picked up the thread of Max Hochtim’s story, which I’d woven into my book—the man then loped his way along the narrow pathways that threaded around this treasure-trove of Hebrew-lettered headstones.

Some of the graves dated as far back as the late 19th century, which is when my Yiddish-speaking grandparents had just landed at Ellis Island. It felt eerie but also wonderful, as if I’d been whisked back to my Eastern European Jewish past. Then, we were standing in front of the Hochstim mausoleum, a marble-and-granite structure in the style of a Doric temple. The man stuck the key into the lock, turned it, and opened the door. I went inside, and there was Max Hochstim’s grave along with his wife Annie’s—she outlived him by 30 years—side by side. A few other relatives are buried inside there too. Who were they? I wondered. When they were alive, did they know that the beautiful mausoleum where they’d be laid to rest was built with Hochstim’s blood money? I so wanted to know the answer to my questions. But so often, family stories stay buried—until some really curious person starts digging.

Read an excerpt from Devil’s Mile!

Alice Sparberg Alexiou is the author of Jane Jacobs: Urban Visionary and The Flatiron: The New York Landmark and the Incomparable City That Arose with It. She is a contributing editor at Lilith magazine, and she blogs for the Gotham Center. She is a graduate of Columbia University Graduate School of Journalism and has a Ph.D. in classics from Fordham University. She lives in New York.