The Reign of the Kingfisher by T.J. Martinson: A Visual Guide

February 6, 2019
GIFnotes: Giving you the basic plot summary of an upcoming book with the help of the Graphics Interchange Format. 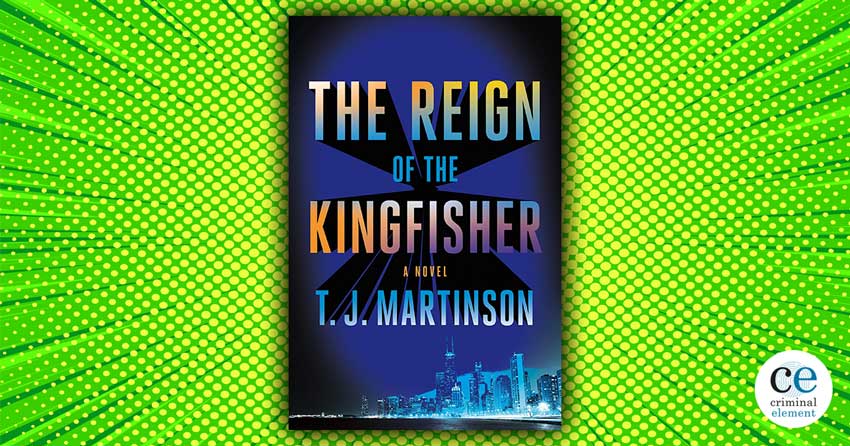 Thirty years ago a superhero tried to save Chicago. Now the city is again under siege in The Reign of the Kingfisher, a gritty, suspenseful, and beautifully written novel from award-winning debut author T.J. Martinson—take a visual tour with GIFnotes!

Somewhere in Chicago, a roomful of people has been taken hostage.

The hostages will be killed one by one, the masked gunman says on-screen…

Unless the police will admit that they faked the death of the legendary superhero called the Kingfisher and helped him to give up his defense of the city thirty years ago.

Retired reporter Marcus Waters made his name as a journalist covering the enigmatic superhero’s five years of cleaning up Chicago’s streets.

Then the Kingfisher died.

And Marcus slid back into obscurity.

But did the Kingfisher really die?

And who would take hostages connected to the Kingfisher’s past attempts to clean up the streets?

With the help of disgraced police officer Lucinda Tillman and a young hacktivist named Wren, Marcus will explore the city’s violence, corruption, and chaos…

To figure out if the vigilante hero died tragically…

Or gave up hope and abandoned the city…

And for the hostages, the clock is ticking.

Want more GIFs? Take a visual tour of Michelle Adams’s Between the Lies!