July 30, 2021
Hitting stores in February 2022, check out the cover of The Red Canoe for the first time here and learn about Wayne Johnson's inspiration for the novel. 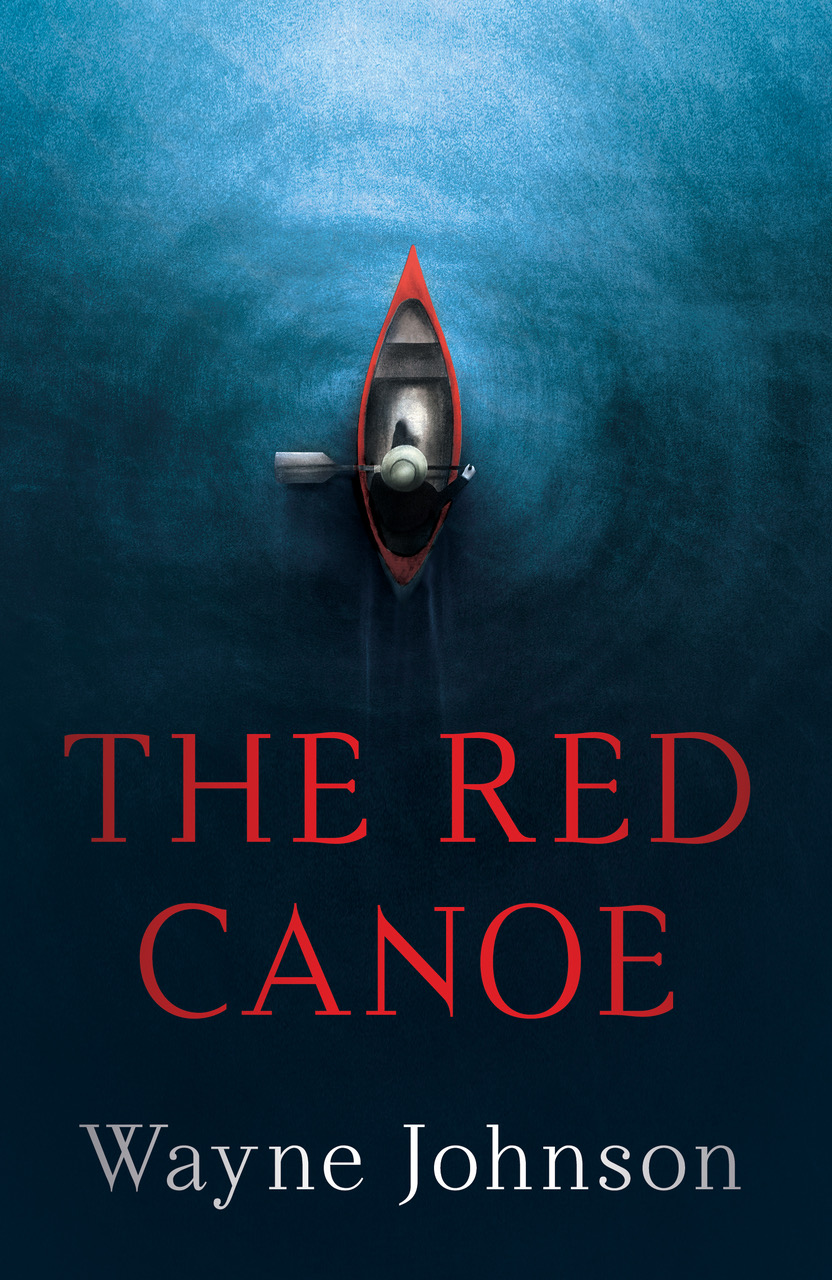 A Note from Wayne Johnson

Would that it were so simple, that I could claim I spun The Red Canoe whole cloth out of nothing. Only that’s not the way I work now, nor have I ever worked that way. No, The Red Canoe came into being through a joining of two characters (amalgams, both) drawn from my life: a battle-scarred Warrior Society carpenter; and a beautiful, troubled girl, one carrying a terrible secret. My thought, my moment of inspiration, was this: What if? What if the troubled girl, instead of divulging her secret to her boyfriend—just fifteen and barely capable of dealing with it—instead told the Warrior carpenter? He being no stranger to firearms and violence, and to whom the notion that taking matters into your own hands, in some situations, was not only justified but necessary?

With that thought came a moment of pure frisson. Yes. What if the carpenter took on that mess?

Everything in the story followed from that, Buck and Lucy (renamed, and re-imagined) first meeting, building a canoe, and, later, Buck reacting to her terrible once secret. Which, the telling of, ultimately takes them north to Lake Superior in the dead of winter, when that shore is a vast and phantasmagoric landscape of preternaturally blue ice caves.

Canoeing in frigid Lake Superior to those caves could be deadly, but what if Buck took on Lucy’s oppressors exactly there, in those caves? I’d been on that shore myself, had nearly died there. (I got away with only second-degree frostbite, though nearly lost my ears.)

In that way, the details in the story, as with those from the North Shore, I took from life, but modified for the purposes of drama.

Still, the true inspiration, the spark that lit the fire, was putting Buck and Lucy together, Buck as traumatized by his Catholic boarding school experience and once wayward life as Lucy, who had been, as it was euphemistically put back then, “interfered with,” and by more than a few men, and most of them connected to the sometimes-hated church.

Even the opening, Buck’s divorce, I took from life. As with Buck’s tossing a coin eight times to decide whether he’d live or die. That was something a good friend did, following a tragedy in his life.

And a little secret on my part here—that friend only shared what he did with me because I was going through a divorce as trying as his had been, and right about the time I was writing The Red Canoe.

As with Buck in the opening, I wasn’t doing well with it, and I greatly appreciated my friend’s humor.

Buck and that friend had, and still have, that in common. A rich, life-saving sense of dark irony. Perspective, in the face of the impossible.

And Buck is truly funny at times, though his good humor has been bought at a great price, and in it there being an enduring and indestructible faith.

“Live or die,” as my old Warrior Society friend told me, “hold your head up and take it right to the end.”

Which is exactly what I did in The Red Canoe. 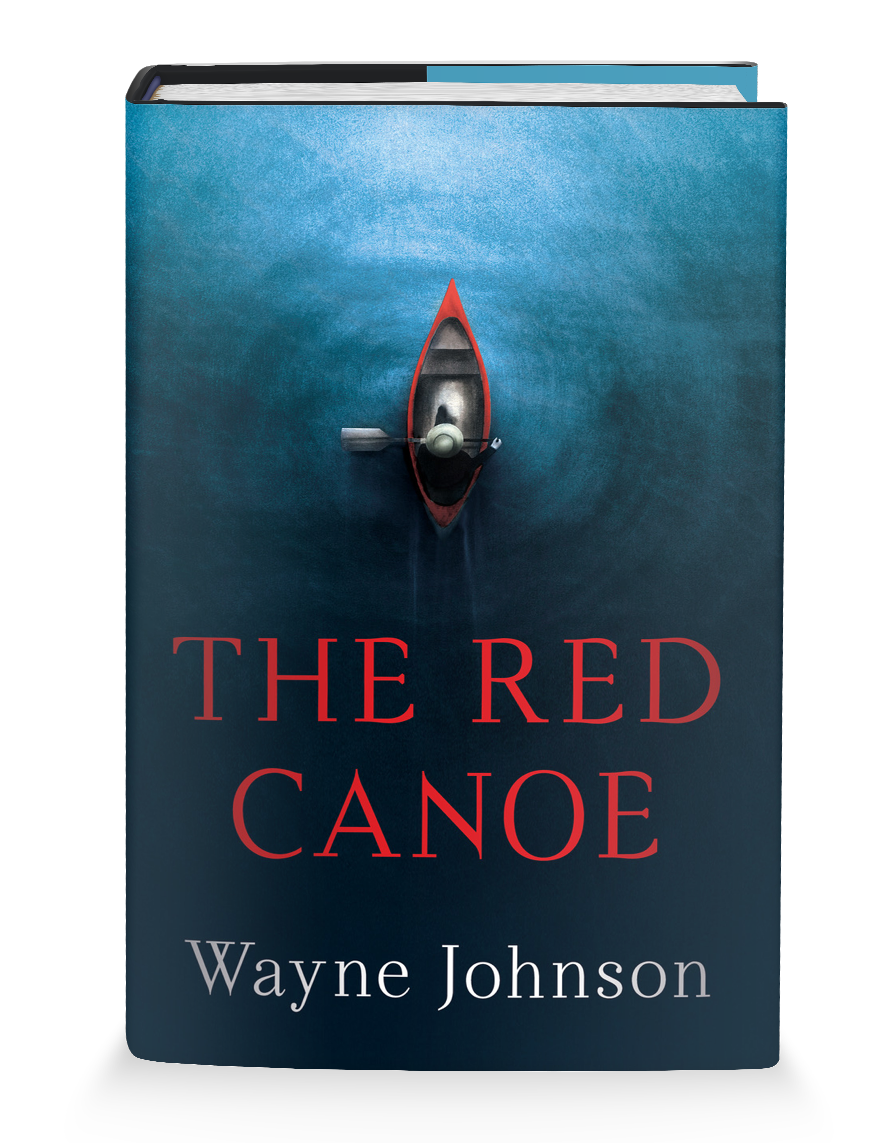 About The Red Canoe by Wayne Johnson:

Buck, government name Michael Fineday, Ojibwe name Miskwa’ doden (Red Deer) has just been served divorce papers by his wife Naomi, who is fed up with his savior complex and the danger it often attracts to their door, and is on the brink of suicide. Living on the border of Shakopee Mdewakanton Sioux Community reservation―thus back on the edge of his origins―Buck makes a good living as a boatbuilder and carpenter. He spends his days alone, trying to win the trust of a feral cat…until a semi-feral girl shows up, attracted by the canoe Buck’s building.

Lucy, Ojibwe name Gabe’ bineh,”(Everlasting Bird), lives in a trailer alone with her father, a local policeman struggling with PSTD from the Iraq war, compounded by the loss of Lucy’s mother. She’s also mostly alone. Just barely fifteen, since her mother’s death she’s been systematically molested and raped by her father’s colleagues on the force without his knowledge. Threatened that if she ever spoke out, her father would bear the consequences.

Buck senses Lucy is in trouble, and doesn’t hesitate to plunge into it head-first as usual. On the foundation of their shared Ojibwe heritage, together they build more than a canoe, but a friendship, and together trace Lucy’s abuse to a ring that extends farther than either of them ever imagined.