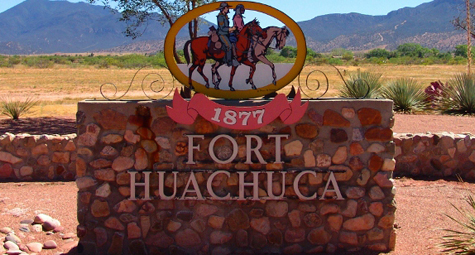 Twenty U.S. naval reserve officers arrive at Fort Huachuca, Arizona. These officers are from New York City, and in their day jobs they are longshoremen, firemen, police officers . . . and three Italian chefs. They are destined for service in Guantanamo Bay, Cuba, where—as reserve naval officers—they will conduct interrogation operations in support of national defense. These men and women are hardened individuals, with no-nonsense approaches to life, and consider themselves ready to face anything.

As the training commences, it becomes evident that these are the right people for the job. Their hard-edged countenances and their single-mindedness allow them to succeed where many others have failed. Towards the end of the training, however, as they excel, they begin to become overconfident. Several of them  reach the point of cockiness.

That’s when the training cadre steps in with an unusual exercise.

They bring forth a box. It looks like any normal shoe box. Slightly used, it once held a pair of size 9.5 men’s Nike running shoes. One-by-one the students are brought into an office. Inside, a cadre member sits on the other side of a square table. The box sits in the middle of the table. An empty chair beckons.

Looking at the box, the student replies, “Thanks. It was hard at first, but I think I grasp it.”

“I think so too. I can’t help but notice that you and the others are pretty confident.”

The student shrugs. “I’ve done this sort of thing before back in the city. Only different, you know?”

“I think so,” the cadre member says. “Why do you think I brought you here?” he asks, switching gears.

“Yes, the box. Have you ever read the Dune books by Frank Herbert?”

“No. I don’t have time to read,” the student responds, with a hint of disapproval.

The cadre member shrugs. “Just as well, I suppose. Well, here’s the deal. In the books there are a group of aesthetics known as the Bene Gesserit. They have a box they use to test their members.”

“Not exactly like this one, but similar. You see, the member isn’t allowed to see what’s in the box. In fact, and I’ll give it away. The member puts his hand in the box, the lead Bene Gesserit tells him his hand is on fire and burning, the member feels pain, but then realizes it’s all in his mind. Get it?”

“Sounds stupid,” the student says, never having taken his eyes off the box.

“Perhaps. But it’s a tool the Bene Gesserit use to see how in control one is of his or her thoughts. It’s a tool to determine if a person’s true self is the same as the one they project to the world.”

“What does this have to do with me?” the student asks.

“Put your hand in the box,” the cadre member replies.

“The same.” The cadre member turns the box around, revealing a hole in the end where a person could place their hand. “In here.”

“Nothing that will hurt you.”

“But is there something in the box?” the student asks.

“For not putting my hand in the stupid box?”

“For disobeying an order.”

“Because not knowing is part of the process.”

About this point, the student usually sticks his hand in the box. When he does, he feels something strange.

“I will,” the cadre member says. “It’s a tarantula wasp. Sometimes called a tarantula hawk.”

Either the student remains stricken, or he jerks his hand from the box. Once the hand is returned to the box, the conversation continues:

“Did you say tarantula hawk? As in the spider and the bird?”

The cadre member nods. “But it’s not a spider. It’s a wasp. As you can feel, it’s a huge wasp, maybe six inches long. The funny thing about the tarantula wasp is what it does to tarantulas. See, it tracks them down and attacks them, not to kill them, but so it can lay its eggs in the spider’s back.

“You see, the eggs need a warm safe and secure spot from which to grow, what better place than on the inside of a living tarantula? The eggs grow, then eat their way out of the tarantula. Here in the desert are hundreds of thousands of these wasps. They’re literally everywhere.”

At this point about half of them want to see it and the other half doesn’t. They discover that a tarantula wasp is a real creature. If they Google it later, they discover that everything the cadre member told them about it is true. It is merely that the one in the box is dead and dessicated.

This exercise is repeated with each and every member of the course, from lowest to highest. Each man and woman leaves the exercise with the knowledge that there are things both in their minds and in the world that scare them. They realize value of humility and will never again display cocky behavior.

When the senior person in class finally enters the room, he takes the longest, his eyes focused solely on the hole where he has been invited to stick his hand. He’s seen each of the others leave the room. He’s seen terror and sometimes disgust displayed by his men and women. When the cadre officer tells him to put his hand in the box, he says, “I don’t have to. I get it. You can have your box.”

But he isn’t let off that easy.

A year later one of the cadre members gets an email from this senior member. It goes something like this:

Mission success. Without getting into detail, we were able to use everything you all taught us. We literally didn’t know what we didn’t know, and the tactics and techniques you shared helped all of us. As did the box. We talk about it all the time, especially when we start getting cocky. We ask each other if we want to put our hands in the box and we immediately realize the error and straighten up. It’s a funny thing. We can control our emotions, we can control our reactions, we can even control our behavior, but we can’t control the machinations of the mind. Please pass on our best wishes to the cadre and say hi to the box.

The box was never there to scare them. Instead, it was made available as a mnemonic. Confidence and fear have always been close friends. One can’t have one without the other. Most people believe that they are at odds with one another, but it can’t be farther from the truth. Each one is a gateway to the other that puts one on a path to self discovery.

Weston Ochse’s last name is pronounced “oaks.” Together with his first name, it sounds like a stately trailer park. He is the author of nine novels, most recently SEAL Team 666, which comes out in December 2012. He lives in the Arizona desert within rock throwing distance of Mexico. For fun he races tarantula wasps and watches the black helicopters dance along the horizon.

Read all posts by Weston Ochse for Criminal Element.