Everybody loves a good vanishing act. Literally hundreds of mysterious disappearances lurk in American history. What happened to Amelia Earhart, the famous female aviator of the 1930s? Or to Judge Joseph Force Crater, who disappeared in the summer of 1930?  Or to Jimmy Hoffa, the Teamsters chief who went to meet a union official and was never seen again? One thing wee can safely assume is that these were involuntary disappearances. Earhart’s plane went down somewhere in the Pacific on a round-the-globe flight. Crater had some unsavory companions and was last seen carrying a great deal of money. (Though Crater’s young mistress, Sally Lou Ritz, did disappear within weeks of Crater and, like him, has never been seen since.) And Hoffa, well, Hoffa had a lot of enemies.

But the story of Etta Place is rather more mysterious because it would appear that she chose to disappear, not long after the reported deaths of her lover, Harry Longabaugh and his friend, Robert Leroy Parker, better known to posterity as the Sundance Kid and Butch Cassidy.

What makes her story doubly mysterious is that we know neither her real name or from whence she came. Katherine Ross did a wonderful job fixing her image in the public consciousness in the 1969 movie Butch Cassidy and the Sundance Kid, elevating her to near iconic status, but all that did was birth a generation of Etta Place fans.

I would never claim to be a true Etta Place aficionado; I happened on the conundrum she poses quite by accident.  In fact, I was a little surprised that the world had simply swallowed Etta up. But I quickly learned that except for about 12 years at the most, Etta Place didn’t exist.

The majority of the experts agree that Butch and Sundance probably met Etta at a bordello around 1900.  The Pinkerton Agency, which had a strong interest in Etta, described her as attractive, speaking with an educated tone.  Estimates of her birth year range from 1878 to 1882 or 1883.  Rumors suggest that she was a cousin of Longabaugh’s since Longabaugh’s mother was a Place.  Speculation is that she and Sundance had met sometime around 1900.

The last recorded appearance by Etta was in summer of 1909 in San Francisco, the year after Butch and Sundance were reportedly killed in a gun battle with Argentinian soldiers.  Indeed, there are those researchers who say that Etta died in South America as well.  But a woman of Etta’s description attempted to secure documents declaring Sundance dead. She was unsuccessful, and  the woman known as Etta Place rode off into the sunset.

Acquaintances, what few there were, called Etta beautiful and said that she spoke with a refined accent.  Without ever saying anything explicit, she indicated that she hailed from the East Coast. Pinkerton Detective Agency reports supported this as well. Only a handful of people knew her well enough as Etta Place to offer descriptions—Annie Bassett, Josie Bassett, and Laura Bullion among them. This trio of young ladies were the girlfriends of various members of the Wild Bunch, the outlaw gang of which Butch and Sundance were a big part.

For years, Annie Bassett has been rumored to have been Etta Place, and recent photographic analysis claims that Annie and Etta were the same woman.  But too many documented elements of Annie’s life conflict with the documented elements of Etta’s life. During two separate periods, when Etta is known to have been in South America with Butch and Sundance, Annie Bassett was either under arrest, on trial, in jail or getting married in the US. Difficult to do if you’re in South America.  Odds are that Etta or Ethel Place was not her actual name.  The maiden name of Sundance’s mother was Place. Other claims, none substantiated, make her a music or school teacher. All that’s known for certain is that she spoke with a refined (possibly British) accent and claimed to have come from the northeast.

Intrigued by the mystery of Etta Place, I decided to see what I could add to the story.

I’m a firm believer in Occam’s Razor—in short, the simplest explanation is usually the correct one. Near unanimous consensus among researchers is that Butch and Sundance met Etta at Fannie Porter’s brothel in San Antonio sometime in 1900.

The United States census is a marvelous thing. Beginning with 1790, it has been taken every ten years. And, since I had a city (San Antonio) and a head of household (Fannie Porter), I thought it would be beneficial to look at the 1900 census of Bexar County, since that’s the nexus year, the year they all came together.  Lo and behold, there was Fannie Porter, running a “boarding house.” Euphemisms are great things.

Fannie, herself little more than a girl in 1900, claimed to be of British extraction. The birthdates did not help all that much. Of the five girls in Fannie’s “boarding house,” all were born in or around 1878-80.  One girl in the household intrigued me beyond the others.  Twenty-two year old Madaline [sic] Wilson appears in the census immediately beneath Madam Fannie. Like Fannie, she is listed as of English birth, immigrating to the United States in 1884 when she was six. Now here’s where the conjecture has to come in.  It is quite possible that she had changed her name, but does that dictate that she would have changed her date of birth, country of origin, and date of immigration?  And a British accent, tempered by  16 years in America, might be described as “refined.”

And, Madaline Wilson disappears after the 1900 census, when Etta was in her period of historical significance as the historians would say. Now, none of this proves anything, but it is worth noting, and adds yet another possible suspect to the continuing hunt for Etta Place.

At one point a woman named Eunice Gray, who appeared in Ft. Worth, Texas, running a brothel in the mid 20th century, was a candidate for “Etta Place.”  Eunice once told a friend that she had been in Ft. Worth since 1901 except for a trip to South America.  And records were produced later that showed that Eunice had been in South America at roughly the same time as Etta Place.  Eunice died in a fire in 1962.  But researchers have recovered photos of Eunice that, when compared with known photos of Etta, prove definitively that Eunice was not Etta Place.

Perhaps Madaline Wilson is a stretch, but Etta Place did exist.  And Madaline Wilson, the young prostitute from Fannie Porter’s is an intriguing possibility. 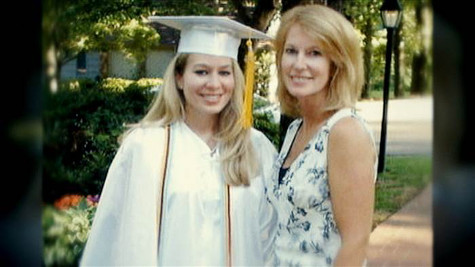 In 2005, the world searched for Natalee Holloway. Now, twelve years later, her father is hoping for some closure. On Wednesday, Dave Holloway and Private Investigator T.J. Ward announced on TODAY the discovery of human remains that are being DNA tested to confirm if they are Natalee's. This is the first major lead to the…