The Making of a Monster

April 27, 2020
Christina Dalcher is the international bestselling author of VOX and her new book, Master Class, though a work of fiction, contains elements of horror based on very real monsters. Christina discusses her research into the disturbing field of eugenics. 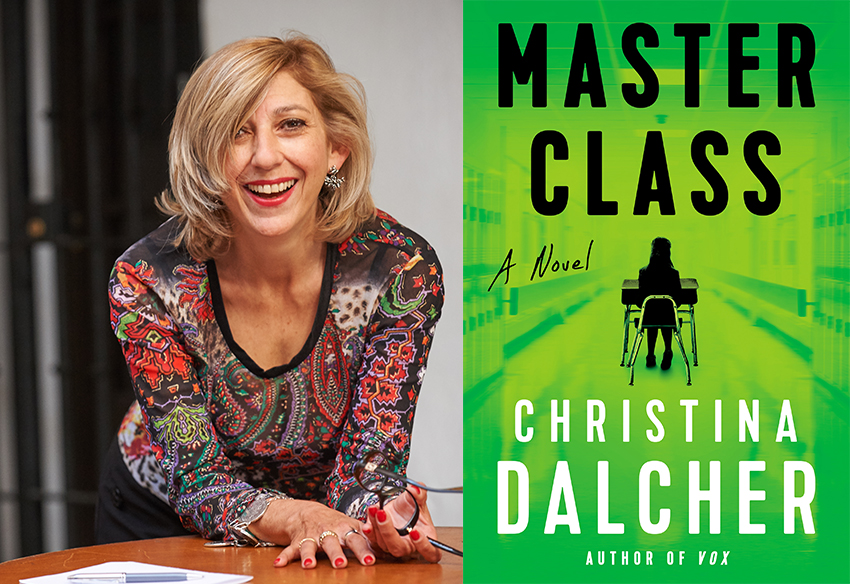 One of the perks of writing fiction is that we can take our ugliest thoughts and our most frightening dreams, put them down on paper, and scare the pants off of our readers, making a few pennies along the way. We can create marketable monsters out of thin air: sewer-dwelling clowns, brilliant psychiatrists with cannibalistic tendencies, wraithlike dementors who suck souls and joy from their prey. We can turn everyday objects into killers: industrial laundry-folding machines, voodoo-cursed Good Guy dolls, a pair of red shoes that make you dance ’til you drop.

What’s more terrifying is that we don’t need to conjure evil using only our imaginations. Monsters already exist.

I’m thinking specifically of Adolf Hitler. I’m thinking of anyone who carried out Hitler’s orders and then (as if having a weird ability to reach into the future and grab a line from Hogan’s Heroes) declared post-hoc that “They knew nothing.” I’m thinking about hundreds of people who began a crusade to control reproduction and population long before Herr Hitler arrived on the stage. Some of the names may be familiar, others less so: Charles Davenport, Francis Galton, Henry Goddard, Oliver Wendell Holmes, Theodore Roosevelt, Margaret Sanger, Marie Stopes. All American or English. All scientists or educators or jurists or medical professionals. All supporters and advocates of eugenics, the science of selective breeding.

I first got hooked on eugenics research by accident. Wanting to write a horror story set in an asylum (okay, okay, I know it’s already been done), I did what all writers do. I went to Google. Among click-inducing phrases like ‘most deadly mental asylum’ and ‘house of horrors,’ one institution stood out. It was the Fernald State School in Waltham, Massachusetts, famous for being one of many such schools in the mid-twentieth century, perhaps more famous for its radiated oatmeal experiments on juvenile inmates from 1946 to 1953. The school, originally known as The Experimental School for Teaching and Training Idiotic Children, had been a model institution in the Progressive-led eugenics movement of the early 1900s and remained in use for another century.

But radiated oatmeal? Experiments carried out by the Massachusetts Institute of Technology, Quaker Oats, and the Atomic Energy Commission on young boys? I already knew about the infamous Tuskegee syphilis scandal and Willowbrook State School’s Hepatitis A research, but I had to know more about Fernald.

That was when I bought a copy of Michael d’Antonio’s State Boys Rebellion and took a nose dive into the rabbit hole of research.

As far as I know, the American eugenics craze is not a topic covered in US history textbooks. Strange, since it’s the same craze that popularized Fitter Family and Better Baby contests across the nation, that led to the effective incarceration of thousands of children, that sterilized over eight thousand men and women in the state of Virginia alone between 1924 and 1979, and that served as Hitler’s model for his diabolical Final Solution. We don’t talk about the origins of eugenics here in America because most of us don’t know about it; we don’t know about it because no one wants to stand up and point out the monsters who walked in our midst.

My second book, Master Class (alternatively titled Q in the United Kingdom), is a work of fiction. No footnotes, no data, no bibliography of sources. The story is completely made up, the invention of a dark mind with a bit of anger lurking inside.

The curious reader of this horror story will discover sprinklings of fact and the names of very real monsters in its pages. I hope you find them as frightening as I do. 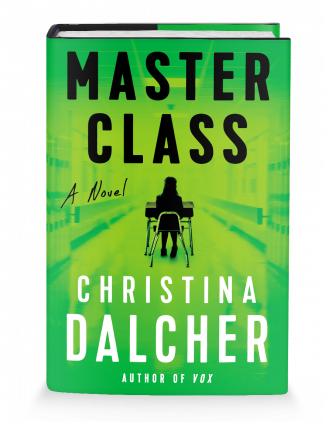 About Master Class by Christina Dalcher:

It’s impossible to know what you will do…

Every child’s potential is regularly determined by a standardized measurement: their quotient (Q). Score high enough, and attend a top tier school with a golden future. Score too low, and it’s off to a federal boarding school with limited prospects afterwards. The purpose? An improved society where education costs drop, teachers focus on the more promising students, and parents are happy.

When your child is taken from you.

Elena Fairchild is a teacher at one of the state’s elite schools. When her nine-year-old daughter bombs a monthly test and her Q score drops to a disastrously low level, she is immediately forced to leave her top school for a federal institution hundreds of miles away. As a teacher, Elena thought she understood the tiered educational system, but as a mother whose child is now gone, Elena’s perspective is changed forever. She just wants her daughter back.

And she will do the unthinkable to make it happen.