Larry McMurtry mentions in his brief introduction to The Last Kind Words Saloon, “I had the great director John Ford in mind when I wrote this book; he famously said that when you had to choose between history and legend, print the legend. And so I’ve done.” But the reader will quickly realize that McMurtry’s version of the legend is unlike any other that has been printed over the last 130 plus years.

In the first two pages of The Last Kind Words Saloon, Wyatt Earp, customarily regarded with nerves of steel, turns pale when Doc Holliday says being a dentist is easy: “All you need is a pair of pliers and maybe a chisel for difficult cases.” McMurtry adds that Wyatt “Had always been squeamish.” By Chapter Four, we learn that if Wyatt’s wife Jessie screws up when bartending, “he’d usually slap her, and once or twice he’d done worse …” On the flipside, she chides him for not inviting her to a party, threatening: “I’ve half a mind to throw this whiskey bottle at you.” The uncomfortable image of a wife-beating Wyatt in a tumultuous relationship stands out in stark contrast to the written record of the mutual heartfelt love shared by the real couple for 46 years. So when McMurtry admits in an interview with The New York Daily News that “Dramatic liberties are inherent in fiction; I take liberties if and when they arrive,” it’s evident he’s painting a satirical alternate history of the famous folks that may just cross a line for my taste.

Our ‘heroes’ are presented as aimless, flawed creatures wandering from one town to another in the hopes of striking it rich. At times, their conversations border on the absurd, whether they are discussing soiled doves, measuring penises, or what the word “irascible” means. Many of the scenes in The Last Kind Words Saloon are meant to be humorous but that depends, of course, on the subjective funny bone. I enjoyed McMurtry’s sparse dialogue, but I can say that I didn’t find it laugh out loud. At best, some situations elicited a minor chuckle, like when Wyatt and Doc climb a tree to escape a stampede only to find themselves in the company of hanged men.

The many faces of Wyatt Earp

On the Set: Monument Valley

Nellie Courtright (who’d been hounding Wyatt in McMurtry’s earlier Telegraph Days—a similar, light companion piece to The Last Kind Words Saloon), turns up as a talent scout for Bill Cody, with who she has a more intimate relationship, and she gets Wyatt and Doc a spot in Bill’s renowned Wild West show. In a narrative that persistently and wittingly degrades the two men, Nellie says, “Now that Bill Bonney’s dead I guess Bill figures that you and Doc must be the best there is—he always seeks the top talent.” Even Wyatt and Doc’s skills with firearms are lampooned when during a practice they burn through forty rounds before hitting their target.

While the ‘chopping off at the knees’ of Wyatt and Doc continues, a number of swirling storylines take foot. There’s the wealthy English Lord Ernle who’s teamed up with Charlie Goodnight in a joint cattle operation, and the Kiowa massacre (which might be an understatement for the bloody disembowelments described), and even notable military VIP General Sherman takes a quick bow across the Last Kind stage before exiting. In addition: Mrs. Goodnight, Lord Ernle’s love interest San Saba, Virgil, Morgan, Warren Earp, The Clantons, reporter Billy Pippin, Satank, Satanta, Little Wolf, Red Beard, Bose Ikard, Chief Quanah, Teddy Blue, and on and on. There are almost too many folks for such a slim novel. Of course, the whole shebang is headed toward the notorious gunfight that happened near the O.K. Corral. The actual gunfight lasted about thirty seconds and, here, McMurtry managed to clear the smoke even faster in some incredible minimalist writing of 72 words. Like the rest of this novel, the author isn’t concerned about the showdown that’s been done to death in books and films. Rather, he’s interested in revealing the fallible character in these two men that have often, by chance, wandered into American history whether they liked it or not.

Even so, I’m left wondering why all the Earp bashing—the book could have been titled Deconstructing Wyatt Earp. I get that he wasn’t perfect. We can point to his murderous Vendetta Ride and his scandalous refereeing of the Fitzsimmons-Sharkey boxing match as examples of his less-than-perfect (human) nature, but the image printed in this retelling is of a man not worthy to pass you by on the street.

The book ends with a newspaper article where Nellie Courtright interviews an aging Wyatt who’s shrunk with age. “The famous hero of the O.K. Corral was now a rheumy-eyed old man who spent his days spitting tobacco into a coffee can.”

I’ve sat around many a McMurtry campfire and have enjoyed the master’s sagas: Lonesome Dove, Horseman, Pass By, and The Last Picture Show. Those just scratch the surface of a career filled with amazing stories that I’ll want to share with my grandchildren. However, the embers of the tall tale The Last Kind Words Saloon are likely to extinguish a lot quicker. 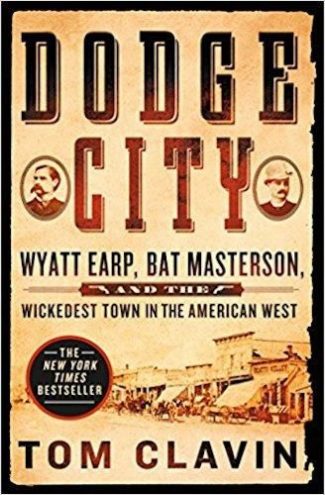 Now in paperback, Dodge City by Tom Clavin is the New York Times bestselling story of the taming of the Wild West—set in Dodge City, the most depraved and criminal town in the nation. The Wyatt Earp myth is spent, taking its place alongside Bingham’s Washington crossing the Delaware and Paul Revere shouting “The British… 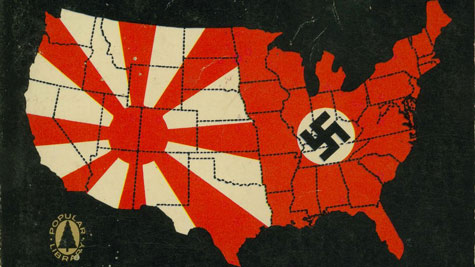 What If We’re Living In an Alternative-History Novel?

Walk into any bookstore or library and you’ll find them: the big signs overhead that guide you to “Fiction” and “Nonfiction.” Oh sure, there are signs for subcategories too, like “Mystery” and “Biography.” But let’s just think for a moment about that binary Fiction/Nonfiction divide. Are we really sure where to draw the line? Here’s…