The Lady from Zagreb by Philip Kerr is the 10th Bernie Gunther novel, nominated for the Edgar Award for “Best Novel.”

Philip Kerr’s historical crime series, featuring Berlin detective Bernie Gunther, spans over twenty years, three continents, countless double crosses, and more than a few gun-toting fräuleins. Though the bulk of the series revolves around events occurring around the time of WWII, Kerr does not write the series chronologically, choosing instead to jump around from the 1930s to the 1950s. It’s notable, though, that Kerr waited until the 9th and 10th books in the series, A Man Without Breath and his latest, The Lady from Zagreb, to tackle the later years of World War II, when the atrocities carried out by the Nazi government were becoming widely known, even to native Germans who were being purposefully kept in the dark.

One can understand why Kerr would hesitate to write about this time in German history. It’s one thing for Gunther, the sardonic, wise-cracking protagonist of the series, to hold down his job in Berlin as a private detective in the years leading up to the war, while also maintaining a strong dislike for the Nazi Party; it’s quite another challenge for Gunther, who travels in the highest circles of power, to maintain his disdain for the Nazis during the war without either being complicit in the crimes of the regime or being killed for insubordination.

In The Lady from Zagreb, Kerr skillfully threads this needle by making Gunther so useful to his superiors that they tolerate his contempt for them. In fact, Gunther’s lack of political ambition is viewed as a valuable asset to those in positions of authority who distrust their fellow high-ranking colleagues.

As was the case with A Man Without Breath, it’s Joseph Goebbels, the Minister of Public Enlightenment and Propaganda, who comes calling for Gunther to help his film-star mistress, Dalia Dresner, locate her father in Croatia. Though this search is the heart and soul of the novel, Goebbels’s request does not occur until about a third of the way through the novel, after a longish set-up that finds Gunther ensnared in a run-of-the-mill-murder investigation in Berlin—the kind of homicide that Gunther used to specialize in, but now seem unimportant, even quaint, in wartime Germany. Gunther extracts himself rather effortlessly from this predicament, and we quickly move forward a year to Goebbels’ request, though the details of the original murder will of course become relevant later.

That Goebbels would concern himself with such a quotidian matter as the wishes of his mistress at the precise time the war is turning against the Germans is explained when Gunther meets Dalia Dresner sunbathing at Goebbels’s summer house. In the grand tradition of noir, Gunther falls quickly and completely for the ravishing starlet. Like Orson Welles in The Lady from Shanghai, once Gunther lays eyes on Dalia, he wasn’t “in his right mind for quite some time.” It also doesn’t help that Gunther, feeling particularly faithless at this point in his life, is vulnerable to falling for something or someone that isn’t associated with Adolph Hitler. As he tells Dalia:

My eyes. They’re not so sad right now. As a matter of fact, I was just thinking how this is the first time in a very long time that I’ve felt as if life was actually worth the candle. That I can actually manage a smile that isn’t oiled with sarcasm.

Thoroughly smitten, Gunther agrees to look for Dalia’s long-lost father. This search takes him on a hellish trek through Croatia, where he witnesses acts of horror so depraved it makes Gunther, no novice when it comes to the witnessing of war crimes, recoil. This section of the book contains some of Kerr’s strongest prose, such as this reaction to seeing the infamous Jasenovic death camp, located in a brick factory:

Just as other men like these men—perhaps their great–great-grandfathers—created a fine cathedral from bricks in Zagreb. On this occasion, however, they built this place to mark where and what man has been. To testify to what we all have within us—that capacity for death and destruction which all men possess. You see, for every Sistine Chapel there are a hundred places like this one, Gunther. And let me ask you this: Truly, is one any less valid as an expression of human endeavor than the other? No, of course not.

Reeling from his trip, Gunther is then sent to Switzerland to deliver his findings to Dalia. There, Gunther uncovers the morally questionable lengths that the Swiss have gone to in order to maintain their neutrality.

While in Zurich, Gunther is also asked to look into a cold case of a woman murdered and thrown into the lake (a nice hat tip to Raymond Chandler, one of many Easter eggs Kerr sprinkles in throughout the book for fans of noir film and literature). Complicating matters are the OSS—led by a young Allen Dulles—and the Gestapo, who take turns trying to either make Gunther talk or make him disappear.

If it sounds like there is a lot going on at once, there is. When the cold case is introduced fairly late in the book, the reader is tempted to think that Kerr is just gilding the narrative lily. But fear not, Kerr deftly weaves all the disparate threads together to deliver an ending that is genuinely surprising and moving.

The Lady from Zagreb, like all of the novels in the series, is a book for adults. While I’m sure his publicists would wince at that description, it is meant as a high compliment. I suppose this observation might seem obvious, given gruesome subject matter like Croatian death camps, but it’s not merely the setting that is mature. Gunther’s psychological disillusionment cuts deep, offering the portrait of a middle-aged man who is truly lost.

The book is also stylistically grown-up. Kerr lets the story unfold at its own pace, confident enough that he doesn’t have to shock everyone with a grisly murder on the first page. Nor does Kerr end every chapter with an unnecessary cliffhanger. And the conclusion, while satisfying on its own terms, does not provide the kind of closure that most crime novels feel they need to offer. It is, however, a fitting conclusion for the senseless, horrifying world Gunther finds himself trying to navigate. Kerr knows that Germany, in 1943, was not a time of happy endings.

Court Haslett's San Francisco historical crime novels, Tenderloin and Trouble No More, will be released this summer by 280 Steps. Follow him on Twitter @courthaslett.

This Storm by James Ellroy is a massive novel of World War II Los Angeles—when torrential rainstorms hit the city, a body is unearthed in Griffith Park. The cops rate it a routine dead-man job. They’re grievously wrong. I’ve been reading the Demon Dog of American Literature since I stumbled across The Black Dahlia in…

There is no honor among thieves, they say. Perhaps it should not be surprising that when thieves are recruited into a nation’s secret service, there may be a shortage of honor among spies, also. This is what happened during World War II when the Allied powers were desperate for any means to defeat the Nazis,… 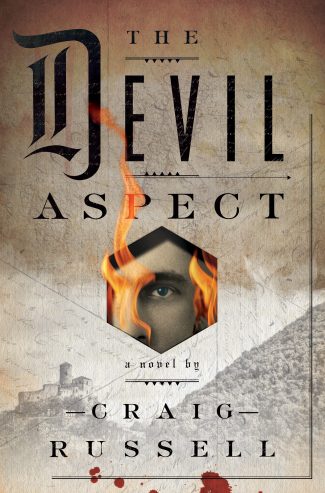 Craig Russell’s new historical thriller The Devil Aspect centers around an asylum for the criminally insane in Prague, 1935. As a new serial killer emerges in the city, a young psychiatrist works with the asylum’s serial killer-patients to research whether they exhibit an archetype of evil called “The Devil Aspect.”  Dread hangs heavy over the Hrad Orlů…