On the night of March 13th, 1964, Kitty Genovese was brutally raped and murdered outside her apartment building in Queens, New York. Her neighbors heard, and a couple even witnessed some part of the event as it took place. No one called the police for thirty minutes. It turned out that many of the 38 witnesses who heard the murder take place thought they were listening to a lovers quarrel.

It was the death of Kitty Genovese that inspired Ryan David Jahn’s brilliant debut crime novel, Good Neighbors, winner of the 2010 Crime Writers’ Association John Creasey New Blood Dagger award. Good Neighbors is about the people who witness a similar, fictional crime, and how their lives intersect on that night. However, it’s also about the impact that not calling the police, not getting involved, has on their lives. Jahn’s writing is tight, gripping, and spare, allowing the reader to really connect with the emotionally charged story. You can open the book to any page, begin reading, and it immediately becomes impossible to put down.

The psychological basis behind what happened to Kitty Genovese, which scientists named, “The Kitty Genovese Syndrome” or “Bystander Effect,” is one I have thought about quite a bit. Bystander Effect is, basically, the phenomenon that occurs when a group of people witness a crime or disaster. Scientists have found that the larger the group of viewers, the greater chance no one will do anything; everyone thinks that the next person will take responsibility. The scientists conducting these experiments have also found that the more a male in the group perceives himself to be “macho”, the less chance he will intervene to call police or stop the crime, due to his desire not to risk embarrassing himself in front of a crowd.

Information like that makes me WAY more afraid to go outside and interact with my fellow humans.

After you read Jahn’s book, you should dig out a copy of the 1975, made-for-TV movie, Death Scream, based on the Genovese case. It stars not only Ed Asner and Art Carney, but also one of the actors I miss most and who died WAY too young, Raul Julia. There’s one scene I will always remember: a shot from one of the windows above the street as the bleeding victim runs screaming across the street, and the neighbor just shuts the curtains and turns away.

Speaking of movies and neighbors, there’s another movie I wanted to mention. It’s a Canadian film done last year, that’s finally seeing some American distribution. It’s also called Good Neighbors (no relation to Jahn’s book) and takes place in Quebec, 1995, in the dead of winter. A serial killer is running amok in a small neighborhood, and the tenants of an old apartment building have to figure out who they can trust and who they can’t. I wonder how many of them would call the police, if they heard a neighbor screaming?

Could something like what happened to Kitty Genovese, and to Katrina Marino, the protagonist in Jahn’s Good Neighbors, happen today? The Internet seems littered with hours and hours of bystander video of all sorts of crimes. People even cheer on the criminal in some cases. However, for every person who sits back and tapes an assault rather than trying to stop the crime, there seems to be a person who leaps onto the train tracks as the train rockets down on some innocent person who happened to stumble. I’d like to believe that, in a stressful situation, I would react well and help a person or at least call the police, rather than wait for someone else to step in.

I guess, for most of us, we will never know until we find ourselves “in the breach.” How do you think you’d react, if you were in a crowd and a violent crime happened right there in front of you? Would you be on your phone calling the police? Or on your phone posting the clip to Twitter? 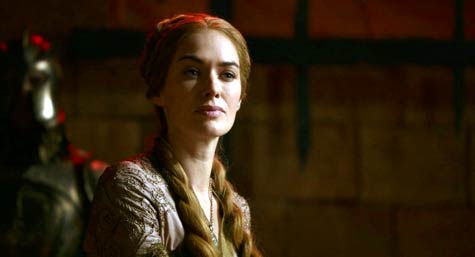 A Matter of Perspective: A Defense of Cersei Lannister

After last night’s episode of Game of Thrones, “First of His Name”, I can finally write an article I’ve been wanting to for a while—a defense of Cersei Lannister. From the very beginning, viewers (and readers) have been explicitly instructed to despise Cersei. Starting with an ice-cold glance upon her arrival at Winterfell in the… House on fire? Batman and Captain America to the Rescue! Bouchercon: The Mystery of Conventions

Yesterday, Clare Toohey posted about the Anthony Awards, which were definitely a highlight of Bouchercon.  But I thought those of you who weren’t there might like to know what this blogger learned by attending: I met a lot of men who are deeply afraid of Christa Faust, and she likes it that way. The St…