Join Doreen Sheridan as she revisits Catch Me: Kill Me, a tale of espionage set in NYC and winner of the 1978 Edgar Award for Best Novel.

Right from the very title, William H. Hallahan has written a book of juxtapositions, a novel that relentlessly compares and contrasts its two main protagonists and the situations and societies in which they find themselves. Ostensibly a spy thriller, Catch Me: Kill Me follows two men who never meet, and whose interests in the case of a kidnapped Russian defector and poet do not overlap. Both men are initially reluctant to get involved but soon find themselves persisting despite the odds stacked against them.

The less likely of our heroes is ex-CIA agent Charlie Brewer, a long-time company man who was pensioned out for a homicidal incident in a London pub. Now down on his luck and living over a New York City pool hall frequented by what could be generously considered colorful characters, Brewer experiences an existential crisis as he finds himself unmoored from the one thing that gave his life meaning:

During all his intelligence career, he’d never truly known fear. In the greatest danger, when the world in front of him seemed filled with dark and menacing doorways, he felt he was part of a team. It was a job—he was a pro; he was building points in his career; his paycheck was always there; he had fringe benefits and pension credits and medical coverage, and he was safely nested in an organization that would take care of him, come what may.   Now he faced no danger. There were no darkened doorways. Yet now he was afraid—he was alone; he was facing the future without a plan; he had no job, no career, no identity, no backup, no security. The future was a door he was afraid to open.

Surrounded by grifters searching with dwindling luck for their next big scores, Brewer can feel himself becoming slowly infected by their nihilism. So when a former superior comes calling, promising a way back in if Brewer can freelance a difficult case, Brewer is initially eager… till he finds out what the job entails. Several days ago, Boris Kotlikoff was kidnapped in broad daylight from Grand Central Station by a cadre of Russian diplomats, none of whom can be prosecuted due to the immunity of their positions. His job now is to find Kotlikoff, assuming that the poet is still alive, and return him to American custody, a task so fraught with risk that the CIA will only attempt it by proxy.

Our other protagonist, Immigration and Naturalization Services agent Ben Leary is tasked with performing a routine return of the belongings Kotlikoff left at the scene of his abduction to Kotlikoff’s family. Leary figures that’ll be the extent of his involvement with the case, but when CIA agents ramp up activities to dissuade him from looking further, a streak of stubbornness compels him to keep investigating. This culminates in an agency thug delivering a very pointed, very physical message to Leary in a phone booth at Grand Central:

Leary got up on one knee and held on to the wall. Then he gripped the folded door and stood up, only to stumble backward onto the seat in the booth. His legs would not support him. Blood trickled down through his hair to one eyebrow; more blood flowed from his crown down through his hair, back to the nape of his neck.

At his feet were his glasses, pencil, coins, envelopes and papers, raincoat and attaché case, like wreckage from a crash.

He looked, panting, at the dozens, the hundreds of people hurrying by, their eyes averted, carefully walking around his coat. He felt embarrassed at deflecting their ways.

He looked at their faces—and that was the message.

This deliberate disinterest in the face of a very public violence—inspired, according to Mr. Hallahan, by the callousness of the witnesses to the Kitty Genovese murder—stands in stark relief to Leary’s dogged conscientiousness, a trait that will take him halfway around the world and back while immersing him in the Jewish history and culture that informs so much of Kotlikoff’s life and works. Fascinatingly, the amiable Leary’s path looks only into the whys of Kotlikoff’s abduction, searching through the victim’s past, whereas the less savory Brewer’s efforts seek only the how of recovering the defector, caring only about the immediate future and the now. And while the two men have investigating Kotlikoff in common, one has been hired by the CIA while the other is actively obstructed by same. Putting their two plotlines together, essentially running them in parallel while still calling back and forth with the themes and intents, is a writerly masterstroke that rightfully earned Mr. Hallahan his Edgar.

It’s hard to discuss the impact of a book as unusual and celebrated and yet, forty-one years on, as obscure to the modern reader as this one. Mr. Hallahan is perhaps more remembered nowadays for his horror novels and non-fiction, despite his award-winning thrillers. His books did tend towards somewhat ambiguous endings, though were hardly pioneers in that respect. What Catch Me: Kill Me does perfectly, however, is capture the zeitgeist of its setting, for good and ill.

One of the things that first struck me upon reading the novel was how different spycraft was in the 1970s, how much more innocent and less paranoid the Soviet Union was, at least in terms of security, in comparison to present-day Russia—a contrast that only serves to reinforce the idea of duality that permeates the book. Policies change, of course, in large part due to advancing technologies, but this book is still a remarkable snapshot of how things used to be.

Nowhere is this more apparent than in the depiction of New York City. The metropolis of the 1970s is as far removed from its modern incarnation as Mr. Hallahan’s Soviet spies are from their present-day equivalents. Populated by the fearful and the people who prey on them, back in the days before Times Square became a wholesome tourist mecca, it’s an entirely different and arguably worse society from the one we know today. It’s heartening to think of the progress made within my lifetime alone, a message supported by the hopefulness of the somewhat open-ended conclusion of the novel. Doing the right thing no matter the motivation is the best way forward, it seems to say, providing a beacon of hope and a direction for a society at risk of closing in on itself with despair, a message conveyed in a manner and mystery that the Edgars saw fit to reward.

Join us again next Friday when Hector Dejean takes on a hunt for “Die Nadel” in Eye of the Needle by Ken Follett, the 1979 Best Novel winner. See you then! 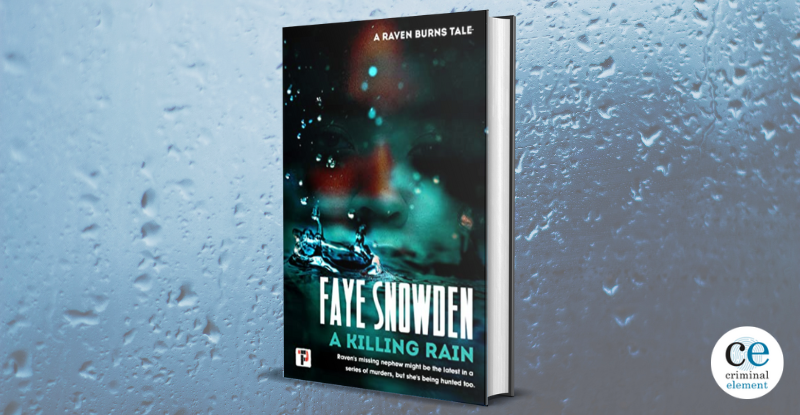