August 19, 2021
Hannah Dennison, author of Danger at the Cove, joins us to discuss her 20 years in Hollywood and some of her favorite books set in the film industry.

I had an appointment to view a small house to rent in West Hollywood. It was my second day in Los Angeles having just moved—with my ten-year-old daughter and two cats—from a tiny English village to pursue a screenwriting dream. Luckily, I had a job lined up at New Line Cinema and a green card.

The house in question had crime scene tape across the front door. Apparently, I hadn’t got the message that a homicide had been committed there the day before and that the house was no longer available.

Back in the nineties, with the riots, the fires, the Northridge earthquake, and the AIDS crisis, Los Angeles was a very different place than it is today. The one friend I knew subsequently moved to Colorado four weeks after I arrived (I tried not to take it personally), but made sure to give me a laminated trifold map with the “dangerous” no-drive areas marked in black crosses. These were places where I was likely to be rear-ended and mugged, or dragged out of my car and shot. She also warned me that if I let my cats outside they were more likely to be eaten by LA’s homeless than by coyotes. Thankfully, none of that ever happened to me although once, our home was burglarized in broad daylight. But I was committed and hung on.

What is it about the City of Angels that proves so alluring to aspiring writers, actors, and filmmakers? Along with the intoxicating scent of night jasmine and orange blossom, there is that sense of possibility; that if you work hard enough and network with the right people, you too can enter the inner circle (i.e. that elusive two percent). And it does happen. Sometimes.

So where did it all begin?

In the early 1900s, Thomas Edison’s Motion Picture Patents Company held the majority of motion picture patents for processing and projection equipment. Based in New Jersey, it was known as “the Trust” and meant that independent filmmakers were often sued to stop their productions. To escape this, filmmakers began to head west to California.

Zelda Roland’s article, “How Did Hollywood End Up in…Hollywood” says, “In 1911 the Moving Picture World trade magazine boasted that,  ‘320 days a year of ideal motion picture photography weather could be expected in Southern California.’” Not only that, within a small radius, the different architectural styles could convey a broad range of settings. The diverse Californian terrain of mountains, desert, and sea were ideal for outdoor shooting. Land was inexpensive and, even better, available for filmmakers to build sets, palaces, and factories on. Finally, since LA was non-union, there was plenty of cheap labor and people soon flocked to work there.

In 2021 it’s still a transient metropolis. Perhaps that is why Hollywood provides the perfect crucible for murder!

The city lends itself to noir—cynicism, fatalism, and moral ambiguity. It’s also a law unto itself with its celebrity culture. Where else could O.J. Simpson be acquitted of murder?

Hollywood is a place like no other because it trades on hope, dreams, ambition, and greed. Happily, my cats survived, I married a second-generation Angeleno and spent twenty years working for three major studios in international sales and marketing, reading thousands of scripts and getting so close to having so many of my own projects get the greenlight only for them to collapse at the last minute. You have to know when to walk away and I did just that. Almost.

Danger at the Cove, the second in the Island Sisters Mysteries, chronicles the adventures of two sisters who inherit a crumbling Art Deco hotel on an island twenty-eight miles off the southwest English coast. Although my protagonist is a young widow, her film producer sister has quit Hollywood for good until a friend from California shows up and reignites that tantalizing dream.

Here are my top five favorite books that are set in the film industry:

A true classic and my number one pick about the brutal and gritty reality of Great Depression 1930s Hollywood through the eyes—and dreams—of an idealistic set painter.

A fast-paced and highly entertaining story about a mobster-turned-movie producer in Hollywood. Rumor has it that the story and characters were inspired by Leonard’s own experience writing a screenplay for an A-List actor.

I love this portrait of contemporary Hollywood—it took me back a few years! Griffin Mill is a ruthlessly ambitious Hollywood studio executive whose career is already on the wane. He callously wields power over writers and their futures until he starts getting death threats from a screenwriter whose script he rejected.

A studio executive once told me that indie producers were known as “bottom feeders” so I had to include John Shepphird’s page-turning whodunit on my list. Set on a remote movie ranch, this violent, gory thriller features a killer who haunts the set of a low-budget horror film. 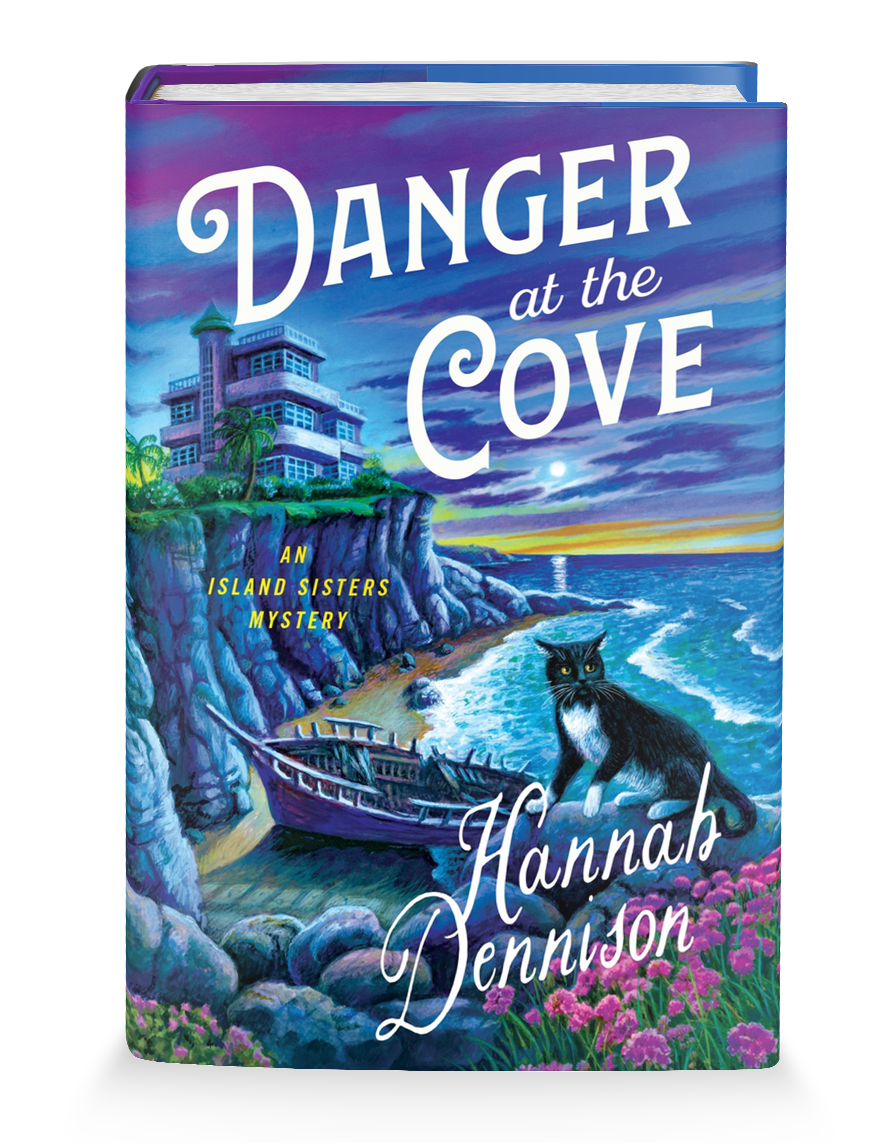 About Danger at the Cove by Hannah Dennison:

Renovations on Tregarrick Rock Hotel are coming along, and Evie Mead thinks they just might be done by opening day. Then one of her sister Margot’s old Hollywood friends, Louise, arrives unannounced—and expecting VIP treatment.

Evie has half a mind to tell Louise to find other accommodations, but Margot pleads with Evie, saying that Louise—despite her upbeat and demanding attitude—is grieving her recently deceased husband. Evie pities her, and besides, the sisters need help. A simple rewiring project has resulted in a major overhaul of the hotel, and they’re way over budget. The small life insurance policy left to Evie by her own husband is gone, and they are desperate for funds. Margot believes that Louise, a marketing guru, can put the hotel on the map and give it the boost it needs.

But when a member of the hotel staff is found dead, and then another murder follows, the sisters’ plans crumble before their eyes. Who would do such a thing—and why? In a rollicking adventure involving a shipwreck filled with buried treasure, a dashing and mysterious Australian named Randy, and old rivalries stretching back to far before Evie and Margot ever set foot on the island, it’s all hands on deck to find the killer—and save the hotel.