The Book That Almost Killed Me 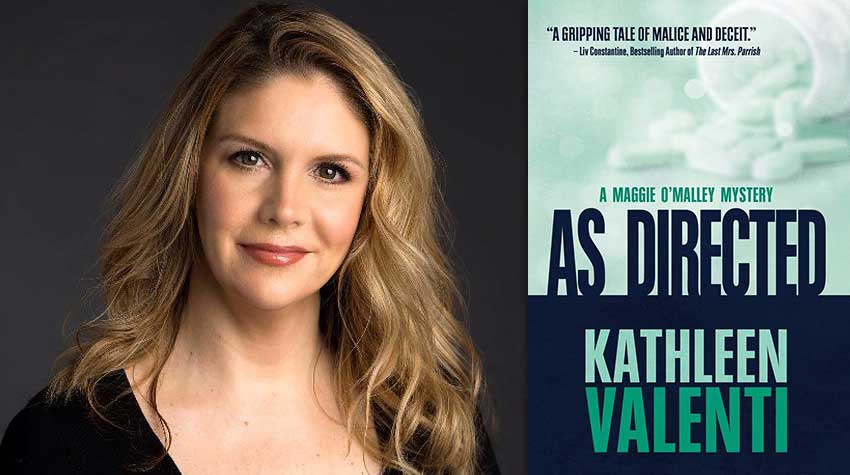 When it comes to mystery novels, there’s a host of ways to die. Scuba mishap. Nicotine patch overdose. William Tell re-enactment. Yet when I set out to write As Directed, I never dreamed I’d nearly succumb to death by book.

You see, I not-so-affectionately called the third book in my Maggie O’Malley Mystery Series The Book That Almost Killed Me.

With a couple of books under my writerly belt—the first receiving nods for two prestigious awards; the second becoming a fan favorite—I thought I had this whole novel-writing thing down.

I’d done it twice before, I reasoned. I knew what it took to craft a compelling plot, create flesh and blood characters, and create a story that entertains and intrigues. Wasn’t I wiser for having penned two books? Hadn’t I learned lessons and gained insight? Didn’t my previous experiences give me mental food for the journey ahead?

Turns out, not so much.

As I sat before my laptop, a deadline to meet and an editor to please, I felt as if I were starting at square one. No, not square one. The vestibule in an outbuilding adjacent to the room that houses square one.

As one writer so aptly put it, writing a novel is like climbing a mountain. Except you forgot all of your climbing gear. And you also forgot what a mountain is.

Yes. So much yes.

I wrote, of course. As a copywriter for more than 20 years, I knew I had to keep moving forward, come hell or social media distractions. But as my word count rose, so did my feeling of unease.

Was the book interesting? Did it make sense? Did the characters move and grow and change of their own volition, or were they simply pawns shuffling around the chessboard of my imagination?

I had no answers. So I wrote more. Researched harder. Doubled-down on my outline and tripled-up on my anxiety. Before long, my internal editor took over, drowning out the voice of my characters and leaving me with relentless stomachaches, chronic insomnia, occasional but debilitating migraines, and one resounding refrain: Don’t just kill your darlings. Kill the whole damn book.

There was a moment that I was tempted. It was me versus the book, a battle to the death. Metaphorical, of course, but the pain felt real enough.

Instead of hitting delete and scrapping the whole thing, I considered how to release myself from the stranglehold the book had on me.

My realization? It wasn’t the book tightening the noose. It was me.

Part of it was my slavish attachment to my extensive outline. Part of it was the balancing act of the day job and the wife-and-mom job. All of it was a result of getting in my own way, twisting the rope tighter with each doubt and every worry.

So I let go. I let the characters take the wheel while I kept my eye on the roadmap of my outline. I stopped writing around the clock. I watched Chris Farley movies and learned to say no to the things that brought no joy and little meaning.

Soon there was loosening that started in my chest and worked its way up to my neck. The stomachaches subsided. The story bloomed.

I’d like to say the rest was easy. It was anything but. (Such is the way with books.) But the moment I typed “The End,” I was awash in not just relief but delight.

I liked the book I once hated. Loved it with the parental affection showered on a prodigal child, in fact. I didn’t kill my darling. It didn’t kill me. Instead, I emerged stronger, like steel burnished in fire.

It feels like a success, a victory, a cause for celebration. We both survived the trial.

Of course, I reason as I look at the blank screen and mentally crack my knuckles, there’s always book four…

Kathleen Valenti is the author of the Maggie O’Malley Mysteries, including her Agatha- and Lefty-nominated debut novel, Protocol, and 39 Winks, which releases May 22nd. Kathleen lives in Oregon with her family where she drinks too much coffee and pretends to enjoy running.