The 86th Village by Sena Desai Gopal: Cover Reveal + A Note from the Author!

September 22, 2021
Hitting stores in March 2022, check out the cover of The 86th Village for the first time here and learn about Sena Desai Gopal's inspiration for the novel. 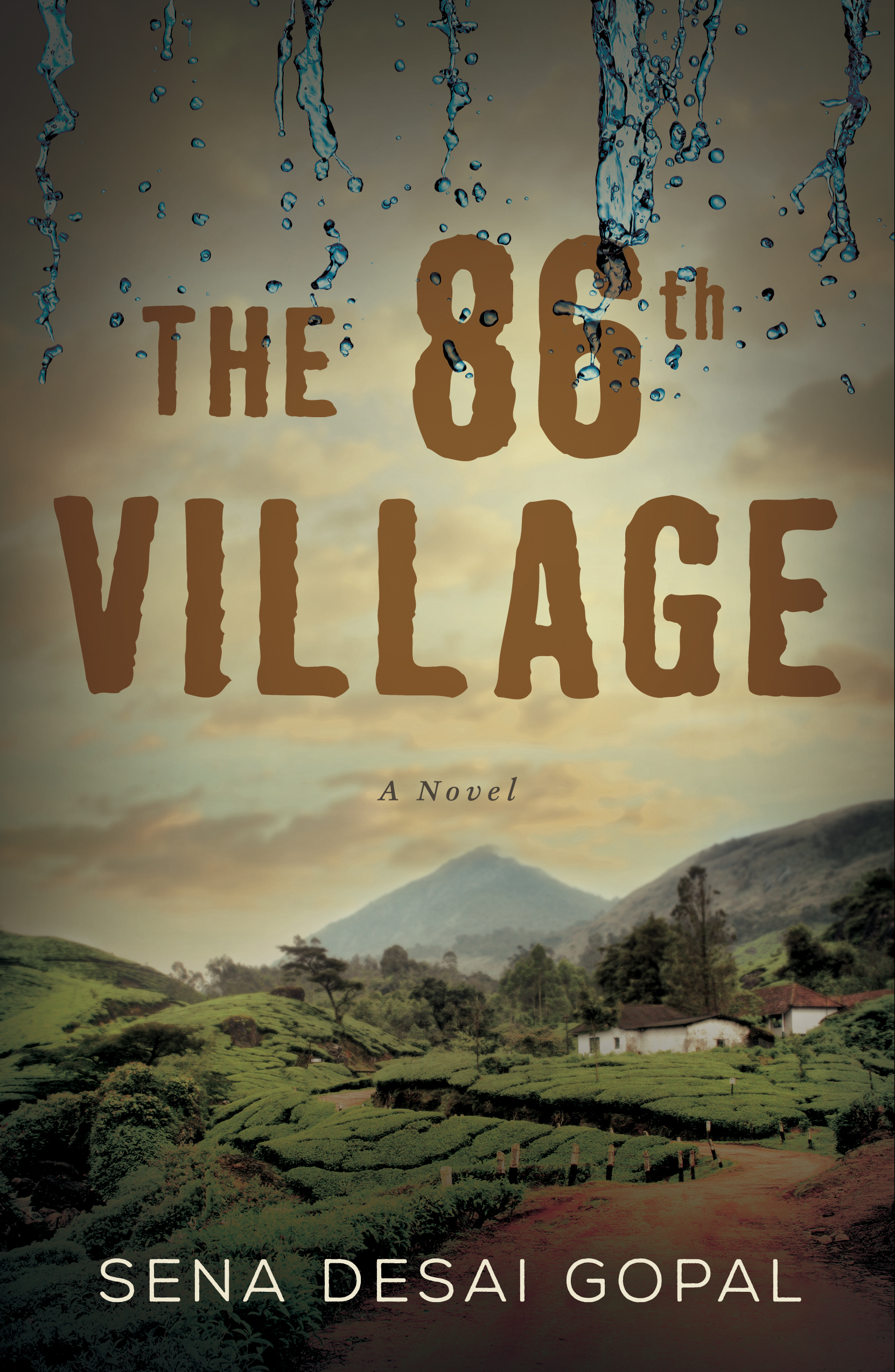 A Note from Sena Desai Gopal

The 86th Village takes place in a southern Indian village doomed to drown in the backwaters of a dam. The story and characters are fictitious, but the setting is autobiographical. My ancestral village, Yadahalli, will drown in one of India’s biggest dams—The Upper Krishna Project—across the 900-mile long Krishna river. My landowning family has lived in Yadahalli for centuries; 18 generations have farmed the land, growing maize, millets, oilseeds, cotton, and sugarcane.

My book is an attempt to immortalize Yadahalli, share its generous spirit with the world. For future generations, it will offer a glimpse of a life that once was.

When I was a child, the adults, especially my grandfather, a politician and member of the Indian parliament, spoke of the impending submergence of Yadahalli and 175 other villages. But even he, with his clout and connections, had no idea when this would happen.

The dam’s construction began in 1964 but at such a slow pace that it was hard to predict when a village might flood, forcing people to leave. An entire generation lived in limbo, uncertain of the future. In these doomed villages, it even became hard for parents to find brides for their sons. The future of these young men, especially if they were farmers, was uncertain.

As a child, I spent summers in Yadahalli. My friends and I ran around my 250-year-old ancestral home, discovering new spaces, hidden rooms, discarded knick-knacks from the past. We went into the surrounding forests and gathered edible berries and wildflowers. We picked fruit from orchards—mangoes, guavas, pomegranate, and chikoos.

There has always been an infectious optimism in the people of Yadahalli. They believe they are being watched over by their benevolent gods and ancestors and their village is invincible—it will never flood. When I was a child, the threat of submergence was so vague and distant that the villagers began living as if their lands and homes would never drown. They modernized their houses. They improved their farms. They bought televisions, refrigerators, and motorcycles.

Dam construction continued in spurts and a few villages would submerge every year. Finally, in 2002, the dam wall was raised to a height that most of the catchment area submerged. Now, when the monsoons come, some villages submerge completely. Others do not, but the backwaters come dangerously close. Yadahalli is such a village—during the monsoons, the backwaters reach the edge of our property.

It is a stunning sight from our backyard. Tops of coconut trees peek out of the water. The spires of the temples in my family graveyard, push upwards. Cormorants, egrets, herons, and flamingoes nest. Crocodiles bask.

Behind the scenes, however, things are falling apart. My family has been at the forefront, fighting for the rights of the displacees. Half a million people will be displaced by the dam but the government still does not have a rehabilitation plan. Farmers want to buy new land but there is not enough land left to buy and the compensation they have been paid by the government is not enough to buy even half of what they are losing. The livelihoods of blacksmiths, carpenters, small merchants, and vendors, dependent on the existence of a functioning village, have been obliterated.

Most of Yadahalli, finally accepting its destruction, has moved but we have stayed because our house has not been flooded. But, when the government completes the project, we will definitely submerge.

Our house is becoming increasingly unlivable. The groundwater table has risen because of the stored water and moisture seeps into the porous stone floors, making them sticky. Water rises up the two-foot thick walls leaving damp patches. Mold invades.

An eerie silence has descended in the village streets that were once alive and bustling. The few remaining families are reluctant to leave the only life they know. Their impeccable, white-washed houses startle the eye amidst crumbling, abandoned buildings. The village bus stand, close to our house, is in ruins. The road connecting it to the nearest town two kilometers away is underwater and buses stopped coming here several years ago.

There is a sad, haunting beauty in the air.

A few years ago, I began researching the project, hoping, as a journalist, to do an exposé. But, my emotions got in the way and I decided to write a novel, tell a story against the backdrop of a dam. The 86th Village is a tribute to the complex, agricultural society about to be lost in the dam. With this book, I hope to make Yadahalli truly invincible.