Like a Norman Rockwell painting hanging prominently inside our heads, many of us cherish memories of Thanksgiving gatherings with loved ones complemented by honey-glazed turkey and succulent desserts. A heartwarming tradition believed to have originated in 1621 by the Pilgrims, now celebrated every fourth Thursday of November since Abraham Lincoln proclaimed Thanksgiving Day a national holiday in 1863.

But life is not a Rockwell painting, and the remembrances we cherish are often more glazed than the turkey that rests as the centerpiece on the holiday table. In fact, a survey compiled last year found that 68% of individuals polled expected “trouble” during their Thanksgiving assemblage. No wonder.

Reuniting with folks we rarely see (often for good reason) can evoke more dread than delight. Stresses are elevated during this time of year with deadlines, strained finances, children underfoot, and long-distance travel by plane, train, or automobile. Then, we arrive at a cramped, stuffy dwelling only to discover crying babies, coughing and complaining elders, rambunctious children, odd strangers, and renewed sibling rivalries, infused with a heavy dose of alcohol and political conversation. Worse, what family doesn’t have at least one seriously troubled member that we hope doesn’t arrive? Dementia isn’t limited to the elderly.

Take one Thanksgiving gathering in Knoxville, Tennessee, last year. Joel Michael Guy Jr. visited his parents and sisters at his parents’ house that they’d recently contracted to sell. The Thanksgiving meal went well, and the sisters returned home, but Joel attacked his parents with a knife that evening, dismembered their bodies and attempting to dissolve the body parts in chemicals before scattering the grotesque remains about the home. I wonder if that contingency was covered in the buyer’s real estate contract.

Another crazed family member was Paul Merhigein in 2009. After finishing off a traditional Thanksgiving meal, the family gathered around a piano to sing Christmas carols. No sooner had the piano fallboard closed that Merhige shot and killed his twin sisters—one of whom was pregnant—an aunt, and a six-year-old cousin and wounded a sister’s husband. “I have been waiting twenty years to do this!” Merhige confessed to Florida authorities with relief.

What would be your Thanksgiving murder weapon of choice? Vote here!

Though the St. Valentine’s Day Massacre may hold the choicest name for a holiday clash, Thanksgiving indisputably holds the top spot for death. Last year, almost 600 individuals were shot over Thanksgiving, and that doesn’t include the countless stabbings and beatings, many of which go unreported. Such incidents make one consider hiring moonlighting TSA employees to screen arrivals at the front door or asking your auntie to bring not only her famous chess pie but pepper spray in case things get out of hand.

But not to worry; not all Thanksgiving mayhem is so grisly. Let’s review what else can happen to us this Thanksgiving short of homicide:

If holiday death and disaster aren’t enough to curdle your custard, PETA members decry the 50 million turkeys raised on factory farms that are “murdered” each Thanksgiving to grace our tables. Also, many Native Americans will remind you how this wondrous day of thanks should really be called National Land Theft Day or National Genocide Day. And perhaps the most bizarre trend is to stampede, brawl, and even kill inside the local department store to save a few bucks, making it indeed a Black Friday.

No wonder funeral directors experience more stress during the holiday season than any other time of the year. But please don’t let my gloomy ruminations of mayhem spoil your Rockwell family gathering this Thanksgiving. I’m sure all will be peaceful and joyful. And if by chance it is and you live to see Monday, perhaps you should consider giving thanks once again—alone. 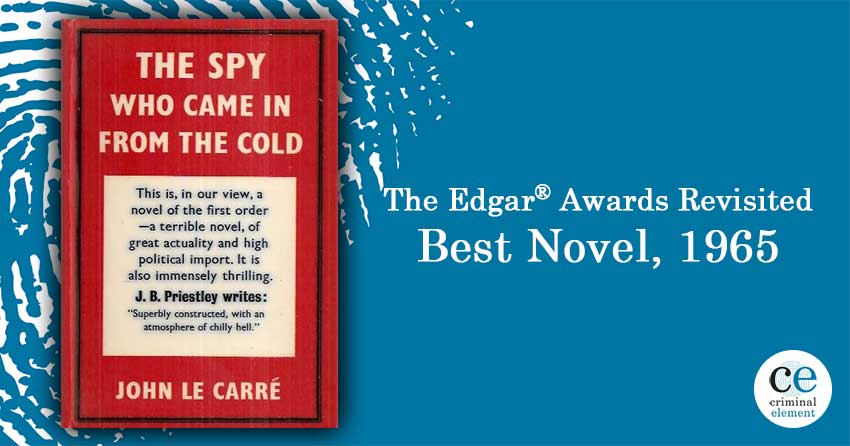 The Edgar Awards Revisited: The Spy Who Came in from the Cold by John Le Carré (Best Novel; 1965)

The Cold War had grown hot. Soviet leader Nikita Khrushchev considered the young U.S. president John F. Kennedy to be weak and fearful of war. Consequently, the Eastern Bloc constructed an 87-mile wall of concrete and barbed wire that divided Berlin, Germany, into eastern and western sections in 1961. The Soviets believed that Kennedy and…