Wendy Walker takes us through a pair of real-life online dates that helped inspire her new thriller The Night Before. Plus, comment below for a chance to win a copy! 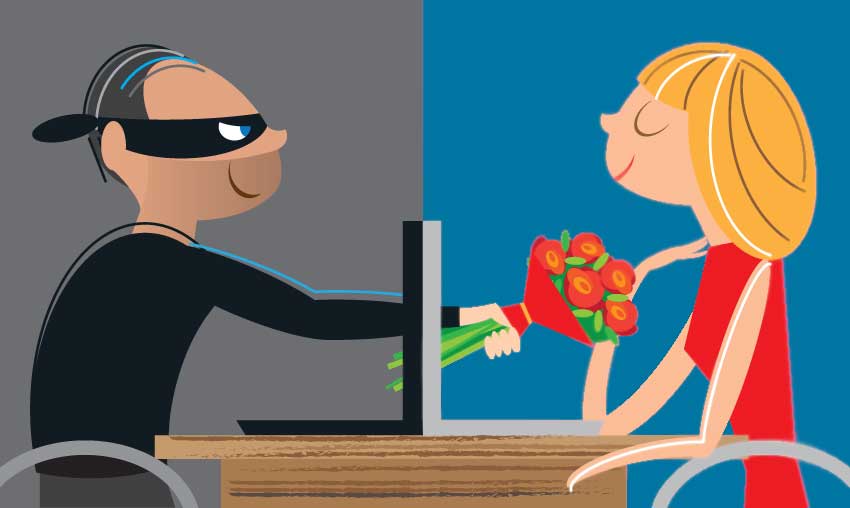 As the author of psychological thrillers, plot ideas often come out of nowhere. I’ll be running at the track and see a plastic bag in the woods—hmmm, what if it was used to kill someone that morning? I’ll hear a creak on the wood floor outside my room—hmmm, what if it’s not the dog or a kid, but that stalker who’s finally decided to make her move? But sometimes, the idea begins in a different way. Not from an out of place object or strange noise, but one that patiently knocks on the door of my subconscious.

After a decade of being immersed in the world of Internet dating—not just my own dating experiences as a middle-aged woman, but also those of a vast and varied community of comrades—I finally answered that door.

Over the years, I began to notice a commonality among every bad Internet date story I encountered: lies. Internet dating sites and apps are not monitored. Just like Facebook and Instagram, people can post whatever they want about themselves. They can change their age, height, weight, hairline, marital status, income, job history, and name, where they went to school and live, what they like to do and are capable of doing, and whether they have children, dogs, or cats. They lie with their words and they lie with old or even fake photographs.

Some men create fictional characters to lure in more attractive “matches.” They figure once their date has ventured out of her home and paid for a drink, there’s a small chance she’ll stay long enough to see what a great guy he is.

I began to notice a commonality among every bad Internet date story I encountered: lies.

But others employ more serious offenses and have more sinister motives. Here are two real-life stories from the front lines of Internet dating that shaped the plot of The Night Before.

When I was constructing the Internet date for my leading lady, Laura Lochner, I knew I was going to use an amalgamation of the numerous “still-married man” stories I had collected. Sadly, the stories about men who claim to be divorced on their profile, but then confess on the first date that they are still married or separated, have become commonplace. Not unlike the guy who looks nothing like his profile picture, these guys think their transgressions are harmless. Because they know their dates will either stay or go after they learn the truth—no harm, no foul.

But for my purposes in The Night Before, I needed the guy to do something sinister enough to ignite Laura’s rage. After all, I gave her a dark, violent history. I wanted readers to be more afraid for her date than they are for her! So, what if he was a serial liar, and had an infrastructure that supported his lie—a sparsely furnished bachelor pad that he hid from his wife, and a detailed story about his divorce that wouldn’t raise an eyebrow? That could make a woman very angry! For this, I looked no further than one of my own experiences. To this day, I can recall every detail one man shared about his “divorce,” and the three years that had passed since that “painful” time. I remember, too, his unfurnished apartment, lacking plates and glassware. Nothing in the fridge. It was my first lesson in the pathology of a serial liar—one I would never have to learn again.

True story: I was at lunch with someone I’d met online. He looked very young for 45. He claimed to be a trust fund kid, born and raised in Greenwich, CT, and said he was a professional race car driver who now had the enviable job of test-driving sports cars. The story sounded so preposterous, I knew within a few minutes this would be our first and last date. But there was something else that gave him away. He had horribly crooked teeth. What trust fund kid from Greenwich is deprived of proper dental care?

When I was driving home, I remembered something he told me about dating another mom from my kids’ school. It was enough for me to track her down. When I texted her and asked her about this man, she wrote back one word in all capital letters—RUN! It turned out he was a professional con man who used his story to gain access to free housing in the mansions of wealthy, divorced women.

Things got even stranger the following week when a guy friend told me he’d been on a date with a woman who’d been conned by a race car driver. I agreed to speak with her. She shared the details of his con, explaining how he juggled three to four women at a time, told some he needed to borrow money because his mother had cut him off, and then spent that money on the new women he was luring in! It was a house of cards that eventually collapsed, given the insular nature of our community. He left town—probably taking his playbook to a new, wealthy suburb where no one had heard of him—yet.

Just like the still married man, I will never forget the feeling I had when I saw the word, RUN!, on my phone, and later learned the reason for such alarm.

These stories, and countless others, have waited years to find their way into a novel. I wanted to capture the feelings they provoked in me and my brave comrades, so I created a split time frame where readers could live a perilous Internet date hour by hour with Laura, but also follow along with the discoveries made the following morning when she doesn’t arrive home.

Sometimes life is stranger than fiction. But sometimes weaving them together makes for the perfect thriller! 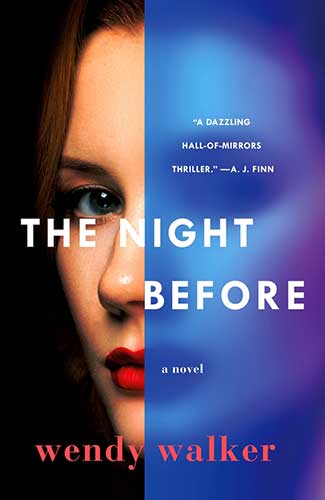 About The Night Before:

Rosie and Laura are as different as two sisters can be. One is stable and has the perfect family. The other struggles to break free from her troubled past. When Laura disappears after going on a blind date, Rosie takes matters into her own hands.

But as Rosie begins to search for her sister, her greatest fears come to the surface. Could Laura be more of a danger than the stranger she meets, or is the night before her last night alive?

Told in dual timelines—the night before and the day after—The Night Before is a riveting thriller about family loyalty, obsession, and what happens when the desire for love spins out of control.

Comment below for a chance to win a copy of The Night Before by Wendy Walker!

The Night Before Comment Sweepstakes: NO PURCHASE NECESSARY TO ENTER OR WIN.  A purchase does not improve your chances of winning.  Sweepstakes open to legal residents of 50 United States, D.C., and Canada (excluding Quebec), who are 18 years or older as of the date of entry.  To enter, complete the “Post a Comment” entry at https://www.criminalelement.com/swipe-right-how-a-few-bad-online-dates-led-to-my-new-thriller/ beginning at 12:30 p.m. Eastern Time (ET) May 14, 2019. Sweepstakes ends at 12:29 p.m. ET May 28, 2019. Void outside the United States and Canada and where prohibited by law. Please see full details and official rules here. Sponsor: Macmillan, 175 Fifth Ave., New York, NY 10010.