Strength of Character: How We Define Our Heroines

By Ashley and Leslie Saunders 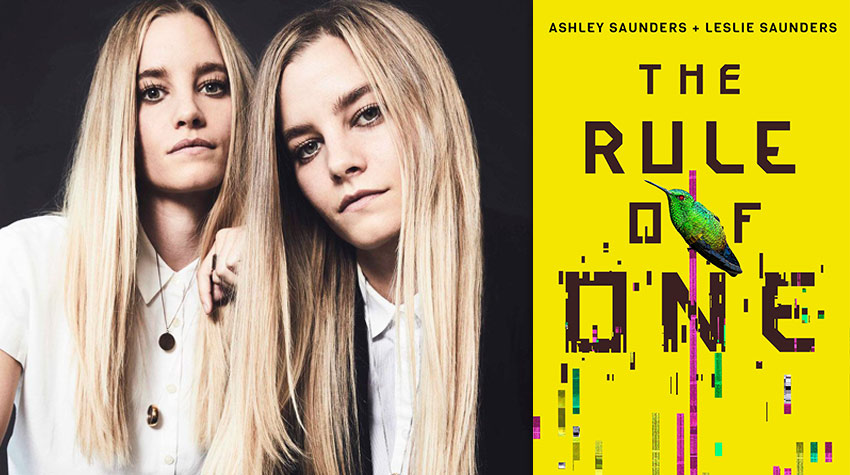 In books and film, most notably in genre, we have always seen the portrayal of strong heroines. Crime-fighting badasses, space-traveling alien killers, leaders of rebellions, presidents. Growing up we both saw no shortage of brave women saving the day and owning her power all over the pages and screens of fiction storytelling. When it was time to put down the stories and get back to the real world, we would find that the acceptance of a strong woman with agency was certainly not a universal or normalized notion/concept.

Post #MeToo, we are seeing things change, in the real world and in fiction. The idea of a strong heroine is evolving, making room for more a complex definition. Strong can mean flawed, vulnerable, fallible—a woman who doesn’t have all the answers but goes on trying anyway. When we sat down to write The Rule of One, it was very important for us to see this in our characters Ava and Mira. They weren’t born with a weapon in hand knowing how to use it. They weren’t born fearless. They admitted when they had no idea what they were doing. And they were stronger for it.

In The Rule of One, Ava and Mira Goodwin are criminals from the day they were born. Their crime: being twin sisters in a one-child-policy America. Their father, the head of the Family Planning Division, dedicates his life to helping his daughters evade the government, teaching the twins the art of deception and secrecy. When Ava and Mira are caught by the powerful governor’s grandson, they are forced to flee their home and their father and take to the open road. Two teenage girls, with only a mysterious map to guide them, against the entire Texas State Guard.

When imagining the twin characters Ava and Mira, we first thought about what we would do if we were born into such a high-stakes situation. Two sheltered girls from Dallas with zero training or survival skills, facing a thousand-mile journey where we would be hunted every step of the way. In their world, no one sees the twins as strong, least of all themselves. They’re young and small, reliant on their father and society to feed and keep them safe. But from the moment they set off on the run, leaving everything they’ve ever known behind, the sisters learn to find their own kind of strength, taking a true ownership of what the word really means.

The sisters never met their mother Lynn—she died giving birth to them—but she plays a central role in their lives. Lynn sacrificed her own life for her daughters, and they vow to honor that ultimate act of love by surviving in a world where they don’t belong. Our own mother has always been a symbol of strength for us. She works harder than anyone we know and made many sacrifices throughout her life so that her children could follow their dreams. Alongside our father, she took on the balancing act of raising four kids (two of them twins, oh my) while holding a high-powered career. It wasn’t easy for her, and she never claimed it to be. It was hard and imperfect and required a lot of asking for help. We always saw her as brave. Our own real-life heroine.

The notion of a “strong female heroine” has evolved to include multiple definitions, but our hope is that the need to qualify a heroine with the word “strong” at all will soon be so unnecessary that it will be like calling the sky blue.

Hailing from the suburbs of Dallas, Texas, Ashley Saunders and Leslie Saunders are award-winning filmmakers and twin sisters who honed their love of storytelling at The University of Texas at Austin. While researching The Rule of One, they fell in love with America's national parks, traveling the path of Ava and Mira. The sisters can currently be found with their Boston terriers in sunny Los Angeles, exploring hiking trails and drinking entirely too much yerba mate. Visit them at www.thesaunderssisters.com or follow them on Instagram @saunderssisters.