Making a Murderer made a compelling case that Steven Avery was actually innocent of the Teresa Halbach murder. And Avery’s guilt or innocence is still a topic of debate—at least in some circles. For example, Ken Kratz and Peter Wilkinson wrote a book that promises to prove, once and for all, that Avery is guilty.

But this debate about factual guilt or innocence badly misses the point. In my new book Convicting Avery: The Bizarre Laws and Broken System behind Making a Murderer, I demonstrate how Avery’s conviction is unreliable due to the deeply flawed rules and procedures that were used to obtain it.

For example, Wisconsin’s ethics rules allowed Kratz to try the case in the media long before the real trial began. Viewers of the documentary will remember Kratz describing Avery—in vivid detail—as the deranged, “full of sweat” uncle who raped Halbach before murdering her. As juror questionnaires later revealed, this pretrial media blitz erased the presumption of innocence and put Avery in a deep hole before his trial even started.

And at the trial itself, things got even worse. For example, the rules of evidence allowed the state to use unreliable but emotionally persuasive junk science—yet, at the same time, the rules prevented the defense team from introducing evidence that a third party, other than Avery, murdered Halbach.

Additionally, the rules of criminal procedure allowed the state to stack multiple charges against Avery. And, although some of those baseless charges (including the sexual assault charge) were eventually dismissed before trial, the state’s ability to stack them up still resulted in the jury’s compromised verdict. That is, the jury found Avery guilty of murder but not guilty of mutilating a corpse—an irrational split verdict that not even Kratz could have imagined, yet gladly accepted. Given the ethics rules, evidence rules, and other procedural rules that led to the jury’s mixed verdict, it’s tough to have much confidence in the outcome of Avery’s case. But things are even worse than they appear. As I discuss in Chapter 7 of my book, Wisconsin’s burden of proof in criminal cases actually falls well below the constitutionally guaranteed “beyond a reasonable doubt” standard that is supposed to protect us. In fact, the burden of proof jury instruction read to Avery’s jury—and to nearly every jury in Wisconsin criminal cases—is probably the most constitutionally defective instruction in the entire country.

To begin, Wisconsin’s burden of proof instruction is an unwieldy, 284-word ramble that includes language that has been sharply criticized and rejected in other jurisdictions. But, worse yet, after the instruction’s convoluted explanation of “reasonable doubt,” it concludes with a rather bizarre, contradictory, and burden-lowering mandate. It strangely instructs the jury, “You are not to search for doubt. You are to search for the truth.”

From a logical and linguistic standpoint, this language obviously lowers the burden of proof below the reasonable-doubt standard. As the Fifth Circuit Court of Appeals once stated, “seeking the truth suggests determining whose version of events is more likely true, the government’s or the defendant’s, and thereby intimates a preponderance of evidence standard.” The preponderance of evidence standard is the burden of proof used in civil cases where mere money is on the line; it would be blatantly unconstitutional in a criminal case where a defendant’s life and liberty are at stake.

Yet, Wisconsin prosecutors deny this. For years they have claimed there is no empirical evidence to support the logical, obvious, and inescapable conclusion that Wisconsin’s jury instruction lowers the burden of proof. Therefore, as discussed in Chapter 7 of my book, I teamed up with psychology professor Lawrence White to empirically test this claim in two controlled experiments. (Fans of the documentary will remember Lawrence White from Episode 3, where he discussed the government’s interrogation of Brendan Dassey.)

In our second study, we replicated this statistically significant finding. More interestingly, we also found that the mock jurors who received Wisconsin’s bizarre “don’t search for doubt, search for the truth” mandate were twice as likely to misunderstand the burden of proof. That is, these mock jurors were twice as likely to believe it is legally proper to convict a defendant even when there is reasonable doubt about his guilt. Given the self-contradictory language in Wisconsin’s jury instruction, this finding shouldn’t surprise anyone.

Once Wisconsin’s lower burden of proof is considered along with all of the other defects in the system, it is difficult to have any confidence in Avery’s conviction. Would the outcome have been the same had the prosecutor been prevented from trying his case in the media? Or what if the defense team was allowed to present third-party guilt evidence to the jury? Or what if the state’s junk science was excluded from trial? Or what if the jury was required to be unanimous on the two charges (murder and mutilating a corpse) rather than being allowed to split its verdict?

Most importantly, imagine if the trial judge’s instruction to Avery’s jury did not water down the burden of proof—a burden that is supposed to be “beyond a reasonable doubt.” Imagine that instead of telling the jury to ignore doubt in favor of a “search for the truth,” Avery’s trial judge instructed the jury the way Vermont trial judges instruct theirs: “If you have a reasonable doubt, you must find the defendant not guilty even if you think that the charge is probably true [emphasis added].”

But that’s not the burden of proof in Wisconsin. In Wisconsin, as Kratz famously said in his closing argument, “reasonable doubts are for innocent people.” And in the Halbach case, the prosecutors “knew” Avery was guilty—just as they “knew” he was guilty twenty years earlier in the Beerntsen case. And with such prosecutorial certainty, who needs that pesky “burden of proof beyond a reasonable doubt”?

Michael Cicchini is a criminal defense lawyer in Kenosha, Wisconsin. He is also the author of three books, eighteen law review articles, and numerous columns and blog posts on criminal law and related topics. Visit www.CicchiniLaw.com for more information. 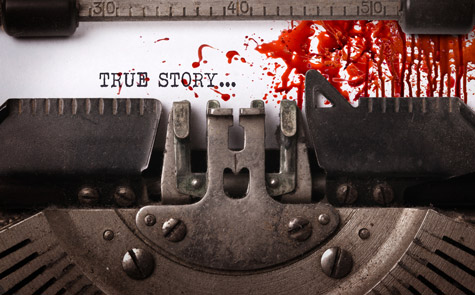 5 True Crime Books from 2017 You Should Be Reading

From Netflix's The Keepers to HBO's Mommy Dead and Dearest to NBC's Law & Order True Crime: The Menendez Murders, true crime has had quite a year. But the documentary format isn't the only thing sweeping true crime by storm—true crime books are, for lack of a better term, alive and well. To prove it,…

Don't see your favorite? Let us know in the comments which recent true crime documentary you liked better!

Convicting Avery: The Bizarre Laws and Broken System behind “Making a Murderer” by Michael D. Cicchini is an unsettling book that gives facts and insights beyond those presented in the documentary and leaves you wondering whether the constitutional right to a fair trial is actually guaranteed where you live. This gripping and riveting book covers…