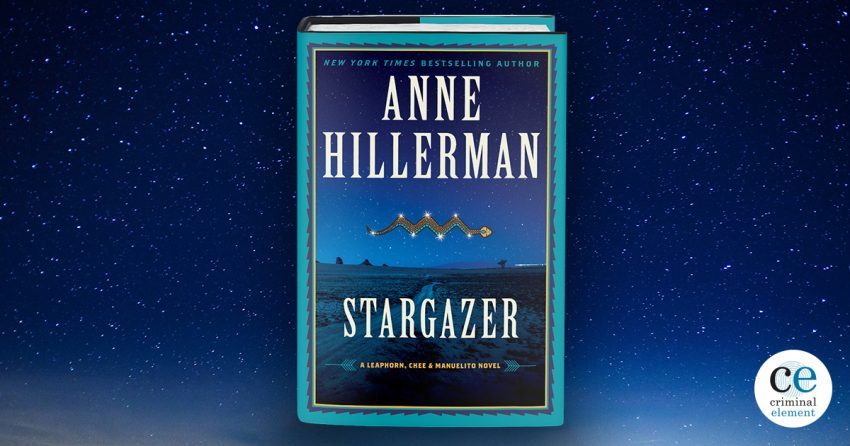 He knew he was a lucky guy. First of all, how many guys loved their jobs, made good money, and could honestly say their work had changed the way people saw the world? He’d recently returned to a part of the planet he loved, a place where the night sky shone with brilliance. He was proud of their fine son, although he had to give his estranged wife and her brother credit for raising him. The woman he’d married twenty years ago remained lovely and engaging, and now that he had moved closer to her, he could re­ capture her affection. His current girlfriend, a fellow scientist, was just a placeholder.

That night’s dinner date began encouragingly, two old friends catching up face-­to-­face. He sipped a glass of cabernet, but she stayed with sparkling water. She’d asked about his work and lis­tened with attention to the details of his research on black holes and gravity. He offered simplified versions of his latest discovery and a knotty issue with his colleagues. She posed interesting questions and laughed at his jokes. She mentioned how she enjoyed her own work and being close to family again.

Her smile convinced him that he could persuade her to give their relationship another chance.

But as their dinner drew to a close, he began to have doubts. When he reached for the check, she said they should split the bill and didn’t want to back down. The heat of her outrage over some­ thing he viewed as trivial stirred memories of other fights. She stomped out of the restaurant while he paid. The woman wasn’t all sweetness.

He opened the passenger door and she slid in, as lithe and grace­ful as he remembered, and still angry.

Although they had talked on the phone periodically about their son, he hadn’t seen her for years before this evening. He was struck by how she had aged into her beauty. She’d gained attractive wom­anly curves, which, along with the shimmers of gray in her smooth dark hair, added to her appeal.

His car roared to life and then, good Jaguar that it was, began to purr. As they drove toward her house, the warm air created by the car’s heater brought a surprise, a scent that stirred deep, pleas­ ant memories, her enticing fragrance of almonds. He flashed back to when she would ask him to rub her favorite almond lotion on the deliciously soft skin of her back and the way one thing led to another. He remembered all over again why he’d fallen for her. Remembered as if it were yesterday. He reached for her hand, but she pulled away.

He adjusted the rearview mirror to deflect the lights of the vehicle behind him. Out here on the plains of central New Mex­ico, where everything sat at a distance, he appreciated a smooth ride. Tonight, under the canopy of October stars, he was glad that getting to her place meant a long drive on a lonely road with time for her temper to cool and an abundance of places to pull over and, he hoped, refresh some memories.

She didn’t bring up the past and neither did he until they had driven awhile. He was about to present the reasons he deserved another chance when she broke the silence.

“If you hadn’t called me to set up our date tonight, I would have called you. We’ve lived apart for years, gone our separate ways. I’d like to formalize our situation. I want to wrap up the divorce. We need to move forward.”

He felt his throat tighten. “I took the job out here partly be­ cause I wanted to be with you. You sounded happy when I told you about the opportunity. I hoped we could move forward, too, but together and better than before. Let’s give it a try.”

“No.” Her earrings made a faint tinkling sound as she shook her head. “We had some good times, but it wasn’t all wonderful. You know that. That’s why we split. We listened when our hearts spoke years ago and we moved on. I’m thrilled for you profession­ ally. It’s wonderful that you have this great job. You’re a fine man, smart, even handsome for a middle­aged bilagáana.” He heard the smile in her voice, but it didn’t soften her message.

“I was done with our marriage when I moved out. That hasn’t changed. I’m sorry about what happened tonight at the restaurant; I didn’t mean to have a tantrum. Remember how angry I used to get? And you’d lose it, too. Let’s not fight anymore.”

He remembered hitting her, her striking back, the guilt that came with it, the sweet lovemaking when they forgave each other. He pulled onto the road’s shoulder. “I was younger then and, well, immature. I’m still crazy about you. I had a good time tonight and you did, too, didn’t you? Let’s do more of that.”

“We can be friends. I’d like that. But I’m moving forward with the divorce.”

He felt every ounce of good energy from the evening drain away. “You don’t have to worry about my black moods from our old days. I have that depression under control. And you aren’t drink­ ing. We’d have a chance this time. Be reasonable. You know our son wants us to get back together. I’ve always loved you. My life would mean so much more with you in it.”

He noticed her shifting in the seat next to him, her motion releasing a hint of perfume into the car’s darkness. Was she getting ready to put her hand on his leg? To acquiesce? No, she seemed to be looking for something in her purse.

“New Mexico has no ­fault divorce. I filled out the papers and I brought a copy for you.”

A sudden tsunami of sadness washed over him, sweeping away his hope and leaving sadness in its place. “Stop it. I don’t want a di­vorce.” He raised his voice. “When you agreed to dinner, I thought it meant something.”

“It meant a meal shared with a friend. That’s all. Can’t you understand that?”

“I thought you still loved me. At least I hoped you did.”

“No.” Her voice grew louder, too. “I haven’t been in love with

you for a long, long time. You’ve got a girlfriend. You’re a bright guy when it comes to looking at the stars, but not so much when it comes to dealing with people. Why do you always have to be so difficult? We should have divorced years ago.”

“You’re breaking my heart. Your boyfriend must have put you up to this. You have a boyfriend, don’t you?”

“That’s none of your stinking business.” She spit out the words. “I know you still care about me. I’m fighting you every step of the way.” He clenched the steering wheel until he had his emo­tions under control. “I could turn your life into a living hell. Don’t make me do that.” The darkness hid his tears, but he knew she heard the ragged edges of desperation in his voice.

“You’re pathetic. I don’t have to take your craziness anymore. I’m finished with this and with you.”

That was when he remembered the gun. 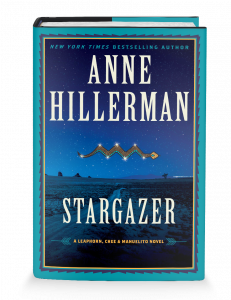 About Stargazer by Anne Hillerman:

What begins as a typical day for Officer Bernadette Manuelito—serving a bench warrant, dealing with a herd of cattle obstructing traffic, and stumbling across a crime scene—takes an unexpected twist when she’s called to help find an old friend. Years ago, Bernie and Maya were roommates, but time and Maya’s struggles with addiction drove them apart. Now Maya’s brother asks Bernie to find out what happened to his sister.

Tracing Maya’s whereabouts, Bernie learns that her old friend had confessed to the murder of her estranged husband, a prominent astronomer. But the details don’t align. Suspicious, Bernie takes a closer look at the case only to find that nothing is as it seems. Uncovering new information about the astronomer’s work leads Bernie to a remote spot on the Navajo Nation and a calculating killer.

The investigation causes an unexpected rift with her husband and new acting boss, Jim Chee, who’s sure Bernie’s headed for trouble. While she’s caught between present and past, Chee is at a crossroads of his own. Burdened with new responsibilities he didn’t ask for and doesn’t want, he must decide what the future holds for him and act accordingly.

Can their mentor Joe Leaphorn—a man also looking at the past for answers to the future—provide the guidance both Bernie and Chee need? And will the Navajo heroes that stud the starry sky help them find justice—and the truth they seek?