Slice Off Some Halloween Spirit with these Slasher Films

Grab your candy and hone up on your Halloween classics, just in time for a hauntingly good movie night. 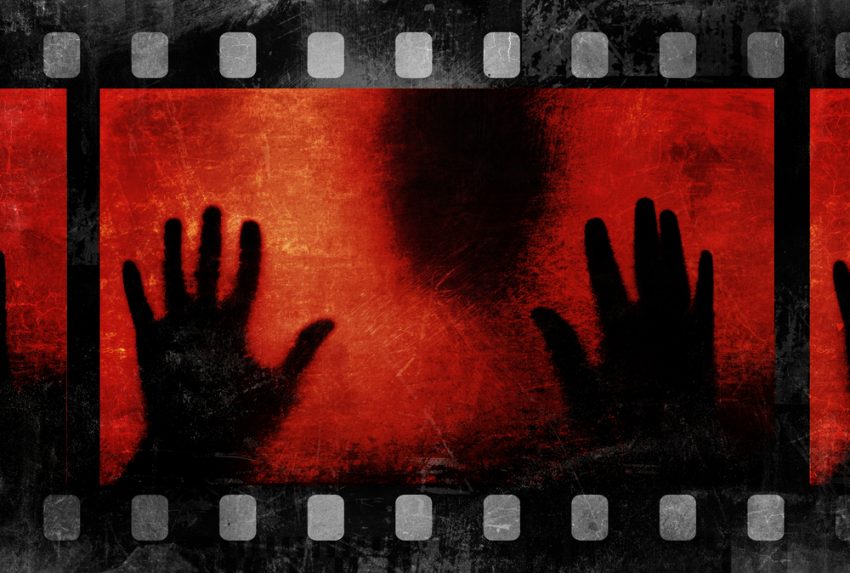 A classic type of crime fiction tale is the hunt for the mysterious serial killer. It’s a subgenre that has inspired books, television shows, movies, and narratives in several other mediums. The serial killer is a staple of horror fiction as well. In fact, the entire slasher film subgenre embraces the fear and intrigue that comes with attempting to evade a killer’s wrath and unmask their identity.

These films began popping up in the late ’70s and early ’80s, clearly inspired by Alfred Hitchock’s Psycho. Slashers added a heavy dose of sex, drugs, and rock ‘n roll both for novelty and to increase appeal to younger audiences. Some attempts were more successful than others, but regardless of quality, these films were almost always fun.

The most successful slasher films became franchises, and their featured killers became cultural icons. To help you get into the Halloween spirit, I’m offering up a list of my favorite slasher films, subcategorized and in chronological order for all your themed movie night needs.

From the “Golden Age” of slasher films, these movies helped establish some of the subgenre’s classic tropes and conventions, and were clearly inspired by Psycho (down to the Bernard Hermann-style musical stings when the killer attacks). They feature human assailants whose identities and motivations are usually mysterious. They also expertly play up these killers’ abilities to stalk their victims and create some great moments of tension and terror.

This is Jamie Lee Curtis’ first film and, in my opinion, the best entry in the entire series (though the new film, where Curtis reprises her role as Laurie Strode, could change my opinion). What makes it so great is the film takes its time to build and establish tension. It opens with a horrific crime committed by a young boy and then cuts to over a decade later as that boy, Michael Myers, escapes a mental institution and returns home to stalk new prey.

We spend the first part of the movie watching things from Michael’s point-of-view as he lurks in the shadows, observes his prey, and breathes heavily through his iconic mask (fun fact: it’s actually a Captain Kirk mask painted white). We never get to hear Michael speak, which makes him even more terrifying. The film also makes great use of its suburban setting — a slice of 1978 Americana where things like this aren’t supposed to happen.

The film features standout performances from Curtis, who makes you care and root for Laurie, and Donald Pleasance as Michael’s former therapist, Doctor Loomis.

What sets Halloween II apart from other slasher sequels is that it truly is the second of a two-part tale that began in the original Halloween. Halloween II picks up seconds after the end of the first film. It’s still Halloween night in the fictional town of Haddonfield, Illinois and Michael Myers still has a wounded Laurie Strode in his sights. This time the action moves to the hospital where Laurie is recovering, as Michael systematically dispatches the night shift staff that stand in his way.

Donald Pleasance returns as well. He spends much of the movie hunting for Michael; an investigation that shows us why the killer targeted Laurie in the first place. It’s a bit of mythos that many people incorrectly assume is revealed in the first film.

If you’re interested in seeing the new Halloween movie, know that these first two entries are the only two considered canon by the new film. If you watch them both, you’ll be up to speed.

In early franchise entries, Michael Myers and Jason Voorhees exhibited a ferocity and a gift for stealth that allowed them to both appear out of thin air and shrug off injury. However, they were still very much human. In this section, we’ll look at films dealing with supernatural killers.

In Nightmare, writer/director Wes Craven introduced horror fans to the iconic Freddy Krueger. Like Michael Myers, Freddy hunted his victims in a quiet suburban town, but unlike Michael and Jason, Freddy could talk — a trait that actor Robert Englund used with great aplomb during his tenure as Freddy. His puns and one-liners as the fedora-clad, scarred killer are part of the reason why the Nightmare films are probably my favorite slasher franchise. There are a lot of great entries in the series, but even the bad ones are still pure fun.

The original Nightmare is the best in the series for several reasons. The first is the haunting premise; a killer stalking his victims in the surreal world of their dreams. In this first entry, Freddy is a figure shrouded in mystery, which adds to his menace. He talks, but is a little more laconic here than he is in later films. The other great thing about the movie is the mystery surrounding Krueger. It’s revealed as the story unfolds and implicates some figures close to the film’s adolescent protagonists.

In Jason Lives, the filmmakers decided to lean into the ridiculousness of the previous entries of the series and make their titular character a supernatural monster. By doing so, they reinvigorated a series that had gone stale and created a truly fun movie that is just as much a comedy as a horror film. In my opinion, this and the original Friday are the best of the early entries in the series. All you need to know to jump from that to this is that Tommy Jarvis, who finally killed Jason when he was a young boy, accidentally orchestrates the character’s resurrection.

What makes Jason Lives so much fun is the fact that the filmmakers are in on the joke of the supernatural Jason. There are a lot of great winking gags and ridiculous fun. At one point a character expresses knowledge of the conventions of a horror movie, making it a great segue into the final category of this list.

These movies satirize the conventions of slasher films. That doesn’t mean they’re pure comedies, but they do have humor, especially the last two entries.

Of all the sequels in the Nightmare on Elm Street franchise, this is my favorite. It’s the first one where series creator Wes Craven returns as both writer and director. The film essentially takes place in the “real” world and the actors involved are playing themselves. The movie kicks off with Freddy Krueger having been killed off in the previous film and Heather Langenkamp being asked to reprise her role of Nancy in a new Nightmare movie. Other classic Nightmare actors play themselves as well, like Robert Englund (who also plays a very different and interesting version of Freddy here) and John Saxon, who played Nancy’s father in the original. Wes Craven even plays himself in the movie.

While this is happening, a series of strange incidents begin plaguing Langenkamp and her fictional family, which suggest that Freddy Krueger is trying to claw his way into the reality. The film works because of its knowledge of scary movies and includes several nods to the original Nightmare film. What I love most are the interesting insights Craven provides into why we’re fascinated by stories of literal and metaphorical monsters, as well as commentary on the important role that storytellers and narratives play in society.

Two years after New Nightmare, Craven teamed with writer Kevin Williamson to continue his meta take on slasher films with the highly enjoyable thriller Scream, where a mysterious serial killer uses their knowledge of slasher movies to terrorize a suburban town. The only way for the masked murderer’s teen targets to survive is to use their knowledge of the “rules” of horror movies.

The result is a funny, intense, fun film that rewards slasher fans’ knowledge of the genre. The film also features a plethora of great performances from actors like Neve Campbell, Rose McGowan, and Courtney Cox. There are also some fun cameos, like Henry Winkler as the school principal.

Slasher films contain a number of tropes and conventions, but so do their sequels. So it’s only natural that Craven and Williamson would reconvene one year later for a sequel to the widely popular Scream framed not only as a fun college “whodunit?”, but also as a satirical examination of sequel tropes. All the surviving characters from the original are back for what I consider the best sequel in the Scream franchise.