Six Crime-Horror Comics to Get You in the Halloween Spirit

From Archie and Sabrina to vampiric Texans, there's a scare in store for every type of reader. 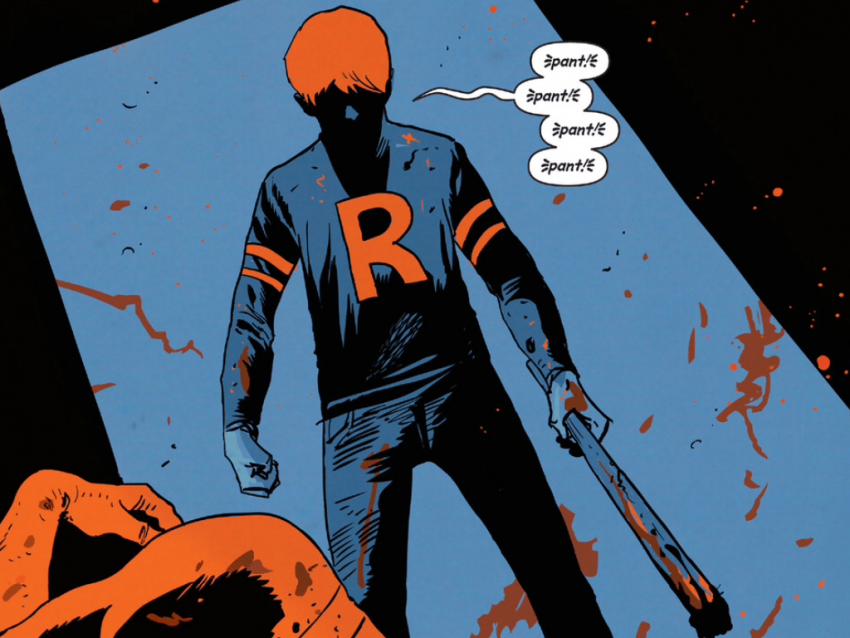 Few storytelling mediums are better at delivering mood and tone than comic books. Every panel is carefully conceived by creators who are unhampered by things like budgets and designed to deliver a particular feeling. That’s especially true of horror comics, and with October now upon us, ’tis the season for comics that deliver thrills, chills, and scares. To help you get into the Halloween spirit, I’ve compiled a reading list of horror comics, complete with a bit about each series and how to get started on them,  that crime fans will find frightful . . . I mean delightful.

Imagine a comic that meshes fantastical elements of something like the television show Charmed with the gritty southern gothic mysteries and crime of True Detective Season One. That’s the elevator pitch I’d used to describe Jordie Bellaire and Vanesa R. Del Rey’s creator-owned Image Comics series, Redlands. Even with that description though I feel like I’m underselling it. It was one of my favorite books of 2017.

Essentially, Redlands is the story of three vengeful witches who wrest control of their town from a corrupt and racist police force. In doing so, they open themselves up to a whole mess of violent trouble. The series frequently involves supernatural horrors, but the most frightening elements are often the darker aspects of human nature.

Redlands is a relatively new series having only released seven issues. The first six are available in a graphic novel collection, and issue #7 is available at your local comic book store and digitally.

The Chilling Adventures of Sabrina

This will be the first of two entries in this list from the Archie Comics horror line, which is doing some fantastic work. You might have also seen the creepy trailer for a Netflix show of the same name. This is the comic series that inspired it. Sabrina takes the classic magical coming-of-age story that you might remember from comics or late ’90s television and combines it with the great satanic horror movies of the ’60 and ’70s like Rosemary’s Baby and The Omen.

The story is set in the 1960s and follows 16-year-old Sabrina Spellman as she must choose between the mortal and sorcerous worlds, and deal with a family legacy of murder and betrayal. So there’s Americana, crime, and all sorts of unsettling horror. It’s a lot of fun.

Eight issues of The Chilling Adventures of Sabrina have been released so far. The first five are available in a trade paperback collection. Issues #6-8 are available digitally, via your local comic shop, or the Archie Comics website.  The book is considered an ongoing series, but writer Roberto Aguirre-Sacasa is kept very busy these days with his work on the TV series Riverdale, the Netflix adaptation of this book, and the next entry in our list.

Fans of Riverdale already know how well the classic characters of Archie Comics go with the morally murky world of crime-fiction. The show also has an ominous and creepy tone reminiscent of Twin Peaks that makes me want to see it to jump off a metaphorical cliff and become a full-blown horror show. In Afterlife With Archie that happens as a supernatural-inspired zombie apocalypse hits Riverdale and eventually the world. Apocalyptic fiction and crime fiction share a common thread in that they often explore the actions of  “good” and “bad” people in a morally confused world.

Are you a Riverdale fan? Read why its setting saved the show.

Afterlife With Archie is bound to draw comparisons to The Walking Dead since both involve zombies. Personally, I enjoy Afterlife more though thanks to the supernatural nature of the zombie apocalypse. There are a lot of fun revelations that stem from it, especially if you’re a fan of classic horror stories. I don’t want to spoil those, but I will say that the series also includes fun roles for the expanded universe of Archie characters like Sabrina (This series and The Chilling Adventures of Sabrina are not connected though. They exist in separate universes.) and a new, creepy, cool origin for Josie and the Pussycats.

10 issues of Afterlife With Archie have been released so far. Afterlife With Archie: Escape From Riverdale collects the first five issues in one graphic novel, and issues 6-10 are available digitally, at your comics shop, or directly from Archie Comics. Issue #11 is slated for release later this year on December 26.

Heist stories are fun. As crime-fiction fans, we’ve seen a number of twist heavy stories where crews try to take down scores in all sorts of high-value targets like casinos, mansions, museums, and armored cars. What would a heist in a haunted house look like though? That compelling and fun question kicks off Ghosted, a creator-owned comic series from Joshua Williamson and his collaborators that reads like a combination of the movies Heat and The Frighteners.

At the center of Ghosted is Jackson Winters, a thief with a death wish that he just can’t seem to fulfill. Throughout the series, we learn more about Jackson and the eclectic cast of roguish and villainous figures that assemble around him. The series also features a whole host of fun, fascinating, and frightening ideas and locales like hungry ghosts, a Mexican death cult that traffics in possessed people, a sorcerer who transforms stalkers into ghosts, and a literal ghost town that serves as a gateway to the afterlife.

I’m not a huge fan of stories where vampires are the central figures. I can count on one hand the number of those stories I’ve liked. However, when you take the vampire mythos and add a story about a decades-spanning feud between two rival Texan families, it becomes something very much up my alley. And when the central figure is a vampiric coward who was sired into the main family, it becomes even more compelling.

That’s the launching point of Donny Cates, Dee Cunniffe, and Lisandro Estherren’s creator-owned series Redneck; a series about vampires, murder, dark family secrets, and trying to be better than the legacy you were born into. The series kicks off with a bad couple of nights for its central vampire family, the Bowmans, and follows the ramifications of those nights. Along the way, Cates and his collaborators offer up their own spins on classic vampire concepts and powers. The end result feels like Cormac McCarthy meets Vampire: The Masquerade. It’s a lot of fun.

Redneck is an ongoing series and 15 issues have been released so far. Volume 1: Deep In the Heart collects issues #1-6.  Volume 2: The Eyes Upon You collects issues #7-12, and issues #13-15 are available digitally or from your local comic shop.

The best haunted house stories are mysteries where a band of often reluctant detectives try to uncover what turned a building into a nightmarish abode for spirits. And the best detective stories have something to say about the larger world. Infidel by Pornsak Pichetshote, Aaron Campbell, and Jose Villarrubia is a textbook example of both of those types of stories. It’s a tale about an apartment building haunted by ghosts that feed off of xenophobia. It features a diverse cast of fascinating characters, too, including a Muslim-American woman who tries to uncover what lead the ghosts to arrive in her building and her attempts to stave off their spectral assault on her sanity.

Infidel was originally published as a five issue mini-series and is now available in one graphic novel collection.