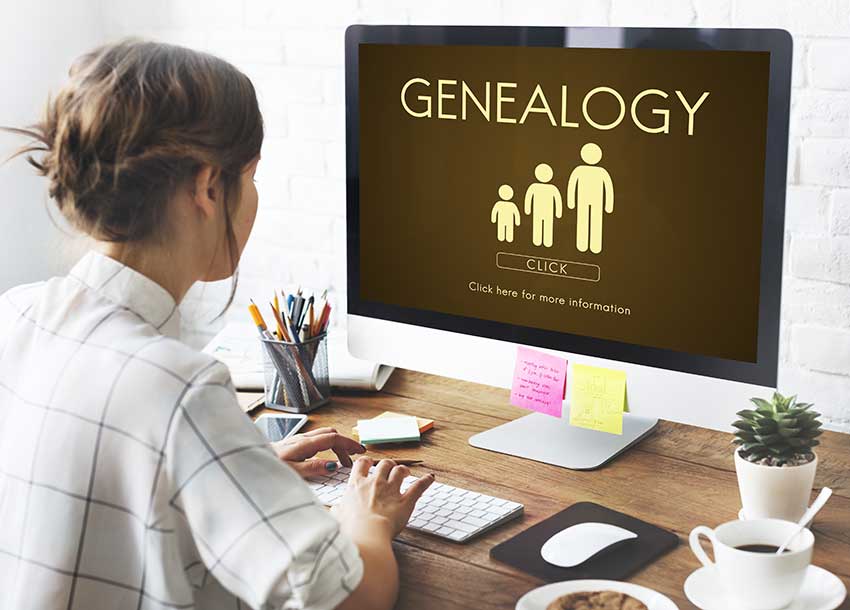 Join S.C. Perkins, author of Murder Once Removed—the first in a new cozy mystery series starring Lucy Lancaster, a Texas genealogist who uses her skills to solve murders in both the past and present—as she shares a list of genealogical facts guaranteed to impress at your next dinner party!

Somewhere, years ago, I heard the term “UBIs” for trivia factoids, with UBI standing for Useless Bits of Information. I’ve called these little pieces of brain catnip UBIs ever since—though sometimes I take exception to the Useless bit. More often than not, they’re darn useful!

Anyway, I digress. If you want some fun facts, look no further than genealogy and family history, which—UBI alert (of the useful kind)!—is specifically the study of the lives our ancestors led. Here are seven good ones I’ve found while researching Lucy’s job as a professional genealogist.

1) Surnames—i.e., last names—did not come into use until around the 11th Century in Europe. There are four general groups of surnames: those based on occupation (like Baker or Weaver), those based on place names or geographical features (such as Goodland or Hill), names coming from nicknames or appearance (like Brown or Little), and those that are patronymic, meaning based upon the father’s name (such as McAndrew, meaning “son of Andrew” or my last name, Perkins, which means “son of Peter” or “kin of Peter”).

2) Going back eight generations, most people will have a whopping 256 ancestors. This is called an “outbred” family tree. Charles Habsburg, however, known as Charles II of Spain (1661–1700), was so inbred he had only 29 ancestors, and he suffered from great physical disabilities as a result.

3) Ellis Island didn’t change the names of immigrants coming into the United States. If your surname was changed from its original spelling, it was your ancestor who shortened it, dropped a few letters, translated it into English, or maybe even unintentionally misspelled it once they came to America.

4) All those symbols you see on headstones in cemeteries? They have meanings and can sometimes indicate information about a family member you might not have yet found. One particularly interesting symbol is the depiction of a rose or rosebud. While it can, of course, mean love, hope, beauty, and/or purity, a rose on a headstone—specifically its stage of bloom—can also indicate the general age of the person at their death. Here is a guide to the various versions you might see:

Rosebud: the person was under the age of 12

Rosebud with a Broken Stem: a young person’s life was cut short

Partial Bloom: the person was in their teens

Full Bloom: they passed away in the prime of their lives, usually meaning their twenties

Intertwined or Joined Rosebuds: a mother and child who both died during childbirth, or around the same time. Can also indicate two family members with a strong bond who passed away at the same time.

(For a comprehensive list of headstone symbols, go to www.memorials.com.)

5) Though it’s pretty cool to be able to claim you’re a descendant of William the Conqueror or Charlemagne, the fact is, for most with English or European heritage, there’s a strong chance they, too, can trace back to Will or Charlie. I trace to both rulers myself, and I still think it’s super cool, even if it’s not such a family-tree feat!

6) When taking a DNA test, you and your siblings can have differing amounts of certain ethnicities, even if you’re full siblings. This is because of genetic inheritance and its naturally random way of dishing out the gene percentages. So, if you and your brother are partly of Scandinavian heritage, you could be twenty percent Scandinavian while your brother could be forty-five percent (or vice versa).

7) Ship passenger lists for immigrants coming into America can give you a wealth of information about your ancestors, including their height, hair color, occupation, general health, and how much money they had on them when they came to the U.S. But the records can sometimes give your research an extra kick by telling you the name of their nearest living relative in their home country, as well as the town from which your relative traveled to sail to the United States.

So, if you think your genealogical research has hit a dead end at your great-great-great-grandmother, but you know she came over from Ireland, check the passenger lists. She may have left you a little gift by naming one of her relatives, giving you a big jump across the pond to continue adding leaves to your family tree—and that’s no useless bit of information.

Read an excerpt of Murder Once Removed! 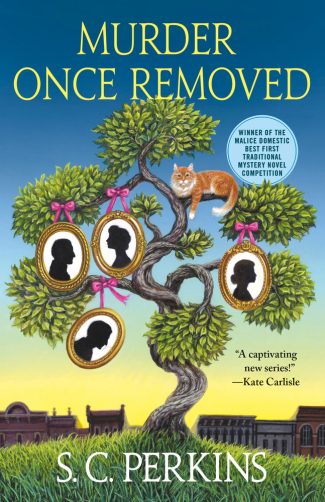 Comment below for a chance to win a copy of Murder Once Removed by S.C. Perkins!

Murder Once Removed Comment Sweepstakes: NO PURCHASE NECESSARY TO ENTER OR WIN.  A purchase does not improve your chances of winning.  Sweepstakes open to legal residents of 50 United States, D.C., and Canada (excluding Quebec), who are 18 years or older as of the date of entry.  To enter, complete the “Post a Comment” entry at https://www.criminalelement.com/seven-fun-genealogy-facts/ beginning at 1:00 p.m. Eastern Time (ET) March 18, 2019. Sweepstakes ends at 12:59 p.m. ET April 1, 2019. Void outside the United States and Canada and where prohibited by law. Please see full details and official rules here. Sponsor: Macmillan, 175 Fifth Ave., New York, NY 10010.