Setting Up a Hunt for the Most Dangerous Prey

Read Nick Kolakowski's guest post about his take on the man-hunts-man story, then make sure you're signed in and comment below for a chance to win a copy of Boise Longpig Hunting Club! 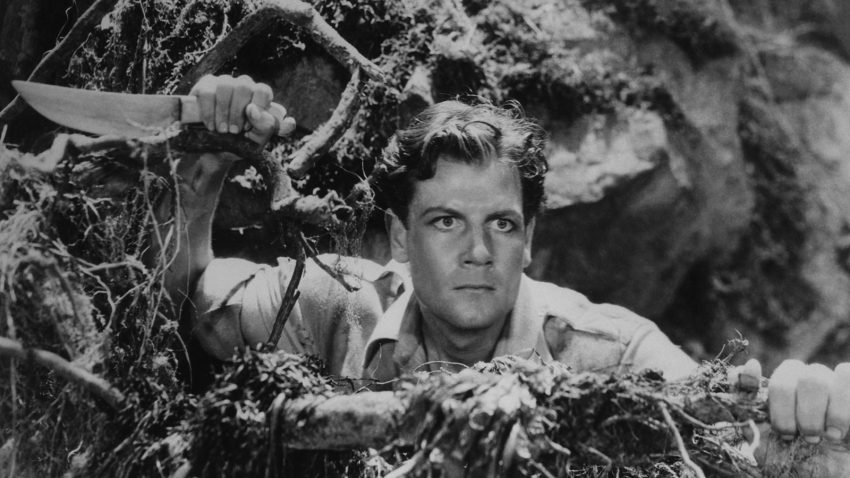 Like most people, I first read Richard Connell’s “The Most Dangerous Game” in a high school English class. Its plot is straightforward: a big-game hunter, Rainsford, is marooned on a jungle island where he meets a mysterious man named General Zaroff. The General proposes a peculiar diversion: he’ll hunt Rainsford for three days; if Rainsford survives, he’ll go free.

Rainsford knows that refusing to play the game means certain death, so he accepts. Zaroff has a pistol, dogs, and his trusty man-servant; Rainsford is given a knife and some supplies, none of which can double as a bludgeon. I’m not going to spoil a nearly hundred-year-old short story, but let’s just say that Zaroff gets a more difficult hunt than he bargained for.

Over the past several decades, Connell’s man-hunting-man plot has proven compelling enough for multiple film versions. A direct adaptation of the original story, released in 1932, starred Joel McCrea and Leslie Banks; it was shot on the same jungle sets as King Kong. Other filmmakers took more liberties with the plot fundamentals. For example, John Woo’s Hard Target (1993) replaces the mysterious island with New Orleans, Rainsford with a gloriously mulleted merchant seaman (played by Jean-Claude Van Damme), and the lone Zaroff with a bunch of hunters.

It’s easy to see the appeal of the premise. Who wouldn’t wonder what they’d do if pursued by hunters? And on the darker flipside: If you could hunt whomever you wanted, without consequence, would you? A lot of folks would deny such a killer impulse in public—but at the core of their being, they know there’s at least one person they’d pull the trigger on.

I’d wanted to explore these manhunting ideas for some time. When I first started thinking over what would eventually become Boise Longpig Hunting Club, my first impulse was to set the hunt in some kind of exotic, lawless locale—the kind of place where someone with enough money could sidestep the rules (and law enforcement) with relatively little trouble. But too many other authors and directors had tapped that vein over the past century. It’d be much freakier, I thought, if such a game took place in the United States, relatively in the open.

Does that sound far-fetched? In many areas of the country, it’s easy to get lost. So many places without any kind of phone reception, much less a traffic light. Vast deserts, mountains, and forests where you could walk for days without seeing another soul.

Nor is the isolation purely geographical; over the past several years, the divisions that separate the various cultures and communities within the United States have become even starker. I don’t want to go into deep spoiler territory, but when plotting my novel’s villains, I recognized there were several groups that would be only too happy to see folks from an “opposing” group disappear entirely—and might even sign up to help with the disappearing. In America, there is no shortage of potential hunters.

In other words, you don’t need a deserted island or a maniac general for a successful hunt. For my strange hunting club, I chose Idaho, a state I love and visit often, because my familiarity meant I could weave on-the-ground realism into the narrative, at least until things go completely insane. Plus, as anyone who’s visited the state knows, it features big tracts of wilderness where—to modify an old movie tagline—nobody can hear you scream.

Comment below for a chance to win a paperback copy of Boise Longpig Hunting Club by Nick Kolakowski!

Boise Longpig Hunting Club Comment Sweepstakes: NO PURCHASE NECESSARY TO ENTER OR WIN.  A purchase does not improve your chances of winning.  Sweepstakes open to legal residents of 50 United States, D.C., and Canada (excluding Quebec), who are 18 years or older as of the date of entry.  To enter, complete the “Post a Comment” entry at https://www.criminalelement.com/setting-up-a-hunt-for-the-most-dangerous-prey-comment-sweepstakes beginning at 1:00 p.m. Eastern Time (ET) August 13, 2018. Sweepstakes ends at 12:59 p.m. ET August 21, 2018. Void outside the United States and Canada and where prohibited by law. Please see full details and official rules here. Sponsor: Macmillan, 175 Fifth Ave., New York, NY 10010.