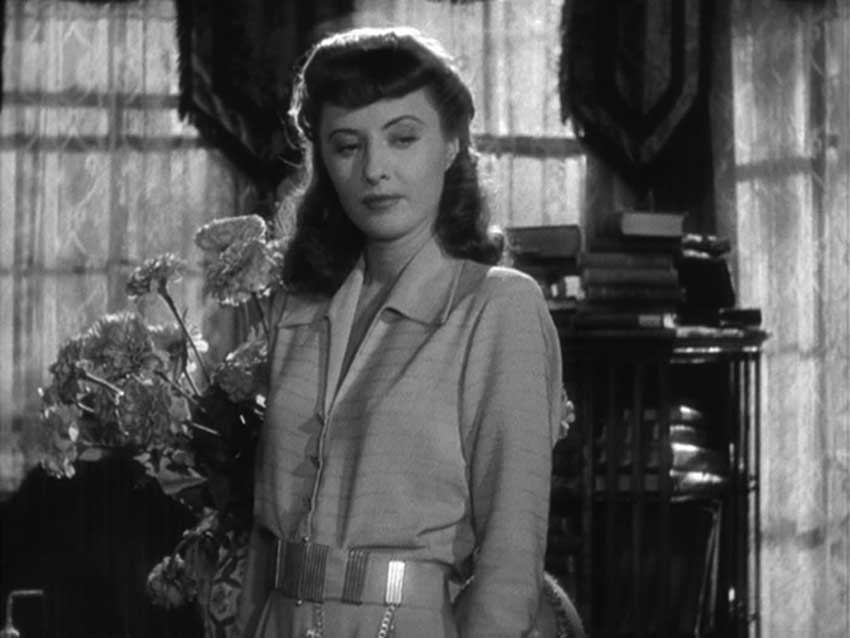 I lucked into reading crime fiction at a pretty young age. I was eleven or twelve when my father passed along some of Ed McBain’s 87th Precinct novels on one of my weekend visits with him. From there, I had no real guidance. As a compulsive movie watcher, I read books based on movies I liked (that’s how I discovered Jim Thompson’s The Grifters soon after), but mostly I depended on libraries and bookstores to reveal things to me. My early appreciation of masters like Elmore Leonard and Donald E. Westlake shaped my taste toward a good balance between crime and comedy. I don’t know what exactly it was that appealed to me in those formative years, but I suspect it was the duality, the insistence that nothing had to be one thing, that life actually mirrored these big tonal shifts from gut laughter to sudden violence.

The first time I encountered the term “screwball noir” was in reference to Jonathan Demme’s Something Wild, one of my favorite films. It was a term that I immediately loved, that seemed to define the kind of contrast between light and dark that I thirsted for. I’m not going to get into what qualifies or doesn’t qualify as noir, or even as screwball comedy; to a kid, academic definitions matter very little. I knew what I liked. In the ’80s, there was a proliferation of over-the-top crime-comedy films that dominated my viewing. I could make a case (I think) for many of them as exemplars of screwball noir: Ruthless People, Midnight Run, Quick Change, Married to the Mob, Desperately Seeking Susan, plenty of others. From those films, I traced my way back to classic screwball comedies of the ’30s and ’40s. I discovered other writers that worked the same territory with grace, Barry Gifford, Joe R. Lansdale, Charles Portis, and Harry Crews chief among them. I’m sure I shoehorned some works that didn’t quite fit into a category whose edges seemed to be so blurry and beautiful.

As a kid growing up in the ’80s, The Monster Squad, Lethal Weapon, and Lethal Weapon 2 loomed large. The Lethal Weapon movies combined pulpy over-the-top violence and action with dialogue inspired by the best of classic screwball comedy and heavily dosed with vulgarity. They were heaven to a kid without cable—a perfect mix of crime and comedy, rented over and over again at my corner video joint—but neither would probably count as noir in anyone’s books. The Last Boy Scout, however, did fit that bill, as it was Black’s update on a certain kind of dirty B-grade ’40s noir. Folks didn’t like it generally, but I did—for the dialogue, at least. Black’s obsessions were also clear—he’d return to and improve on so much of what his script for The Last Boy Scout was trying to do in Kiss Kiss Bang Bang and The Nice Guys, his two best works as both writer and director. The Long Kiss Goodnight, released when I was eighteen, had the biggest influence on A Friend Is a Gift You Give Yourself—the way the screwball comedy extended from the dialogue to the violence and action was particularly inspiring, as were the ways Black explored the conventions of noir with bombastic sincerity.

Stanwyck obviously had a rich and varied career, but her performances in Howard Hawks’ Ball of Fire (written by Billy Wilder and Charles Brackett) and Preston Sturges’s The Lady Eve are screwball touchstones. She was hard and tough but capable of great lightness, and her delivery was unmatched, which made her perfect for these kinds of films. To me, Ball of Fire is probably the ultimate screwball noir, and it’s Stanwyck’s performance as Sugarpuss O’Shea that anchors the whole thing. It’s the kind of film I watch and then rewatch in the hopes that some of its magic rubs off on me. Wolfie, the retired porn star in my book, is a direct descendent of Sugarpuss. But it’s not just Stanwyck’s work in these more obvious choices. She brings the same wonderful fury to every role, and some of her Pre-Code films—especially Baby Face, The Night Nurse, Forbidden, and Ladies of Leisure—have all served as big influences on me. As I delve deeper and deeper into the world of Pre-Code Hollywood, I find it so refreshing that so many films were unafraid of shifting gears so wildly—of steering clear of formula at any cost, of being unafraid of marrying mob stories with melodrama or comedy with brutality, for instance—and Stanwyck is at her savage best in these Pre-Codes, talking fast out of the side of her mouth, bringing a dark energy to whatever part she inhabits. And this all stretches even further to her work in masterpieces down the line as different as Stella Dallas and Double Indemnity and The Furies. She’s a genius. Every time I watch one of her performances, I just want to write.

Kind of an oddball choice, I guess, but I do truly think of Zevon as an exemplar of screwball noir. Not across the board, but songs like “Werewolves of London,” “Roland the Headless Thompson Gunner,” “Lawyers, Guns, and Money,” “Excitable Boy,” “Poor Poor Pitiful Me,” “Play It All Night Long,” “Something Bad Happened to a Clown,” and “Hit Somebody! (The Hockey Song)” all fit the bill in interesting ways. I always find myself compelled to investigate what Zevon leaves out, how his work lives in this hazy middle ground between humor and hopelessness. Even a song like “My Shit’s Fucked Up” manages to give us a screwball noir perspective on death: “Well, I went to the doctor / I said, ‘I’m feeling kind of rough’ / ‘Let me break it to you, son. / Your shit’s fucked up.’ / I said, ‘My shit’s fucked up? / Well, I don’t see how.’ / He said, ‘The shit that used to work, it won’t work now.’” This gets at some quintessential element of screwball noir: laughter serving as some sort of remedy to death and violence in all of their awful unpredictability.

Rudolph is a director that I’ve only lately begun to appreciate, but I’ve come to think of him as a patron saint of this genre. Consider, especially, Choose Me, Trouble in Mind, Love at Large, and Trixie. These are all films that feel out of time in a beautifully imaginative way, that take place in a world of their creator’s making, one that seems to be—almost always—a fusion of screwball comedy and noir (though other elements, like melodrama, also often sneak in). Rudolph is, no doubt, an acquired taste. His are the kind of films that will almost certainly alienate viewers who like to know exactly where they stand. Those that value unpredictability will take great comfort in his ability to shift tones, to blend and bend conventions. Love at Large, for instance, could easily be misunderstood as pastiche or parody, but it’s totally and unequivocally sincere, which is part of its great charm. Every time I watch a Rudolph film, I learn something about how I want to tell stories. 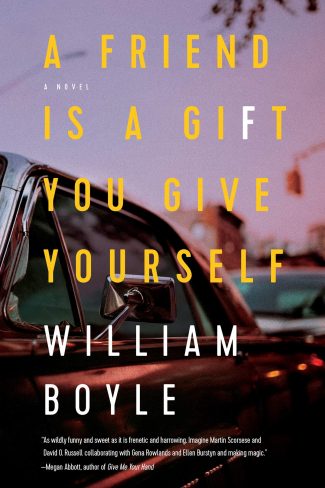 About A Friend Is a Gift You Give Yourself:

Goodfellas meets Thelma and Louise when an unlikely trio of women in New York find themselves banding together to escape the clutches of violent figures from their pasts.

When Lucia discovers that Adrienne is planning to hit the road with her ex-boyfriend Richie, she figures Rena’s her only way out of a life on the run with a mother she can’t stand. But Richie has massacred a few members of the Brancaccio crime family for a big payday, and he drags even more trouble into the mix in the form of an unhinged enforcer named Crea. The stage is set for an explosion that will propel Rena, Wolfie, and Lucia down a strange path, each woman running from something and unsure what comes next.

A Friend Is a Gift You Give Yourself is a screwball noir about finding friendship and family where you least expect it, in which William Boyle again draws readers into the familiar—and sometimes frightening—world in the shadows at the edges of New York’s neighborhoods.

William Boyle is from Brooklyn, New York. His books include: Gravesend, which was nominated for the Grand Prix de Littérature Policière in France and shortlisted for the John Creasey (New Blood) Dagger in the UK; The Lonely Witness, which is nominated for the Hammett Prize; and, most recently, A Friend Is a Gift You Give Yourself. He lives in Oxford, Mississippi.