Not too long ago I was watching the documentary The Wild and Wonderful Whites of West Virginia with a friend who found it so shocking that she made me shut it off after twenty minutes. Hardboiled rural noir stories, like the real life White clan, are difficult for some audiences to believe because there’s such a poor understanding of what this often maligned genre means. Daniel Woodrell, author of Winter’s Bone, attempted to describe the genre when he coined the term “Country Noir” for one of his early hardboiled works of rural noir, only to find the term thrown back at him like a knife when critics began to use it as a pejorative to pigeonhole all of his later writing. Indeed, most people have a negative view of violent backwoods storytelling. Some call it Redneck, Hillbilly or even Trailer Park Lit, and one of the biggest obstacles in understanding this genre is that the audience often fails to suspend their disbelief and accept that these rough characters are hewn from real life. But people like Jesco White are very real.

Rural noir stories are violent and realistic but they are also passionate.  Frank Bill’s freshly-boiled collection Crimes in Southern Indiana is a wonderful vehicle to show how rural violence can beget self-realization. Each story was a violent, fascinating epiphany that left me shaking.

Bill’s characters in Crimes in Southern Indiana are at their most vulnerable, most revealing, most human, when they engage in violent acts. Readers who find violence titillating are drawn to gruesome shock content because it arouses them. Yet readers who find violence fascinating discover that these outside acts, no matter how violent or shocking, illuminate a character’s suffering, engaging us with pathos, until this violence reveals who they really are. This is what makes rural noir so compelling: the very moment of horror is the moment when we are most drawn in.

The first set of tales in this interconnected collection deals with the Hill Clan of Southern Indiana. Whether it’s Pitchfork and Darnel from “Hill Clan Cross” who try and teach their two sons a lesson in the unspoken code of county life, or Able Kirby in “These Old Bones” who sells his granddaughter, Knee High, into sex slavery to the Hill Clan for money to pay for his wife’s cancer medication, these tales show us characters on the brink, pushed past the edge. Yet, what makes these hardboiled tales so stunning is Bill’s sense of justice and dignity. Little Knee High turns the tables on her attackers, and even bottomless, manages to escape her fate, running back to Able Kirby’s wife, Josephine, whose body, riddled with cancer, still manages enough energy to avenge her granddaughter.

Hardboiled fiction has many tenants and modes beyond violence, and when an author of this genre balances the frantic violence in his stories with genuine sympathy for his characters, hardboiled fiction can truly show us the essence of humanity. This is true in Bill’s story “The Need,” one of the finest stories in the collection. Wayne, a veteran of Afghanistan, is haunted by war and his addiction to meth:

He was trying to numb the Need, chasing amphetamines with bourbon, chain-smoking cigarettes. Every time his high started to taper off, visions came stalking with grunts and shrieks. He’d chopped line after line, inhaled the moist talcum burn that seared his brain, and castrated all feeling of dread and murder.

“The Need” is a mediation on violence, not a celebration of it. And like all good hardboiled stories, there is no clichéd American ideal, no “regeneration through violence.” There is revelation, an awareness, awakened through a haze of meth smoke and only fully self-realized at the end of Wayne’s nightmarish journey.

In rural hardboiled noir, family is no longer a source of comfort, but another potential place for violence to erupt, and it is this threat of violence that runs through several of Bill’s stories which helps this debut collection bridge the gap between popular genre fiction and literary fiction. In the “Old Mechanic,” a damaged man abuses his daughters to the point of estrangement. The story spans generations in an abusive household, one where the children’s only defense is passivity:

Quick to take aim, from the girls’ mouths to open air, two fountains of weak water pressure, taking turns, they spat and spat. Aiming into the dish and coating the candy, only stopping to mix their saliva into it. Every so often the Mechanic would take a break from the beating, grab a handful of candy. Their spit went unnoticed, and he’d return to the bedroom, while they sat defenseless.

Yet the Mechanic does eventually form a bond, an understanding, with his grandson. And it is this sympathy, this exceptionally human trait of connection, which does not approach forgiveness but does show understanding, that is one of the strongest forces unique to hardboiled rural crime writing.

Bio: Marc Watkins lives in Oxford, Mississippi. He has published or had work recently accepted for publication in The Pushcart Prize XXXV (2011), Poets & Writers, StoryQuarterly, Texas Review, Third Coast and Boulevard.  He recently served as a guest fiction editor for Pushcart Prize XXXVI (2012). 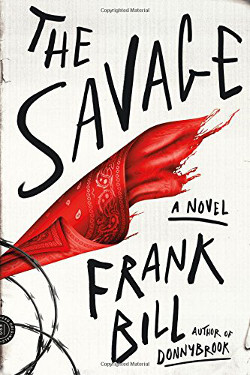 Review: The Savage by Frank Bill

The Savage by Frank Bill is an unnerving vision of a fractured America gone terribly wrong and a study of what happens when the last systems of morality and society collapse (available November 14, 2017). Vladimir Nabokov’s Bend Sinister was published in 1947, three years after the allies defeated the axis of evil and two years… 10 of the Best Noir Novels of the 21st Century

Here we are, fifteen years into a new century, and many authors are churning out noir novels as essential as anything from its heyday. If you’re like me, when you think of the 90s, it feels about five years ago, but the last decade and a half comprises the entire publishing career of many authors,…