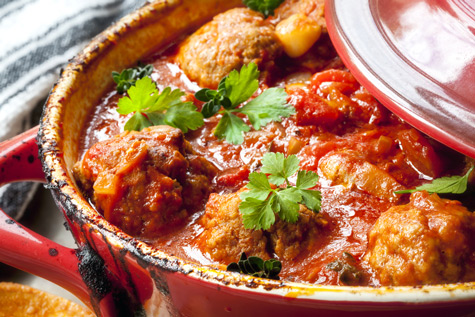 According to localnews21.com, police were called to a residence in the Hazle Township of Luzerne County, Pennsylvania, on a suspected robbery—the contraband: a pot of meatballs. The victim claims the missing meatballs were stolen from inside his garage. When police arrived, the pot was found on the street outside the residence.

Leahman Potter, 48, was caught red-handed (and red-shirted) when police noticed the man had red sauce on his face and clothing. Police noticed Potter had an active warrant and took him into custody, charging the peckish perp with burglary, criminal trespass, and theft by unlawful taking. That’s a spicy meatball!