Review: What You Want to See by Kristen Lepionka 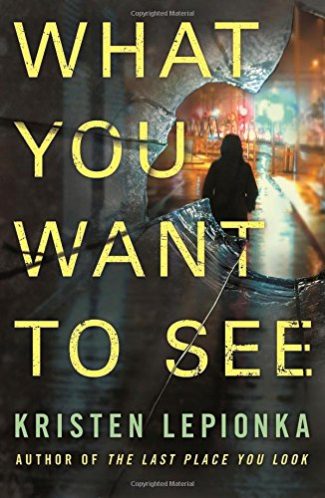 What You Want to See

What You Want to See by Kristen Lepionka is the thrilling follow-up to The Last Place You Look and the second book in the Roxane Weary series.

What You Want to See is a satisfying PI mystery by Kristen Lepionka and a follow up to the first Roxane Weary novel, The Last Place You Look—which, full disclosure, I hadn’t read but just added to my to-read list. Overall, the book is a standard PI mystery—which is hardly an insult. The story unfolds much as you would expect, yet it still manages to avoid being utterly predictable.

What makes this book different? Well, for starters, the PI is a woman. That shouldn’t be unusual, but it is, and the change is refreshing. Unlike some books that plop a woman character in and then make her as feminine as possible, Roxanne stars as a highly complex character with plenty of backstory. She has a father who was tragically killed, a surly surrogate niece, a complicated relationship with a childhood friend, and an annoying neighbor. She’s resourceful and a little snarky. Strong but not without faults.

One of my favorite examples of Roxanne’s complexities is when she meets with an old friend’s new-ish girlfriend.

I was pretty sure I wanted to like Tom’s girlfriend. But I was almost positive that I didn’t. Before I met her, I irrationally decided Pam was one of those women who buys her friends the same bejeweled “Will work for wine or shoes” tote bags every year for Christmas and orders a triple Venti extra-hot, half-sweet nonfat latte with caramel drizzle at Starbucks and talks about how much she really likes salad at the same time.

In reality, she wasn’t like that at all. But she was still wrong for Tom somehow. Sure, she was pretty, witty, full of charming anecdotes about her job as a French teacher at a high school on the east side.

This little bit of internal monologue makes me want to invite Roxanne out for a drink. We’d shoot whiskey and drink cheap beer and make judgmental quips about everyone else at the bar.

Another interesting (and highly relatable) passage is when Roxanne is talking to the father of her “surrogate niece.”

“She’s too young. I mean, come on. How old were you when you moved out of your house?”

I almost laughed. “I was seventeen,” I said. “I wasn’t even finished with high school. My dad kicked me out, actually, because I was dating a girl and he didn’t like it. I lived with my brother until I graduated.”

As I said it, I watched Joshua’s expression morph into a kind of confused horror. “But, that’s—I don’t want her to leave. I want her to stay.”

I had several friends go through similar experiences as a teen, so this passage read as very real, very relatable. Much of the rest of the book was similarly relatable and real.

Books like What You Want to See are rare. It is an easy read but not boring. It is effortlessly feminist and a refreshing break from all the psychological thrillers that are currently dominating the bestseller lists.