Book Review: The Wife Between Us by Greer Hendricks & Sarah Pekkanen

January 8, 2018
Twisted and deliciously chilling, Greer Hendricks and Sarah Pekkanen's The Wife Between Us exposes the secret complexities of an enviable marriage—and the dangerous truths we ignore in the name of love. 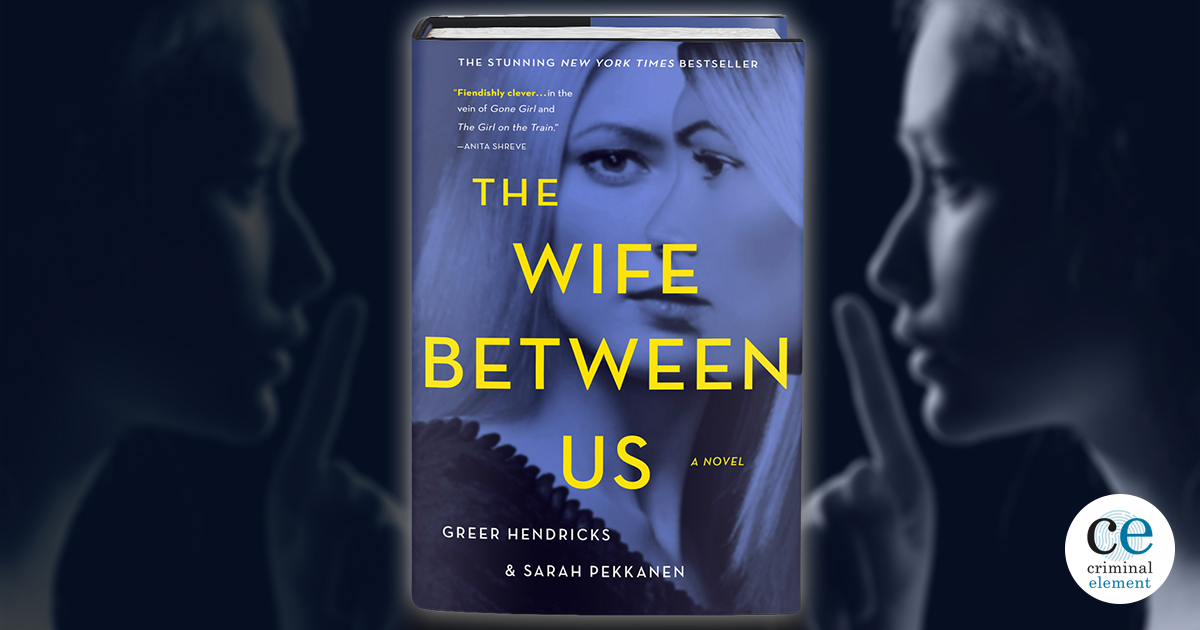 The young, vibrant woman stealing a husband isn’t a new trope, but it sure is a tired one. Good thing there’s The Wife Between Us. Greer Hendricks and Sarah Pekkanen put a new twist on a very old trope in this fun book. As for the twist itself? It actually surprised me, which is unusual for this jaded reader.

The setup seems simple: Nellie is a young and idealistic pre-K teacher preparing to marry the handsome Richard. Everything seems to be going well, but she keeps getting strange phone calls—mostly heavy breathing from a blocked number. Is it enough to ruin her post-wedding glow? Not really, but she is afraid of losing touch with her roommate and best friend Samantha once she’s married, and she hopes that won’t happen. Seems like normal concerns from a bride-to-be, right?

Well, sure, except Richard’s controlling tendencies start making themselves known in incremental ways. For a surprise, Richard has Nellie don a blindfold, which normally wouldn’t be a big deal, but he knows that Nellie doesn’t like blindfolds. He knows they make her uncomfortable. Nevertheless, Nellie is determined to bear it with a smile.

They’d only been driving for thirty minutes or so, but she felt as if they’d traveled to a different planet.

“Almost there.” Richard’s breath was warm against her ear. “Ready?”

She nodded. She’d have agreed to anything to take off the mask.

Richard lifted it up and Nellie blinked as sharp sunlight blinded her. When her eyes adjusted, she found herself staring up at a large brick house with a SOLD! sign staked in the front yard.

“It’s your wedding present, Nellie.” She turned to look at him. He was beaming.

“You bought this?” She gaped.

At first blush, this seems like a phenomenal wedding present, right? But it’s a house, and shouldn’t it be something that a couple picks out together? Not to mention that Nellie doesn’t particularly want to move away from the hustle and bustle of Manhattan.

Meanwhile, Vanessa, Richard’s bitter ex, is living with her aging Aunt Charlotte and relegated to working at Saks as a clothing sales associate, forced to wait on the well-put-together women that she used to socialize with. In fact, she gets a package from Richard that perfectly frames her pain.

I use scissors to slice through the masking tape and open up my past.

Our wedding album is on top. I lift the heavy satin keepsake. Beneath it I see some of my clothes, neatly folded. When I left, I took mostly cold-weather outfits. Richard has sent ensembles suitable for summertime. He has selected the pieces that always looked the best on me.

At the bottom is a padded black jewelry box. I open it and see a diamond choker. It’s the necklace I could never bear to wear because Richard gave it to me after one of our worst fights.

She takes out her wedding album and is flooded with painful memories, seemingly seething with jealousy at the new wife-to-be.

I open the album and stare at a young woman in a lacy gown with a full skirt, smiling up at Richard. I barely recognize myself; it’s like looking at an image of a different person.

I wonder if his new fiancé will take his last name: Thompson. It is still my name, too.

I see her turning her face up to Richard as the minister unites them. She is beaming. Will he think of me briefly and remember how I looked in that moment, before he pushes the memory away? Does he ever call her my name by accident? Do they talk about me, the two of them, when they’re cuddling in bed?

I pick up the album and hurl it across the room. It leaves a mark on the wall before it falls to the floor with a thud. My entire body is shaking now.

She seems to be obsessed with Richard’s young bride-to-be. She also seems to be determined to make sure they don’t get married—at any cost. But in this novel, nothing is what it seems. Vanessa gets increasingly desperate and manic, and as she looks back on their marriage, Richard was, by all accounts, a dream husband. But dreams fade, and as Nellie looks to the future, Vanessa’s past comes back to haunt her. She can’t stand the thought of another woman with Richard. Handsome, wealthy Richard, who seems so attentive, so generous.

I’m being terribly coy, I know. But to say much more would be to give the whole shebang away, and that would spoil the fun! Hendricks and Pekkanen take the unreliable narrator to a whole different level. For readers that are tired of stories about enamored, blinded young women getting snowed by abusive men, you’re in for a treat. These women are smart and complicated and are certainly not wilting flowers. The twists are seamless and very clever. Just when you think that you’ve gotten hit with the big one, you get walloped by another one.

This has flavors of The Last Mrs. Parrish—those of you that have read it will see the parallels—but it’s its own prickly little animal, and there’s quite a bit to pick apart. The women in this have very sharp teeth, and I mean that as a compliment. You’ll still be thinking about this one long after you turn the last page.

Read an excerpt from The Wife Between Us!