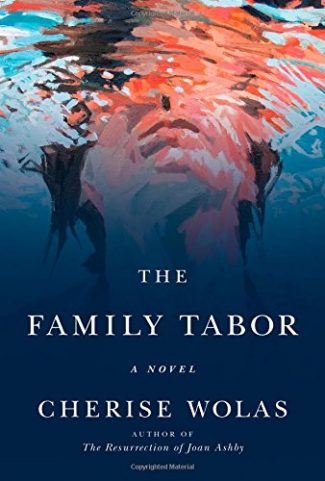 The Family Tabor by Cherise Wolas is a provocative, gorgeously rendered novel that reckons with the nature of the stories we tell ourselves and our family and the price we pay for second chances.

The Family Tabor consists of Harry and Roma, a married couple of 60-plus years, and their three adult children, Phoebe, Camille, and Simon. Simon has extended his own branch of the family with his beautiful wife, Elena, and their two small daughters. The novel is told through the alternating perspectives of each adult member of the family.

Harry and Roma have spent decades happily married, raising their family together. For three of those decades, Harry has run a charitable organization helping incoming immigrant Jewish families get started in new lives. It is this charitable work that has earned Harry the title “Man of the Decade” in Palm Springs. Roma and Harry lead a beautiful life together, with the weekend celebration proving to be a manifestation of their hard work. But we’re clued in early on that everything might not go smoothly:

Soon there is an internal rush of lapping oceanic waves pulling him under, into the ruffled layers of sleep, where he will travel to places he does not know, see people he never knew, and others he once loved, traveling, he thinks, on his own, believing, as he always has, that he alone inhabits his head. Mistaken in his assumption that the past no longer exists. Mistaken, too, in his certainty that the world can be understood, that he understands the world, or, at least he understands his own. As his breath grows even and deep, a sensed, rather than articulated, sentiment washes over him: I am a very lucky man.

And that is true, absolutely true. But luck is a rescindable gift.

The Family Tabor is a fascinating case study of an outstanding family. The Tabor children have led seemingly insulated and safe childhoods under their parents’ watchful eyes and have acquired all of the trappings of successful adult lives (that could be the case for some when their mother is a distinguished child psychologist). More than mere success, they’re all successful in their chosen paths—not something to be taken for granted. Phoebe is a high-powered attorney with her own firm. Camille is a brilliant social anthropologist. And Simon is also a lawyer who recently made partner at his firm. But as you’re introduced to them, you learn that each deeply believes they’re missing something fundamental from their lives: for Phoebe, love; for Camille, stability; and for Simon, purpose. Furthermore, they’re all hiding these insecurities —and consequentially, secrets—afraid to air any of it in front of who they each perceive to be their near-perfect family members.

The book is also an interesting look into memory. Over the course of the day that the reader follows Harry Tabor (nearly the entire novel spans 48 hours), Harry is gearing up to accept an award out in the spotlight that he’s longed denied himself, though he isn’t certain why. After abruptly uprooting his young family from a comfy life on the east coast, he’s spent 30 years of his life doing good for his community in Palm Springs, CA. Before the family gathers at the Tabor home, he begins his day as he would any Saturday. It’s during his routine that a simple statement sparks a vision—a long-forgotten memory from deep in the Tabor family past.

It’s then that Harry Tabor begins to hear the voice…

Reminiscent of the ghosts of Christmas past from A Christmas Carol, the voice walks Harry through once forgotten memories. These memories paint Harry Tabor in a very different light than the charitable man he believes himself to be, and they’re memories that Harry has completely compartmentalized and locked away. The slow leak of this memory tap is the backbone of the novel, culminating in the evening of the gala being held in Harry’s name.

Rather than the mystery of Harry’s secret past keeping the reader on edge for a fast read, the reader is left to plow through the internal shame, guilt, and existential debates in the minds of all of the adult Tabor children. Quite apart from the mysteriousness of Harry’s memories, the secrets and struggles of his children become quite mundane in comparison. While they’re appealing character studies on their own, they sometimes do little to advance Harry’s plot, and the reader is left bored.

The secretive nature of the siblings, the slow unfolding of Harry’s past by way of his memories, and Roma’s persistent thoughts about one of her clients all hold the air of mysteriousness and suggest a dark reveal to come. While the novel’s ending is not what one would call happily-ever-after, the revelations felt somewhat superficial and lightweight. All of the stories indeed come full circle, but the intensity doesn’t quite match the enigmatic air of the novel. Deep hints, thoughts of doubt and shame, and a peek into so many characters’ minds made the novel feel like it was going to be so much more. In the end, The Family Tabor is simply the story of a family and a life-changing weekend. Had the promise of something greater not been underneath it all, the reader would have gladly gotten to know the Tabors, shared in their grief, and been happy when they find their purposes in life.