Review: The Death of Mrs. Westaway by Ruth Ware 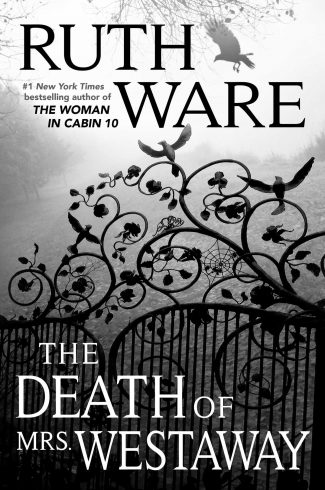 The Death of Mrs. Westaway

The Death of Mrs. Westaway by Ruth Ware is full of spellbinding menace and told in the author’s signature suspenseful style—an unputdownable thriller from the Agatha Christie of our time.

An allusion to an English folk-rhyme; a plot that’s tangentially anchored to the meaning of Tarot cards; plus a downtrodden and vulnerable heroine: these elements comprise the plot of The Death of Mrs. Westaway. The prologue—dated 29th November, 1994—is a meditation of sorts on magpies. It’s not clear who the author is.

The magpies are back. It’s strange to think how much I used to hate them, when I first came to the house.

It has a ring of the famous opening line of Daphne du Maurier’s Rebecca: “Last night I dreamt I went to Manderley again.” Like du Maurier, Ware is floating questions about where and why. The magpies described in the prologue are omnipresent and upsetting. The writer references “One for Sorrow,” a “traditional children’s nursery rhyme about magpies.” N.B. “One for Sorrow” is the epigraph for The Death of Mrs. Westaway.

Three for a girl

Four for a boy

Seven for a secret

Never to be told

Did the person writing in 1994 have bad luck? Because the folklore tradition is that “the number of magpies one sees determines if one will have bad luck.” The dark, eerie prologue ends on a hopeful note: “I’ll change that rhyme. One for joy. One for love. One for the future.”

Ruth Ware then switches to a classic mystery opening—a young woman, living in unfortunate circumstances and teetering on the verge of homelessness and worse, receives a letter that promises to vastly improve her life. She is a person of interest: a lawyer invites her to come to Penzance for a reading of a will. Hal (Harriet) Westaway is an orphan, reading tarot cards in the persona of Madame Margarida at a down-at-the-heels kiosk on the Brighton Pier. It’s November, the crowds are dwindling, and the nights are cold and dark. Worse still, she owes money to a loan shark who threatens her livelihood and personal safety.

Hal gives sensitive readings, constantly searching for the right words with which to educate, console, or relieve the worries of her clients—like when she talks to a distraught mother, grievously worried about her drug-addict son. The last card in the woman’s simple three-card spread is the Priestess, symbolizing intuition. Hal’s words are soothing and open-ended. It’s almost as if Hal is speaking to herself.

“Ultimately,” Hal said softly, “you have to decide for yourself what the cards are telling you, but my feeling is that the Priestess is telling you to listen to your intuition. You know the answer already. It’s there in your heart.”

The woman drew back from Hal, and then she nodded, very slowly, and bit her white, chapped lips.

Then she stood, threw down a crumple of banknotes on the table, and turned on her heel.

Hal is horrified at the amount of money the woman gives her—she tears after her to return it. When she can’t catch up, she stuffs every crumpled banknote into a charity slot on the pier. It must be karma: the charity of the month is THE LIGHTHOUSE PROJECT—DRUG REHABILITATION IN BRIGHTON AND HOVE. Hal’s need for karma is paramount because when she returns to her kiosk to pick up her forgotten coat, her loan shark is waiting. He tosses her belongings, tells her he’ll bust up her face, and leaves with a sinister, “sibilant, whistling ssss” snarling that she has a week to come up with the money.

In the years since her mother was killed in a car accident, Hal had become “someone hardened, someone who had to become hardened in order to survive.” Her need for survival has her looking up the Trainline website, “December 1. 7 a.m. Brighton to Penzance, return.” It’s a no-brainer. Hal leaves for Penzance as an imposter, riding a train of nerves and exhilaration. But, of course, there is more to the lawyer’s letter than she realizes.

Ruth Ware’s The Death of Mrs. Westaway is “an unputdownable thriller from the Agatha Christie of our time.” Ruth Ware, like Dame Christie, is British. She was born in 1977, the year after Christie’s death. Writer Karen Woodward, in an extended piece on how to write like Christie, noted her propensity to have a “late start” to the initial murder.

Perhaps this needs a spoiler alert, but that’s true of The Death of Mrs. Westaway too. But the true mystery is who Hal is. What is her connection to a group of seeming strangers that she meets for the first time at a funeral? Hal’s life and circumstances—both before and after she receives a letter from a lawyer promising an inheritance—are bleak, mysterious, and sad, only occasionally shot through with fleeting joy. It is an unputdownable book—readers will find themselves imagining Hal’s future life, unable to fully part from her, well after the story is finished.