Review: The Confession by Jo Spain 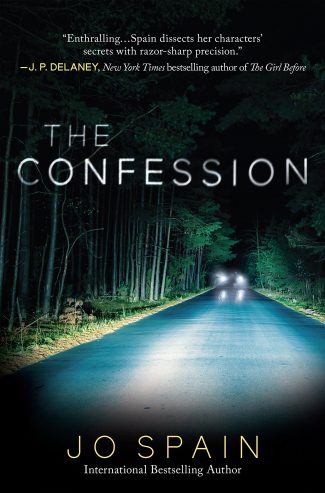 The Confession by Jo Spain is a gripping psychological thriller that makes you question whether the confession of a crime on the first page is driven by a guilty conscience or whether it’s a calculated move in a deadly game.

When I decided to review The Confession by Jo Spain, it was merely because I wanted to read a simple police procedural that would take me through a crime in a well-articulated, step-by-step narrative. I’d been reading long, complicated novels and wanted something simple and refreshing. Then, I read the prologue and all that went out the window.

Instead of a whodunit, I was given a whydunit, as there was no question about either the identity of the perpetrator or the victim. JP Carney walks into the home of Julie and Harry McNamara and proceeds to violently and unstoppably beat Harry to death with a golf club. The Confession was anything but simple, but it was a refreshing change—a meta-narrative—as surprising and pleasant as thinking you had opened up a bottle of cold chardonnay only to find out it’s champagne.

The beginning of The Confession was so abrupt I had to step away from the book for a moment and process. Then, of course, I dove back in because I had to know why—and the story keeps you wondering why until the very end.

Told in multiple first-person points of view, we experience The Confession through the voices of Alice Moody, Julie McNamara, and JP Carney. Both Julie and JP are incredibly essential to the central plot, but the novel shines whenever Alice Moody takes central stage. Used as the skeptic, the voice of reason, and the procedural throughline to the meta-narratives of the other characters, Alice’s presence on the page has all the gravitas of Richard Adam’s Shardik or a baby Kaiju dressed in a mockery of police clothing. At one point, Julie delightfully compares Alice’s coming like the T-Rex in Jurassic Park, the water in the glass by her bedside shaking with each of Alice’s plodding treads up the stairs. Spain falls just short of creating a parody and instead gives literary birth to a vibrant character I’m sure we’ll see in further books.

While the narrative voices drive the story, the DNA comprised the body of something with which I was unfamiliar. I soon found myself hip-deep in the Irish social-political landscape. Not familiar with class warfare or the politics of my cousin nation, I was familiar with the people with which Spain populated her novel. Many elements of The Confession, especially her characters, were reminiscent of the plays of American playwright Tennessee Williams. Spain and Williams share similar sensibilities, writing about social class, love, cheating, lying, and longing. I felt The Confession was an easy across-the-pond relation to the plays Cat on a Hot Tin Roof, Sweet Bird of Youth, and Suddenly Last Summer.

The motifs of greed, mendacity, and sexual desire that bolster the foundation and walls of the Hot Tin Roof are personified in The Confession’s McNamara, husband and victim in Spain’s carefully constructed narrative pillory. The Confession’s JP Carney has the same spirit of Chance Wayne in Sweet Bird of Youth, both of them redemptive nurturers who can’t escape their own pasts. The motif of hidden truths, especially those of Julie—the distraught widow and substantially the main character—is ever-present in Suddenly Last Summer, Williams’s one-act play about a mother trying to keep a version of the truth from the public no matter what the consequences.

Each one is an incremental peek behind the curtains of the characters that is their past; each glimpse brings the reader closer to the reason why.

I’m always pleased when I see such expert narrative skill on display. As one who not only appreciates great fiction but also attempts to write and teach it, I love to acknowledge those who try something different than they’ve previously done—and achieve excellence in doing it.

I’m still thinking about The Confession and what the title means to the novel. As it turns out, everyone has a story to tell, and everyone has something to confess. What we get from Spain’s novel are multiple confessions that are both surprising and grievous—confessions that ultimately bring us to the crime that started it all, the victim, and the guilty.