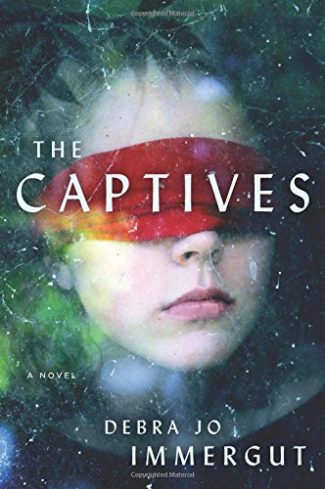 Propulsive and psychologically astute, The Captives by Debra Jo Immergut is an intimate and gripping meditation on freedom and risk, male and female power, and the urges toward both corruption and redemption that dwell in us all.

Debra Jo Immergut’s The Captives is a strange, gripping novel that smoothly walks the dividing lines between a crime narrative, a psychological thriller, and a bizarre love story. Tense, sad, and packed with the kind of obsessions that lead to prison or death, this novel is a superb exploration of the significance an individual can achieve in someone else’s life and the desperate and dangerous things people will do in the name of love—even when said love is nothing but a blurry possibility barely discernable in an uncertain future.

Frank Lundquist, the son of a famous psychologist, works as an inmate psychologist at Milford Basin Correctional Facility, which is less glamorous than what everyone—himself included—expected from him since he was young. He’s still reeling from a divorce and dealing with the consequences of a client’s actions that cost him his job at a successful Manhattan private practice when inmate Miranda Greene, his high school crush, walks into his office. He recognizes her immediately, but Miranda doesn’t seem to remember him. Everything in Frank’s ethical training tells him he needs to address their familiarity and assign her case to a different psychologist, but he doesn’t. Miranda meant too much to him for a long time, and those feelings quickly return. Curiosity gets the best of him, and soon they are discussing her case.

How did the educated daughter of a congressman end up in prison for murder? While Frank analyzes her case and slowly becomes infatuated once again, Miranda is forced to learn how to survive in prison. Between the memories of her dead sister, the violence that surrounds her, the loneliness, and the damage she did to herself and her family, darkness encroaches until she can only think of one way out.

The Captives is a cerebral novel about the way we’re forced to deal with the aftermath of our decisions. The characters are complex, and their personalities make them unique. However, the narrative goes above and beyond that. For starters, it is a meditation on freedom, its price, and the things that can come between us and our freedom. But it’s also about the mental gymnastics we perform to do what we want instead of what we know we should. Furthermore, it is a story that occupies the interstitial space between brutality and beauty, sense and desire, forced seclusion and the beauty of open spaces and nature:

She thought she might swoon from pleasure when the sunrays stroked her face as she walked the few steps from the hospital entrance to the van. The trees had gone blowsy with the July along the winding roads of the Hudson Valley, and the wildflowers blossomed in a thick intricate blanket draping the shoulders of the parkway. They crossed the Tappan Zee; the river looked to her like cold tea, the hills dark green above it. Miranda soaked up these sights with the same intense wonder she had once felt looking at a man’s face during a pristine moment of bliss.

Despite all the things the author does well in this novel, it is Frank who pushes the action forward. He is an obsessive man whose bad luck has pushed him into a situation where he doesn’t have much to lose. Sending Miranda away is his choice and ethical obligation, but he is a master of rationalization. No one sells him dreams except himself, and those dreams lead to a harebrained plan and a lot of pain. Despite all that, there is a sweet, caring side to his obsession—something young and innocent that has stayed with him since his teens and that makes him a likable character who readers will root for even when his bleak future is one of his own doing. There are many predators in crime fiction, and a misguided man who wants to turn himself into a hero is both sad and a tad humorous. In other words, Frank, like many of us, eschews his immediate reality for a dream he has in his head, and that makes him very relatable:

I thought mostly of M, of course, as I drove. I pictured us living away somewhere, hidden, under assumed names, assumed identities. A room with a view of a strange city. A table, a pair of chairs. Morning sunlight, a bed. M is lies asleep in the bed. I’m at the table, drinking coffee from a small cup and saucer, reading a book, glancing at her now and then when she steers in her dreams.

Ultimately, The Captives reveals itself in light of its title: two people who are captive but of two very different things. The road behind them is rough, and the path they walk together is not any better. In that sense, this narrative behaves more like a noir than anything else, but it’s one with the heavy elements of thrillers and the type of outstanding writing that is usually found in literary fiction. As a bonus, it is also depressing to read because Immergut is not afraid to cut her readers to the bone with scalpel-sharp truths:

Can you remember when you dreamed for yourself, once, when you were younger? Life blurs the dream, blears it, the endless wash of days, the constant tumbling of minutes, wearing that vision away, mote by mote, detail by detail. The daily worries, tiny grains that etch and abrade. And of course, a dream is sketched onto the softest of substances anyhow, isn’t it? Not engraved in granite or marble, not even sculpted in sand. The dreams of your youth are merely ripples on your brain, subtle wavelets in soft tissue, malleable, pliable. Very inpermanent.

Ingenious and riveting, this is a book that should not be missed by anyone interested in the way love affects us, the way the past haunts us, and the way we trick ourselves into believing in impossible futures.