July 6, 2018
"In Dark Company," "A Hidden Secret," and "Seeds of Deception" by Linda Castillo are short stories in the Kate Burkholder canon. 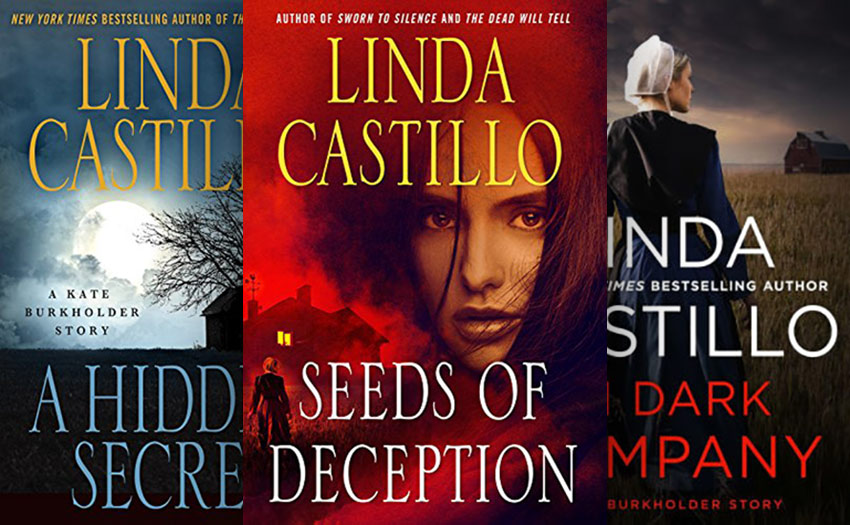 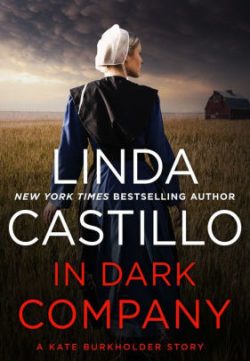 The Amish Country of Ohio is, perhaps, one of the more unique settings for a crime thriller series, but New York Times-bestselling author Linda Castillo has proven time and again that this world makes for a compelling read. And while her short stories—set in the same world as her novels—are quick reads, they pack a powerful punch for such a small package.

Kate Burkholder is the chief of police in Painters Mill, Ohio, and was once Amish herself. This obviously lends her some insight into the community that most other law enforcement might not have, and it’s especially useful in a case where a woman who’s lost her memory turns up on a local farm. Her clothes aren’t quite Amish, and neither is her language. All Burkholder knows is that this woman is terrified of an unknown man who’s trying to kill her.

Castillo’s prose in this story is simple and straightforward, with a driving plot as Burkholder tries to find out who this mystery woman is. Castillo also sheds some light on the differences between some Anabaptist religions of which the general public might not be aware, making this a sort of educational read as well.

Sometimes it’s the mundane cases that turn out to be unexpectedly perilous. The kind in which some unsuspecting cop misjudges the potential for danger and walks into it with her eyes closed.

And sometimes, it’s a short story that brings an unexpected setting and subject to life in a thrilling way. Linda Castillo certainly has done so in “In Dark Company.” 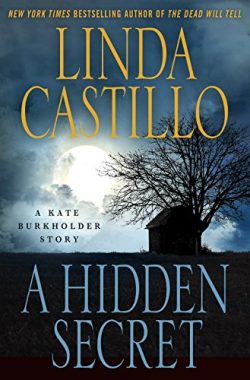 Another short mystery set in Ohio’s Amish Country, “A Hidden Secret” deals with the case of an abandoned baby. Amish customs can seem old-fashioned and extremely conservative to those who don’t really know their ways, so delving into how they might deal with an abandoned baby and potential unwanted pregnancy is just as fascinating as the mystery itself.

At four in the morning, the local Amish Bishop is awoken by faint taps on the door. When he opens it, lantern held high, he realizes a baby has been left on his doorstep. As she’s only a few hours old and he and his wife are in their 80s with no means to take in a child at this point in their lives, they call in Kate Burkholder, a trusted ally for the Amish community. Pretty soon, it becomes clear that someone within that community has something to hide. Will such a tight-knit group let Kate in to investigate, perhaps uncovering a scandal to rock their world? Or will they keep to themselves as they so often do?

Castillo’s story is a well-crafted mystery that is rather charming. Crime doesn’t have to be violent to be interesting, and it’s remarkable to see how this baby manages to bring together people from all walks of life. 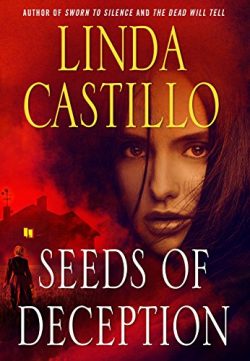 Linda Castillo’s third short story, “Seeds of Deception,” takes readers back to when Kate was just 14 and still living with her Amish family in Painter’s Mill. The seeds of who Kate will become are sewn here as she exercises a mischievous streak, though her heart is always in the right place.

Her best friend, Mattie, also Amish, is more of a troublemaker than Kate is, and she often leads the two of them into situations that cause trouble for their families. But when Mattie flirts with a boy from outside of the Amish community, Kate thinks she’s taken it too far and stays behind. A mysterious fire breaks out at a nearby barn, and while the boy is the easiest to blame, others aren’t so sure of his guilt. Who should Kate trust? The Englishers from outside of the community or her own best friend?

For longtime readers of the Kate Burkholder series, this story is an important one. It gives a glimpse into Kate’s young life and the choices she made prior to her departure from the Amish community. And to leave the Amish is to leave everything and everyone you know. It’s very rare for someone to return, so this piece is especially poignant. Kate’s relationship with her family is clearly fraught with tension as she continues to make contrary decisions, but they are not without love and affection as well. Castillo handles these subtle emotions expertly as Kate navigates one of her first mysteries and challenges as a young adult.