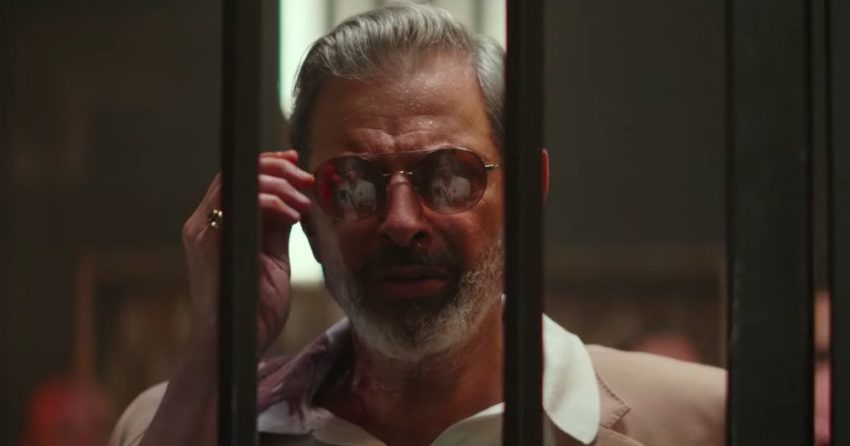 Going into Hotel Artemis, one might be inclined to admire it just on premise alone. A pulpy crime thriller with a cyberpunk setting is not too commonly done in cinema, and in a world where box-office draws consist mainly of remakes, reboots, sequels, and superhero redundancies, Hotel Artemis is even more commendable for the fact that it isn’t an adaptation. The film’s synopsis even mentions that it is “set in its own distinctive crime universe,” suggesting that writer/director Drew Pearce may intend to expand on this film’s world in future projects. If he does, then there’s certainly a fine well to draw from—even if this initial entry leaves a lot to be desired on its own.

Set a decade into the future in L.A., the city has been ravaged by an unending riot that has allowed its criminal underworld to fluctuate. The film’s title location is an underground hospital for criminals that is run by an enigmatic character known as The Nurse (Jodie Foster). The Nurse accepts all types of victims into her abode, but this takes a turn for the worse when she discovers that she may be housing an assassin that is there to kill one of her patients.

Englishman Drew Pearce certainly seems to have the pedigree to pull off a movie like this. Even though Hotel Artemis marks his feature directorial debut, the man has had a good track record with genre. He’s the creator of the British superhero comedy series No Heroics and a co-writer for Iron Man 3, and he even penned the storyline for Mission Impossible: Rogue Nation. A sci-fi film featuring minimal sets and a healthy amount of pulp-fiction tropes seems like a good venue for Pearce to get his start as a director, and it does work at times.

First, the good: Hotel Artemis has plenty of good ideas attached to its relatively unique setting, and it also possesses a self-aware nature that keeps its material well-grounded. Pearce’s script wears its influences on its sleeve, with its colorful array of misanthropic criminals and its underworld-saturated hotel that’s potentially lifted from a more recent action film series (hint: it rhymes with John Wick)—which is fine as certain crime filmmakers have succeeded on distinct imitation (hint: his name rhymes with Quentin Tarantino). He even writes some good dialogue and action scenes for his characters to indulge in, and the film’s climax is an old-fashioned, against-the-odds escape scenario that’s a bit of a nod to John Carpenter’s Assault on Precinct 13.

It’s just that Hotel Artemis doesn’t have the structure to bring it all together in a satisfying way. For one, at only 94 minutes, the film doesn’t really allow enough time to develop the dozen or so characters it introduces. Hotel Artemis indeed has an attractive cast (I don’t know if it’s likely we’ll ever see a movie to feature the likes of Jeff Goldblum, Charlie Day, Zachary Quinto, Dave Bautista, and Jenny Slate again), but Pearce doesn’t allow his characters to develop in a fulfilling way. Face it, it’s hard to make a good ensemble piece with anything under two hours (and even that’s pushing it), and the interactions/arguments the characters have with one another suggest that it could have delved into some really engaging insanity had it a less-restrictive runtime.

The film’s structure isn’t the only issue, as the cinematography isn’t exactly easy on the eyes either. While Pearce’s direction is fine for the most part, and the set décor is good enough, the lighting in the film is evidently problematic. Shot in a very dim scheme, it can often be hard to make out visuals, giving it a perpetually grainy feel that looks ugly (and no, not the good kind). Not to say that Hotel Artemis needed a neon-saturated look akin to other neo-noir (e.g., Drive, Blade Runner), but its attempt at a gritty aesthetic ultimately proves flawed.

Hotel Artemis’ premise is interesting and well-intentioned, but it just doesn’t come together enough for it to become the cult-classic it aspires to be. By the time the credits roll, it’s likely that a viewer may feel a degree of sorrow over what they just watched—not for the plight that Foster’s character faces but for the fact that they haven’t been given anything substantial enough to care about. There’s enough here to suggest that Drew Pearce may find more of a voice in his next project, but for those in need of a fun action film this summer, your time and money are best spent on the likes of Marvel properties or Upgrade.