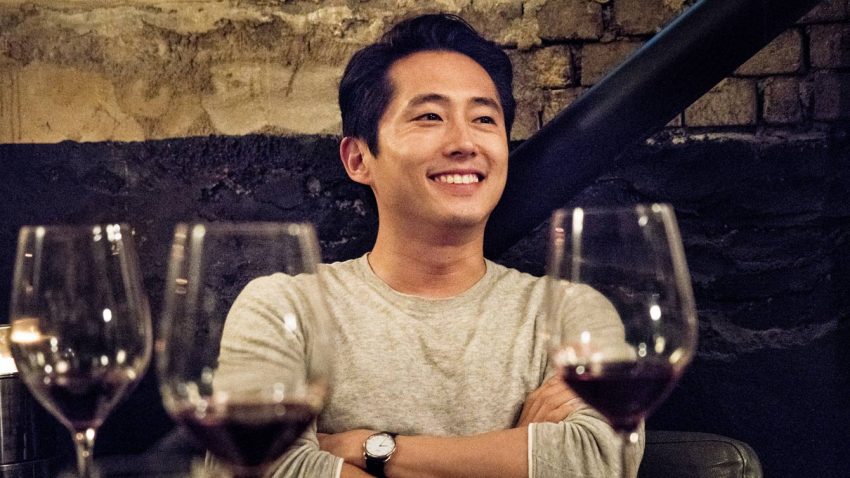 This adaptation of Haruki Murakami’s short story “Barn Burning” is either an off-kilter serial killer thriller or merely an eccentric case of arson. Either way, a young woman has still vanished under mysterious circumstances. The metaphors get rather ominous, but the lonely, detached nature of modern life is even more dangerous for the protagonist and the missing woman he searches for in Lee Chang-dong’s Burning, South Korea’s official foreign language Academy Award submission, which opens this Friday in New York.

Lee Jong-su really does not remember Shin Hae-mi from their school days, but she assures him he would not recognize her if he did. In the intervening time, she has had enough work done to allow her to work as a model at cheesy store ribbon-cuttings. Shin really ought to be out of Lee’s league, but she seems determined to worm her way into the shy aspiring novelist’s life. Shin is the only meaningful human contact Lee has had since his abusive father was incarcerated for an unrelated crime. Unfortunately, it will soon get complicated when Shin returns from an ill-advised bucket list trip to Africa.

Of course, Lee faithfully feeds Shin’s unseen cat and agrees to pick her up from the airport, where he is surprised to meet Ben, a wealthy fellow tourist, whom she bonded with during a terrorism scare. Lee immediately resents Ben, as well he maybe should, but not because he is a potential rival. There something rather sinister about the “Korean Gatsby” (as Lee dubs him), but the audience picks up on it much quicker than Lee. This is especially true when the drunken Ben confesses to an odd hobby: he sets fire to greenhouses—and his next target will be close to Lee’s rural home. Shortly thereafter, Lee he thinks he hears the sounds of a struggle in a brief call he receives from Shin’s phone, after which she essentially disappears into oblivion.

When not patrolling his local greenhouses, Lee does his best to investigate Shin’s disappearance, with his suspicions logically falling on Ben. At this point, Burning really takes on the form and substance of suspense film. Arguably, it functions as a mystery on two levels. There is the pressing question of what happened to Shin, but it is also pretty clear Lee Chang-dong and co-screenwriter Oh Jung-mi are deliberately keeping secrets from the audience, to maintain an aura of uncertainty. 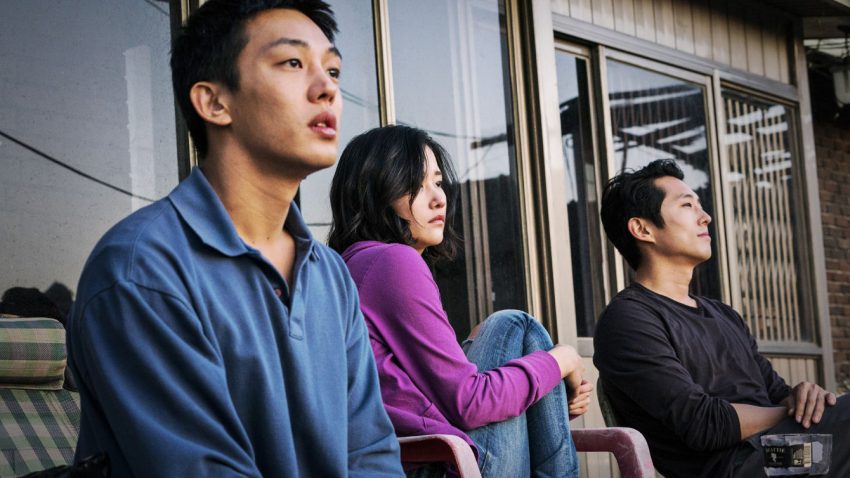 Granted, Burning is the sort of mysterious drama that is better described as taut than thrilling, but Lee’s third act confrontations with Ben crackle with such tension, Brian De Palma probably couldn’t have wrung much more anxiety out of them. Arguably, it is not quite as accessible as Lee Chang-dong’s previous film, Poetry, but it is still his best work to date.

Burning has justly garnered press attention as the Korean movie debut of Steve Yeun, who survived over six full seasons on The Walking Dead and rocked the office park in Mayhem. He is indeed quite unsettling as Ben. However, the film simply would not work without Yoo Ah-in’s achingly earnest portrayal of guileless, plodding Lee Jong-su. He makes us feel quite acutely the pain of Lee’s social alienation and just how vulnerable that leaves him to potential manipulation. Honestly, there is no weak link to this non-romantic triangle. Jeon Jong-seo more than holds up her end, portraying Shin as a bundle of neuroses, yet she is still eerily seductive.

All the elements work in concert throughout Burning, most definitely including Mowg’s unnerving minimalist electro-ambient score. It perfectly supports the on-screen drama, but it also gives the film a distinctive flavor. Korean cinema has demonstrated a real comparative advantage in the field of dark, morally ambiguous thrillers, with The Witness and Seven Years of Night being two excellent recent examples. Burning could be considered partly a continuation of that trend, but it is also the accomplished work of a genuine auteur. Very highly recommended, Burning opens tonight (10/26) in New York, at the Quad Cinema.