Sure, plenty of popular books get the big-screen treatment—to varying degrees of success and satisfaction—but what about the hidden gems? The stories Hollywood doesn’t pay attention to, too busy rebooting the same four franchises ad nauseam?

Today, I’ve got spooky lit and flick pairings that share atmosphere and plot themes and go together like cheese and fine wine. 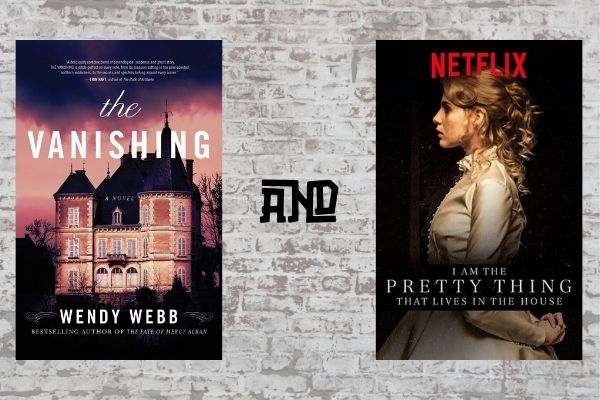 THE BOOK: Widowed and left penniless by a scumbag, Ponzi-scheming husband, Julia Bishop is desperate to escape the paparazzi. Enter a strange job offer: to be the live-in caretaker of a horror novelist long-rumored to be dead. After arriving at the elderly woman’s massive house, Julia discovers startling connections to the family—and monstrous secrets hidden in the walls.

THE MOVIE: Lily Saylor (Ruth Wilson) is the live-in nurse for Iris Blum (Paula Prentiss), a retired horror author suffering from dementia. Days after moving in, Lily begins to suspect the nearly-empty house is haunted, and that Iris’ books were inspired by her own experiences with the ghost.

Webb, the “queen of Lake Superior gothic,” proves the English haven’t cornered the market on ghostly big house tales. Pretty Thing — written/directed by Oz Perkins (son of Anthony Perkins, of Norman Bates/Psycho fame) — doesn’t have much in the way of plot, but it is a tense little spookfest with very memorable images. 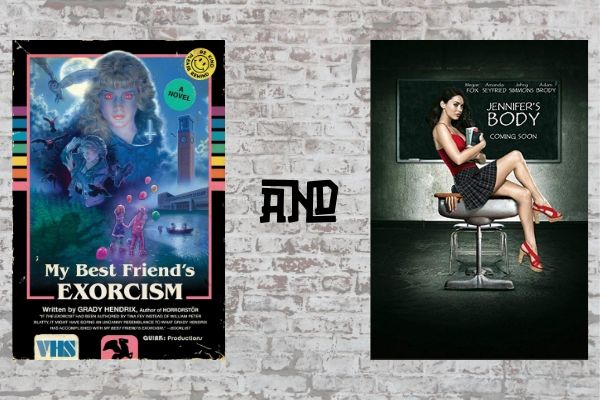 THE BOOK: In a story that’s a little 666, a little Sixteen Candles, high schoolers Abby and Gretchen find their BFF pledge tested when, after a skinny dipping adventure sophomore year, Gretchen is possessed by the devil.

THE MOVIE: When cheerleader Jennifer (Megan Fox) is sacrificed to Satan by a band for fame and fortune, the ritual goes wrong because she wasn’t a virgin. Jennifer comes back as a succubus to devour male students, and her childhood bestie Needy (Amanda Seyfried) is forced to stop her before she takes her revenge too far.

Hendrix is that rare male author whose female characters feel real and complex; Exorcism has pitch-perfect teenaged heroines with a heartfelt ride-or-die friendship and that nostalgic ’80s aesthetic so popular right now. Both Exorcism and Jennifer ride that fine line between camp and visceral horror, and both are full of righteous feminism and teen girl rage. 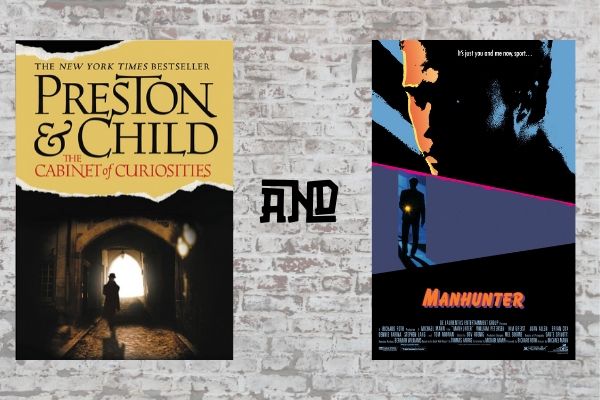 THE BOOK: Victims of a 20th century serial killer are unearthed in a New York basement during construction, and FBI Special Agent Aloysius Pendergast investigates when a copycat killer strikes. Pendergast discovers a troubling link to his own nefarious family—and a crazed plot involving an immortality serum and global genocide.

THE MOVIE: FBI profiler Will Graham (William Petersen, of CSI fame) is pulled out of retirement to track down a serial killer known as “The Tooth Fairy.” But Graham’s own tenuous sanity is threatened by the investigation, as well as his continued connection with the murderer who drove him into retirement: Hannibal Lecter (Brian Cox).

Cabinet may have more supernatural flourishes and a theme of science run amok. Manhunter may be an adaptation of another book: Thomas Harris’ Red Dragon. But both have an otherworldly tone, dangerously clever investigators and larger-than-life human monsters. Manhunter is also the best film thus far to feature Lecter—yeah, you heard me—and has gorgeously unsettling color and music stylization. 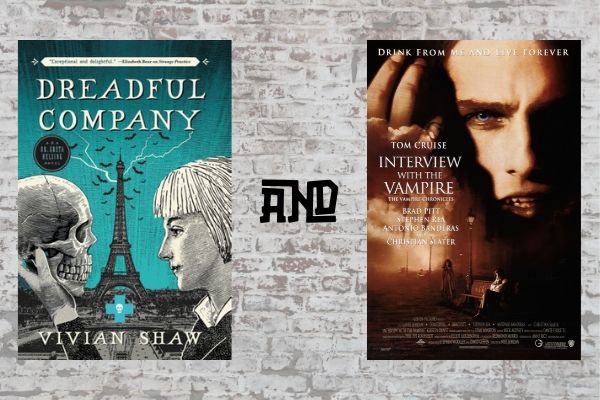 Dreadful Company by Vivian Shaw + Interview with a Vampire (1994)

THE BOOK: Greta Helsing, doctor to monsters, is kidnapped by vampires while at a conference in Paris. Trapped in the city’s infamous Catacombs, Greta struggles to escape the bloodthirsty coven—who take the “children of the night” aesthetic too far with body glitter and ridiculous names, yet are still plenty deadly—while her paranormal found family deals with worrying temporal fluctuations throughout the city.

THE MOVIE: Interview, courtesy of author Anne Rice, has been a gold standard for dangerous yet dreamy bloodsuckers for over 40 years, and follows the bloody drama of co-dependent vamp boyfriends Louis (Brad Pitt) and Lestat (Tom Cruise) from Louisiana to Paris.

In both the book and movie, Paris proves to be a city of light and darkness. Both opera and theater are key to the plots. There are vamps equally sexy and scary. There are memorable damsels—Greta, Claudia—who aren’t always in distress. And both stories feature LGBTQ characters, if that sweetens the pot. 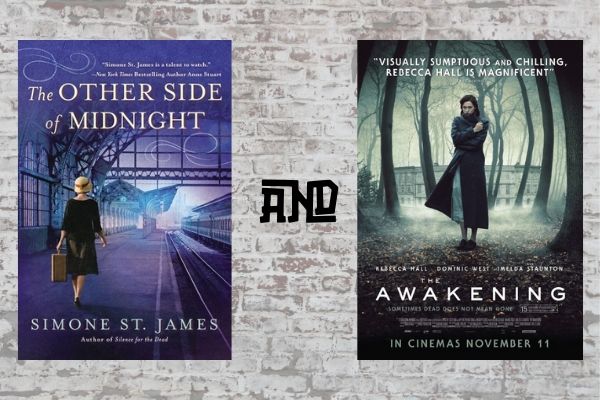 The Other Side of Midnight by Simone St. James + The Awakening (2011)

THE BOOK: Psychic-medium Ellie Winter teams-up with debunker/World War I veteran James Hawley in 1920s England to solve the murder of her former friend and fellow medium Gloria Sutter. Sparks fly, spooks appear, and there are plenty of dangerous twists in this romantic supernatural mystery.

THE MOVIE: In 1921 England, debunker Florence Cathcart (Rebecca Hall) is called to a remote boarding school when a ghost allegedly claims the life of a young boy. Upon arriving, Florence learns the supernatural may not always be chicanery as she quickly falls for teacher/WWI veteran Robert Mallory (Dominic West) and uncovers hidden secrets from her own past.

St. James has long been a fave of mine; her heroines are strong and clever, their love interests handsome and torn by the War. The spectral flourishes are genuinely creepy and the well-crafted plots brim with stellar historical detail. The Awakening feels like a St. James novel brought to life in the best way, full of chilly atmosphere, commentary on the War, frightening images, and fiery romance.

Still in a spooky mood? Revisit 1919’s The Haunted Bookshop!