Wendy Walker, author of All Is Not Forgotten, took time out of her busy schedule to answer some of CrimeHQ's questions about her new book, the controversial topic of memory supression, and the upcoming film based on the novel!

What authors inspired you to write and/or influenced your writing style?

I was influenced by many authors, as well as some recent television series, films, and even Broadway. Years ago, I started reading John Grisham and I was immediately drawn in by the structure of his narrative and also the underlying moral issues he wove into his plots. More recently, the “grip-lit” books have intrigued me because of their focus on an unreliable narrator and fearlessness in delving into dark subject matter.

So, when I started writing All Is Not Forgotten, I was very focused on the development of the issue of memory science, but also on creating a structure for telling the story that would appeal to our changing appetite for entertainment across all mediums.

I think we are moving, as a world culture, toward more complex and non-linear story telling. Because of the overwhelming amount of devices and applications, we often have numerous inputs running all at once. We can follow them all if they are simple and moving in a straight line, but I think this takes away from the pleasure of entertainment that comes from escaping and feeling things we don’t normally feel.

All Is Not Forgotten attempts to create that feeling of total escape by telling the story with a new kind of structure, but one that feels as seamless as an engrossing conversation with a friend.

How does your background as a commercial litigator/investment banker affect your writing?

Both of those fields require a certain kind of thinking that lends itself to structuring a complex narrative. Putting together a deal, a case, or a brief all involve the process of telling a story—breaking down the pieces and then delivering them to the audience, a judge, a potential buyer, etc., with pieces of evidence that are convincing.

Building the story in All Is Not Forgotten required that same kind of organizing. I had colored note cards for each character and plot line, and then I layered them into the chapters in a way that was organic to the story but also in the order required to build suspense.

It was far less glamorous than you might think!

I also learned a lot about psychology within families and children through my work as a family law attorney, and this knowledge was extremely useful in writing this book. Yes I did. I needed a narrator who would have access to every character on a very personal and deep psychological level. The character who emerged in my imagination was a psychiatrist with very specific characteristics, including his gender, his strong views about the world, and his voice.

This was my first attempt at first person narration and I loved it! There are incredible tools with this narration that allow the writer to provide information to the reader in several ways. Not only is the reader learning things through the facts that the narrator is providing, but deeper, more subtle information is also being given, almost subliminally, through the choice of the words used, the tone, the length of the sentences, and even the cadence of the paragraphs.

With every passage, I thought carefully about whether Dr. Forrester would use profanity or clinical terms. Would he come across as thoughtful or angry or sad or just stirred up for some reason? And, would I get that across by making his words harsh or flowery? Or, would I make the sentences flip or very short?

I sometimes felt like an evil scientist mixing a potion—with the hope of mesmerizing the reader, even for just a few hours. It was tremendous fun!

What kind of research went into the idea/theme of memory suppression?

Back in 2010, I came across an article in the New York Times about the use of morphine to treat PTSD and how its use might spread from soldiers wounded in the field to victims of other traumas, like rape.

I wrote All is Not Forgotten in the spring of 2015, and by that time, the research into memory reconsolidation had exploded. I read everything I could find on the internet, including scientific research papers, and then I worked with a neuroscientist to make sure I was describing things accurately.

I tried to give the reader enough information about the science without slowing down the narrative. The treatment described in the book is fictitious but squarely in the path of memory science research which is ongoing today.

For more videos of Wendy Walker, visit her YouTube page!

We heard that Reese Witherspoon is developing All Is Not Forgotten for film—who would YOU cast as the main characters?

Yes! Warner Brothers has acquired the rights to make the film and Reese Witherspoon, with her partner Bruna Papandrea at Pacific Standard Films, will produce. Reese Witherspoon also plans to play Charlotte Kramer. It is a dream team for a novel like this, and I could not be more excited!

As far as casting, I cannot imagine trying to cast the other characters. They live in my mind so vividly that any time I try to put another face on them, it seems very strange. So, I am grateful to have Warner Brothers and Pacific Standard making this movie because I know they will be able to see the story from new angles and develop it in a way that honors the book but translates beautifully to the screen.

House of Cards! I just finished them all and I loved this season.

Read an excerpt of All Is Not Forgotten here!

Wendy Walker has worked as an attorney specializing in family law. Her novels include Four Wives, Social Lives, and All is Not Forgotten. She lives in Connecticut where she is at work on her next novel. 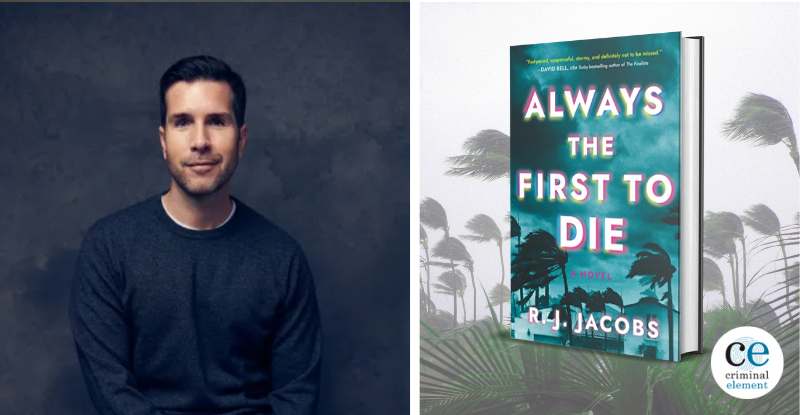