Q&A with Traci Lambrecht (aka PJ Tracy), Author of The Guilty Dead 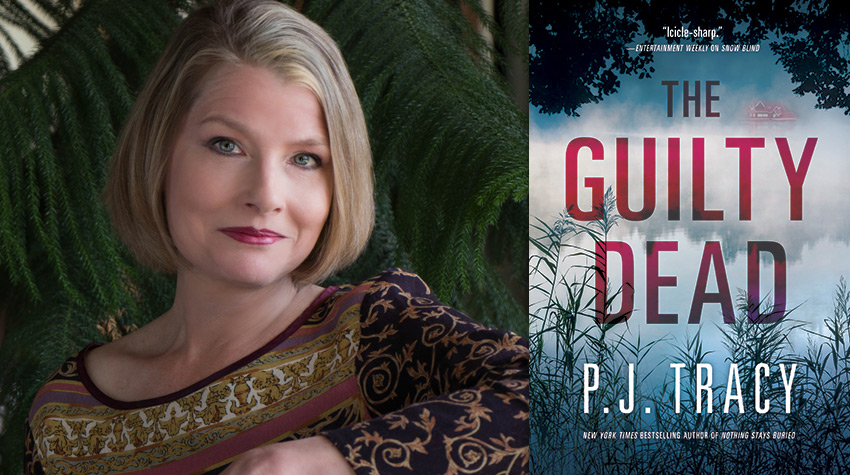 Traci Lambrecht collaborated with her mother, PJ Lambrecht, under the pseudonym PJ Tracy until PJ’s death in 2016. Together, they wrote several romance novels under a variety of names before turning to crime fiction. Their books are national and international bestsellers and have won accolades including the Anthony, Barry, Gumshoe, and Minnesota Book Awards. Their beloved Monkeewrench series now boasts nine titles—the newest, The Guilty Dead (available September 11), marking Traci’s first solo thriller.

Recently, the author kindly entertained questions pertaining to balancing freshness with familiarity in series writing, achieving a sense of reality in fiction, keeping up on trends in technology, using humor to offset darkness, and the enduring power of her mother’s legacy. She also teased what comes next.

The Guilty Dead is your ninth Monkeewrench title. How do you endeavor to balance freshness with familiarity as the series progresses? Also, what have you found to be the key(s) to creating a believable sense of danger despite genre conventions or reader expectations?

You’ve nailed two challenging aspects of series writing. Perhaps the most difficult is writing for both fans and new readers, keeping everybody satisfied without being too vague or too didactic. Having a cast of diverse characters is incredibly helpful—it enables you to explore multiple perspectives in each book and play with their arcs, which goes a long way in keeping things dynamic and fresh.

Characters also personalize the sense of danger and suspense. You can have the scariest plot in the world, but if the reader doesn’t connect with the protagonists and live the story through them, it won’t have much impact. Fictitious danger is an illusion, and you have to sell it to a savvy readership. Above all, I try to maintain a sense of spontaneity when I tell a story. If I can surprise myself, chances are the reader will be surprised too.

In what way(s) does the story’s premise allow you to explore the current culture of journalism, and why, in your opinion, is fiction a powerful lens through which to view reality?

Fiction is a condensed snapshot of the world around us as perceived by the author and experienced through the characters. It can tell many stories or present a point of view without lectures, and it’s interactive in that it is subject to the reader’s interpretation. I think that all aligns to bring a sharper focus to whatever you’re writing about and hopefully engenders further thought or discussion. Above all, I consider myself an entertainer, but in the Monkeewrench series, larger societal topics usually play a role, including domestic violence, terrorism, the positive and negative aspects of technology, and vigilantism. A book is a conversation with the reader, and you always aim to make a solid connection.

I hadn’t much considered the current culture of journalism when I wrote Amanda White’s character; I just wanted to challenge the cliché of cops versus journalists, always at odds with each other to push individual agendas. Journalists are getting beaten up now (sometimes deservedly), so I also wanted to portray an ethical, admirable person with humanity and values that superseded her ambition. 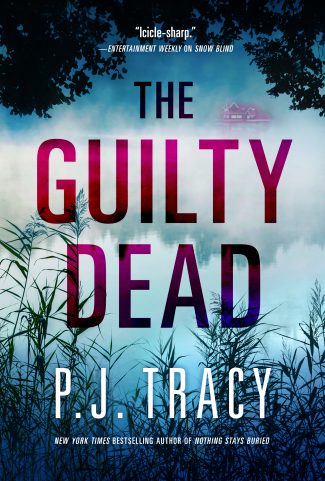 The book incorporates elements of technology (digital evidence, etc.). In what ways have such advancements influenced the stories you tell, and how do you research these topics to ensure accuracy and timeliness?

When PJ and I began the Monkeewrench series in 2003, technology, as we know it today, was in its nascence, which made it so intriguing to write about. Anything you could imagine would likely be possible by the time the book was published, and that remains true to this day. I once asked a hacker if something I’d written about was possible. He laughed and told me, “Maybe not right now, but just wait a couple days.”

PJ and I also loved the juxtaposition of tech with old-fashioned detective work. Computers can crunch data, but they can’t read a situation or a suspect, so the human element is still critical in solving mysteries and will never be obsolete.

The research aspect is one of my favorites. I’m lucky enough to have a crew of “consultants”: friends and family in tech and law enforcement. Their skills and knowledge are invaluable, but everything I write is a simplified or sometimes enhanced version of their truths—an imagining of what might be—so any inaccuracies are mine. It is fiction, after all!

This narrative continues the tradition of being both witty and wise. In what ways can humor be used to offset the horrors of humanity, and how do you achieve a sense of fun while being sensitive to the realities of crime and its aftermath?

Anybody whose job puts them in frequent contact with human tragedy needs a release valve to maintain their sanity, and dark humor is pretty common in these fields. Without it, their souls would be crushed. It’s never meant to be disrespectful; it’s just an occupational necessity to combat an occupational hazard. A perfect example of this is the Los Angeles County Department of Coroner—they have an on-site gift shop (yes, a gift shop!) called Skeletons in the Closet, and I use their mousepad. It features a chalk outline of a body with the caption: We’re dying for your business.

Dark and light—you can’t have one without the other.

You collaborated on these books (and others) with your mother before her passing in 2016. How does her legacy continue to inspire your storytelling, and on reflection, what do you think is the greatest lesson she taught you in terms of craft?

PJ inspires me every day. Writing is my enduring tether to her, and she is absolutely with me when I do it, laughing, encouraging, and throwing out her zinger witticisms. The voice of PJ Tracy is neither mine nor hers but a language we created together, and it endures as vividly as if she was still sitting across the desk from me.  She was such a vibrant person—a true force of nature—and she taught me to find joy in everything, especially writing. I learned many things about the craft from her, but most importantly, I learned that magic happens when you put pen to paper.

Monkeewrench #10 is almost finished, slated for publication in 2019, and although I’ll never stop writing about the gang, I have been considering taking a break to write a standalone. I think a new challenge would be energizing and inspiring. Also, PJ’s and my Christmas ebook, Return of the Magi, is under film option and will hopefully see the silver screen one day soon. It’s dark and funny and filled with redemption, and who doesn’t need a little of that?

I have the greatest job—and as PJ always joked, it was the only one we could get.

PJ Tracy was the pseudonym of mother-daughter writing team PJ and Traci Lambrecht. Traci spent most of her childhood riding and showing horses. She graduated with a Russian Studies major from St. Olaf College in Northfield, Minnesota, where she also studied voice. Her aspirations of becoming a spy were dashed when the Cold War ended, so she began writing to finance her annoying habits of travel and singing in rock bands. Much to her mother’s relief, she finally realized that the written word was her true calling. They had a long, prolific career together in multiple genres before PJ’s passing in December 2016. Traci continues to write.