Q&A with Stephanie Jo Harris, Author of The Poet Recusant 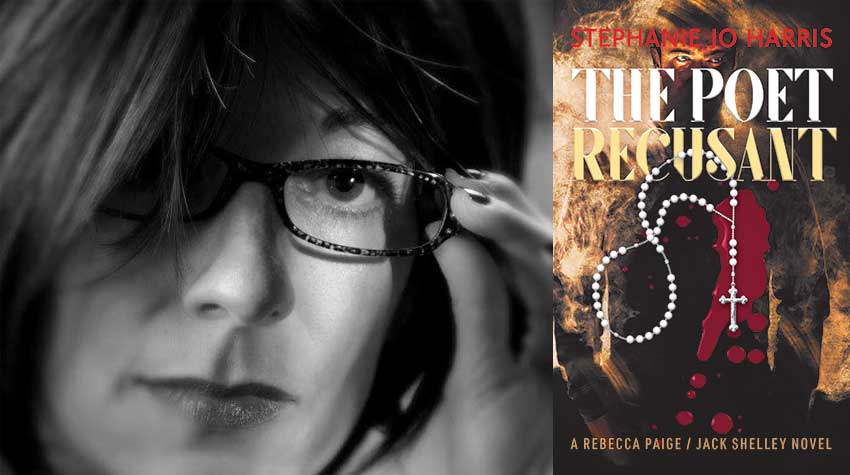 Stephanie Jo Harris is an author of psychological thrillers who professes to have “a special affection for all things disturbing and uncomfortable.” A lifelong Midwesterner and a licensed therapist, she introduced a compelling new series with last year’s The Poet, which chronicles the dangerous relationship between enigmatic assassin Jack Shelley and his beautiful paramour, Rebecca Paige. Their saga continues in The Poet Recusant, which picks up right where the first book left off.

Recently, the author kindly entertained questions pertaining to writing a sequel that satisfies as a standalone story, drawing upon her own background to create character and perspective, using romantic tension to augment suspense, melding genres to maximize appeal (and to mirror her own interests), and using the lens of fiction for clarity and catharsis. She also teased what comes next.

The Poet Recusant is a direct sequel to The Poet. What are the unique challenges of writing a story that stands alone while still continuing an overall arc, and how did you endeavor to balance backstory with narrative momentum to satisfy both returning and new readers?

Initially, I did not start out with a plan for a sequel. But when I was finished, there were a few questions that I wanted to answer, so I kept going. I don’t want to spoil the book by saying what they were, but there are events that I had to explain. I actually found it useful to have the entire series mapped out first, including the finale. It required some rewrites of the first book, but it made it easier to progress and stay true to the overall arc when I had the ending established. There are multiple timeframes and personalities across the series. I had to know Jack’s entire life before I was comfortable with the finished product. I think I have five Poet Series books in the works.

Your protagonist, Rebecca, is an administrator at a psychiatric hospital who finds herself embroiled in a criminal plot while on vacation. What of your own background as a licensed therapist do you bring to her character, and how do your insights into the realities of mental illness inform your development of those she finds herself surrounded with?

In my past, I held the same role as Rebecca, so no doubt there were influences from my days on the psych unit. I’m sure that is true of all writers in terms of their history and experiences. With Rebecca, I certainly remember what it feels like to be in a dangerous situation, so I provide some perspective on how she interprets the people and world around her. She approaches many situations from a psychological perspective. 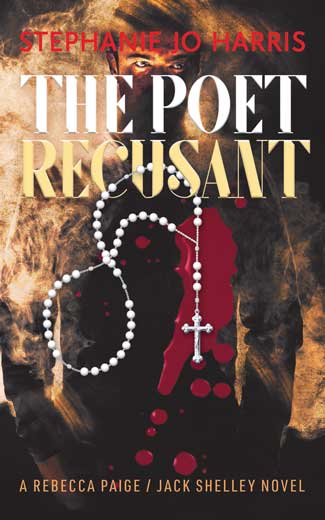 Rebecca finds a dangerous counterpart in assassin Jack Shelley. How do their personality differences enhance their relationship dynamic, and in what ways does the resultant romantic tension add to the overall suspense of the story?

Rebecca sees Jack as a dangerous man, and in this way, she understands him. We never really know what Jack is thinking, but the totality of circumstances that lead to their meeting and involvement hopefully leaves the reader wanting to see more and consider if a relationship is possible given his lack of morality.

The books meld different genres. In what ways do you think this broadens their appeal to readers, and how has your own “special affection for all things disturbing and uncomfortable” influenced your subject matter?

I agree that the books meld different genres. I had a difficult time defining it at all. I think life doesn’t fit into a genre, and perhaps readers might find the different aspects of the story appealing for different reasons. Some people want to see Rebecca more, some people prefer Jack, and some people enjoy the possibility of a relationship between them.

As far as my special affections, I believe this helped with the evolution of Jack and kept me from the fear of writing anything too terrible. There are some parts in the story that are meant to make people uncomfortable and hopefully allow them an opportunity to consider why that is and give the story some thought. At the very least, I hope they feel something—even if it’s how much they hate it.

To follow up on that: Why is fiction a particularly powerful lens through which to view the real-life things that scare us, and do you find writing about these things to be cathartic?

Fiction allows us to explore aspects of the world we would not typically be able to touch. It provides a safe place to experience emotions that we may not experience in our normal day to day. Personally, I find writing to be closer to addictive and painful than cathartic, but I imagine there is some benefit to getting everything out on paper. I get scenes stuck in my head, and until I write them down, they can be a little intrusive. Once they are written, I can move on to the next scene or conversation. That is part of the reason I had to write the entire series before releasing the first book.

There are consequences in life. Jack and Rebecca will have to face these consequences. Additionally, a little more of Jack’s backstory is revealed, which I know readers want to hear. I am pleased the story allowed for that. Most of the people that like The Poet want to know more about Jack, but I am not sure they will like what they learn about him. Either way, he is what he is, and I have a lot of fun writing him!