Q&A with Nathan Ripley, Author of Find You in the Dark 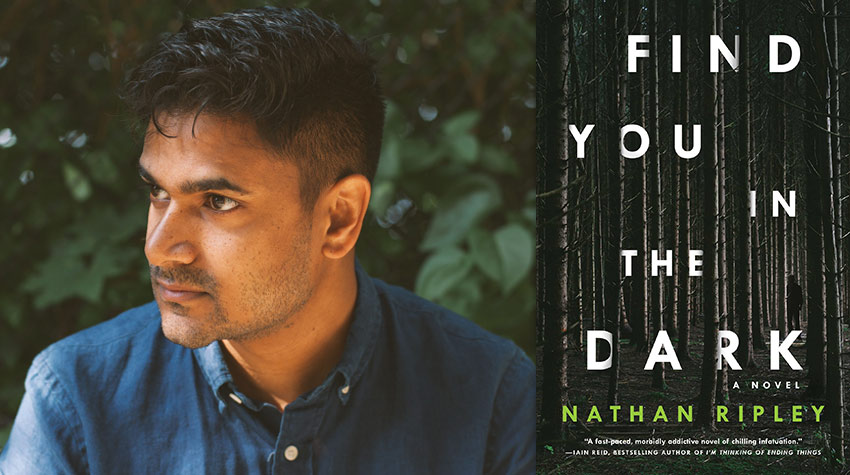 Nathan Ripley is the pen name of literary fiction writer and journalist Naben Ruthnum, whose stories and essays have appeared in The Walrus, Hazlitt, Sight & Sound, and Ellery Queen’s Mystery Magazine, among other places. His debut novel, Find You in the Dark (available in paperback June 19, 2018), earned praise from the trifecta of Booklist, Kirkus, and Publishers Weekly; additionally, bestselling author Amy Stuart noted: “A wickedly smart thriller that manages to be both chilling and wry … Just when you think you’ve got a grasp on it, the story twists to new and darker places.” The author makes his home in Toronto.

Recently, Ripley/Ruthnum generously ruminated on topics including his desire to explore a new format, bringing freshness to the familiar by way of his protagonist’s unusual hobby, the ways in which setting can enhance story, and how his previous writing endeavors informed his transition to novelist.

What inspired you to write a full-length novel, Find You in the Dark, and why did you choose to do so pseudonymously?

I’ve always wanted to write novels, screenplays, criticism, short stories—everything I could. Novels are hardest, I think, so working my way through many short stories to improve my skills finally got me to a place where I was ready to attempt the cluttered first draft of Find You in the Dark, which was titled Scrapbook at that point. Since I want to write so many different kinds of work in different genres, having at least two names to indicate to the audience what kind of book they were getting seemed to make sense. So, Nathan Ripley got the first novel—hopefully I finish one under my own name in the coming years. 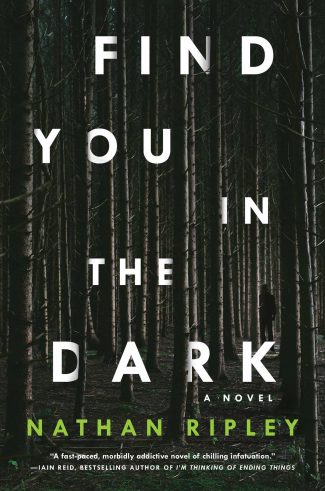 Your protagonist, Martin Reese, has an obsession with finding the remains of murder victims. In what ways does this add complexity and conflict to the narrative, and how does his unusual hobby allow you to bring an authorial freshness to the serial killer story?

Beyond just being a hook for a different kind of cat-and-mouse thriller, as our protagonist is up to illicit activities that mean he can’t fully turn to the police for help, Martin’s obsessive hobby allowed me to build a complex character who is often doing good things for the wrong reasons. His lack of awareness of the depth of his own weirdness allows him to have a normal life, and readers (and me!) can find enough common ground and appeal in Martin to follow him through the disastrous situation he finds himself in. I’ve always been more interested in psychology than violence in these stories, and I think a lot of readers share this preference. Of course, no serial killer story can be complete without some glimpses into the true darkness of violence and obsession.

Det. Sandra Whittal has suspicions about Martin (“The Finder”) and his motives. How does her uncertainty serve to heighten suspense, and in what ways do these characters’ fundamental differences illuminate the inherent ambiguities in pursuing justice?

Detective Whittal wasn’t in the first draft of this book, and the absence of her suspicions was part of what made that draft ineffective. She does share one thing with Martin, at least: a sharp, obsessive quality that she’s turned toward investigation. But she has no time or patience for deviance or selfish self-righteousness in men, which is why she doesn’t see any quality of goodness in Martin’s anonymous “finding” activities. Like Martin’s wife, Ellen, and daughter, Kylie, she’s a person who refuses to exist to be a counterpart to the men around her, whether those men are her partner or the criminals she’s taking on.

You use Seattle as the backdrop. In your opinion, how does setting enhance story, and in what ways did you endeavor to bring a sense of place alive for the reader?

Some crime novelists—like James Lee Burke—make setting an inextricable part of story. I aim for that in some of my writing, and in the case of Find You in the Dark, I wanted a setting that was both realistic and appropriately atmospheric for the story. The Pacific Northwest has a long history of serial killings and unfound victims—while I felt it would be tasteless to directly mention any names of real killers or victims in my novel, I did want enough realism in the story for the suspense to be effective. And having spent a lot of time on the West Coast of Canada, I know how chilly, lonely, and weird the woods can be, even when you’re within a short drive of a populous city. I tried to get that on the page.

Your background includes journalism and short stories. How did this influence your approach to writing a novel, both in terms of style and discipline, and what skills have you found to be transferable regardless of format?

I was never a “real” journalist—just an arts critic and interviewer, really. But writing short stories taught me everything I needed to know to write good sentences, good characters, and good dialogue. What it doesn’t teach is the long game—turning up at the same draft for months and making it longer and better.

Another thriller, due in 2019, about a young filmmaker who is confronted by the crimes committed by her cult-leader father decades ago. I’ll tell you more when it’s finished!

Nathan Ripley is the pen name of literary fiction writer and journalist Naben Ruthnum. His stories and essays have appeared in The Walrus, Hazlitt, Sight & Sound, and Ellery Queen’s Mystery Magazine, among other places. He lives in Toronto.