Q&A with Mindy Mejia, Author of Leave No Trace 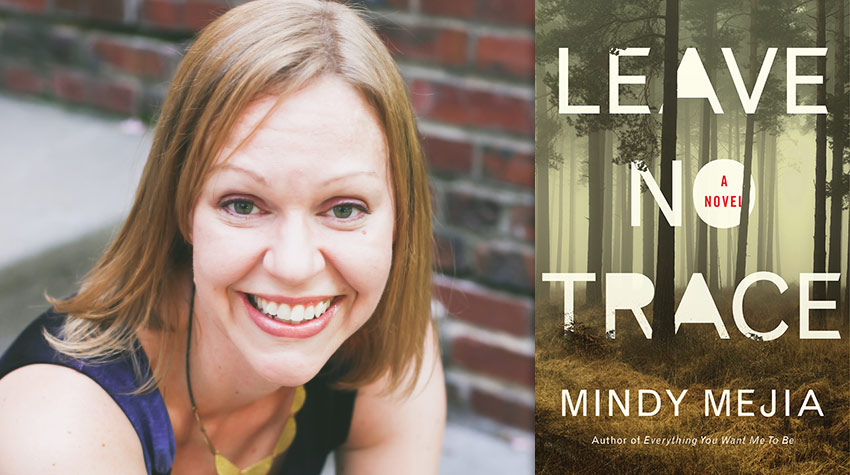 Mindy Mejia is the author of The Dragon Keeper (2012) and the suspense novel Everything You Want Me to Be (2017). She received a BA from the University of Minnesota and an MFA from Hamline University; Mejia has lived in the Twin Cities nearly her entire life, where she has held jobs ranging from apple orchard laborer to global credit manager. Her highly anticipated new thriller, Leave No Trace (available September 4), received a starred review from Kirkus: “Mejia’s thrilling tale works both as an engaging mystery and a haunting meditation on grief, abandonment, and the lost places within ourselves. Brutal, devastating, and utterly riveting.”

Recently, the author generously indulged questions pertaining to the elasticity of the suspense genre, the development of deep themes that underlie superficiality, the parallels that can be drawn between seemingly dissimilar characters, the relationship between setting and story, and how the lens of fiction can be used to explore real-life social issues. She also teased her next book, which plays out against a familiar backdrop.

Leave No Trace is your second suspense novel. What appeals to you about this genre, and how does its framework serve the stories you desire to tell?

I’ve found so much of a home in Oscar Wilde’s famous line, “This suspense is terrible. I hope it will last.” There’s a delicious dichotomy in reading and writing suspense because, at its heart, the genre is about finding pleasure in the discomfort of not knowing. We have a great desire to know the answers, to solve the mystery, but an even greater desire—if less often voiced—to not know, to be held in a state of anticipation. This is one of the main reasons I’ve always had trouble outlining because I want to be surprised by my characters. I want to write into the suspense. As a genre, it’s a wonderfully broad umbrella because it’s defined less by prosaic conventions and more by tone and subtext.

Superficially, the book is about a father and son who walk into the woods and disappear, the son (Lucas) materializing a decade later. What themes (re)emerge with him, and how does his hidden history provide entry into those areas?

When Lucas appears in society again—a decade after he was put on the missing persons list and presumed dead—half his life has elapsed. He’s dealing with institutions and structures of which he has no concept, and the entire world presents as completely alien to him and as dangerous as the Boundary Waters wilderness would feel to most of us. We intuitively understand that this character is lost, but it later becomes clear it has little to do with the psychiatric facility. What’s actually unmoored him is his father. At its core, this is a book about family and loss, and those themes continuously echo within all of the main characters. 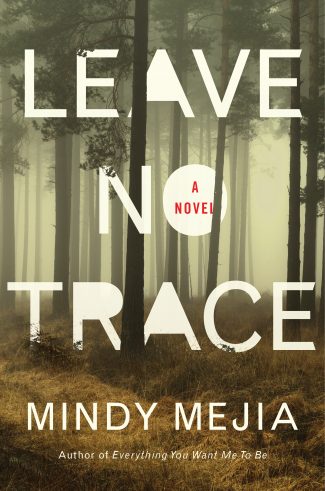 There are some commonalities between Maya’s and Lucas’s backgrounds. In what ways do these parallels inform Maya’s actions and motivations, and how does this work as a catalyst for suspense throughout the story?

Maya was left by her mother at a young age, without any real understanding of the forces that pushed her away. To lose a parent at any age is devastating, but the trauma of a willful abandonment complicates the loss with so many other emotions—guilt, regret, anger, confusion—all of which influence Maya’s personality. Lucas’s father also disappeared from the known world, and she intrinsically understands Lucas’s need to find him. It’s this shared drive into the unknown, to recover what has been lost, that propels the suspense throughout the story.

The book is set against the backdrop of Minnesota (and its wilderness). In your opinion, how does setting enhance story, and in what ways does this particular narrative benefit from atmospheric flourishes?

Apart from providing context and worldbuilding, I’ve always found setting critical for character development. You can practically chart a character’s DNA through their environment, both built and natural. Point of view is illustrated through setting as well. What an individual character notices or reads into his or her setting is almost more reflective of them than their surroundings.

In Leave No Trace, I explore one of the classically taught conflicts in literature: man vs. nature. Most of our society is built around this idea—that we have to protect ourselves from the wild. Some characters subvert this idea, finding comfort and refuge in the wilderness, while others are rooted in the man vs. nature psychology, and that’s when the setting also becomes a character in its own right. It’s human nature to animate both what we fear and what we love.

You delve into the complex world of the mental health system. What realities did you want to explore through the lens of fiction, and how did you endeavor to balance seriousness and sensitivity in your depiction?

The institution featured in the book—Congdon Psychiatric Facility—is fictional, and it’s based on a composite sketch of what a mental health facility that admits both voluntary and forensic patients might look like. I had a huge challenge finding models for Congdon because there’s a gross lack of mental health resources and funding in this country. So many seriously mentally ill people in the US are sent to jail or prison, and comparatively few are admitted to a state psychiatric hospital.

I tried to bring this issue to the page as a societal framework for both Lucas and Maya’s stories. In the book, I don’t have the opportunity to delve into many of the other patients’ experiences at Congdon, largely because Maya and Lucas are both such isolated characters. When I do, though, it’s through Maya’s practical and nuanced point of view. She’s seen the system from both sides, and she has a more holistic perspective.

At one point, Maya tells Lucas, “There are a dozen cognitive disorders in this room right now, but that’s not who these men are. It doesn’t define them.” Similarly, I didn’t want the forensic patients to be defined by their crimes, even as they are living the results of them. There’s a lot of sensationalism and fear. I tried to present the backstory along with the patients’ current treatment statuses, their quality of life, and personalities.

I’ve come home to the Twin Cities for my fourth book. A forensic accountant races to find 10 million dollars that’s gone missing from an elite kickboxing gym and becomes dangerously involved in the toxic marriage between the two powerful owners.

Mindy Mejia received her MFA from Hamline University. Her debut novel, The Dragon Keeper, was published by Ashland Creek Press in 2012. The granddaughter of Minnesota farmers, she lives in the Twin Cities with her husband and two children. She is the author of Everything You Want Me to Be.