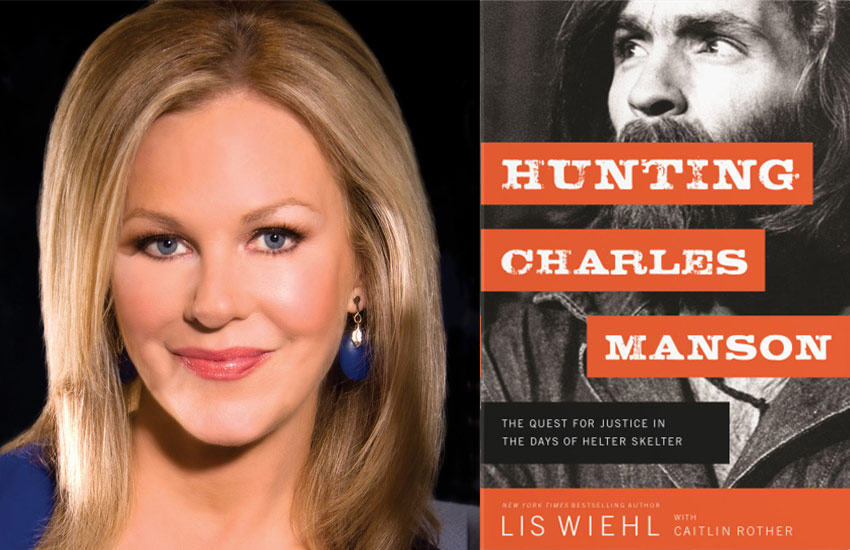 Lis Wiehl is one of the country’s most prominent trial lawyers and well-respected legal commentators. She served as a federal prosecutor in the United States Attorney’s office and was a tenured professor of law at the University of Washington. Wiehl earned her Juris Doctor degree from Harvard Law School and her MA in literature from the University of Queensland. She also served as a legal analyst for Fox News, The O’Reilly Factor, NBC News, and NPR’s All Things Considered; additionally, she has appeared regularly on Your World with Neil Cavuto, Lou Dobbs Tonight, and the Imus morning shows, and she was the host of the Wiehl of Justice podcast. A bestselling crime novelist, Wiehl has most recently collaborated with Caitlin Rother on the nonfiction title Hunting Charles Manson—a painstaking reexamination of the notorious crimes and their cultural context.

Recently, Ms. Wiehl entertained questions about what sparked her interest in revisiting the Manson case, how she endeavored to tell the story with thriller-like urgency, where her original investigation began, and why our understanding of the crimes is crucial still today.

Charles Manson and his crimes are infamous. What drew you to this particular topic to begin with, and given the unparalleled notoriety, how did you endeavor to find an entry point to your own exploration?

WHY MANSON? Even after his recent death, the name Charles Manson remains etched into the conscience of American culture. Who he was and what he and his “Family” did chipped away at our country’s innocence at a very critical time in our nascent history.

Who was this head of a murderous “Family” who flaunted this self-made swastika tattoo on his forehead, who somehow persuaded young women to kill and torture for him in the late 1960s? His actions, his person, his “Family” changed American culture forever.

I wanted to explore how this happened. And, perhaps, how it could be prevented from happening again.

You have the ability to conceptualize stories as both a trial lawyer and a crime novelist. In what ways does this unique background inform your own storytelling sensibilities, and what do you believe are the advantages of approaching nonfiction as you might a thriller?

Storytelling is key to success in either of these occupations. You gotta love to spin a yarn, tell a story!

I’m always thinking about where and how I’m going to tell my next story as well as what kind of motives and means I’ll be ascribing to different characters in my next novel.

Just the other day, I was driving with my now-grown-up son for a Memorial Day weekend holiday beach ride, and as we passed by some dunes on the way to our designated point to meet friends, I peered out the window and commented to him, “That would be a great place for a murder plot to begin.” Mind you, this was a sunny day in late May. My son, totally unperturbed, said, “Oh, Mom, you’re always coming up with murder plots.” Well, I do write murder mysteries.

But whether I’m writing about fictitious murders or prosecuting someone for a very real murder, I’m trying to convince someone of the truth. In the courtroom, I’ll convince a jury by telling them the story of what happened to the victim through the evidence I present—letting the witnesses and documents tell the story for me. Writing novels is easier than presenting evidence in a courtroom because the rules of evidence don’t hold me back, but staring at a blank page with so-called “writer’s block” has sometimes made me wish for the good old days of a cranky judge. No course is obstacle free.

But I love bringing what I’ve learned in the courtroom to inform my storytelling and keep my thrillers thrilling!

Hunting Charles Manson is told as a fast-paced, nonfiction thriller. So I hope that readers will read the book almost as a novel, with the awareness that the stories really did happen.

My transition from the courtroom to the publishing world wasn’t much of one at all because my novels were all based on stories I covered as a journalist or prosecuted as a lawyer. I take bits and pieces of reality and make up a fictional world. In writing Hunting Charles Manson, I followed leads so I could document and source material. 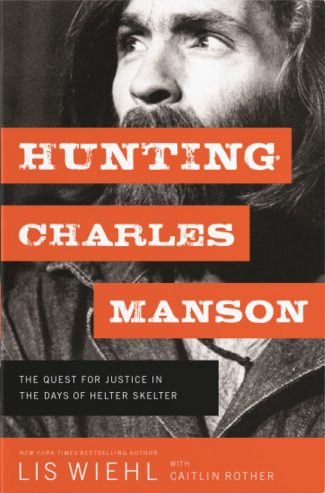 Hunting Charles Manson is not simply a rehashing of history but a full reexamination. How did you balance archival research with original reporting, and what are some of the fresh elements that you are able to bring to a seemingly familiar story?

One of my purposes in writing this book was to advance the story. With my experience in newsrooms—both print and broadcast—I felt it was important to bring readers to the present day with as much new information as possible. I wanted to avoid a rehash of the prosecution’s narrative as relayed by the prosecution in Vincent Bugliosi’s Helter Skelter.

So I used Helter Skelter, then, only for cross-referencing and fact-checking and focused on identifying primary source material. That was a daunting task, as you might imagine with a nearly 50-year-old case and many defendants. Charles Manson may have been the primary defendant, but he was not the only one.

Researching a 50-year-old case, with social histories of defendants that go back an additional 20 or more years, posed formidable challenges. I had the amazing experience of being the only member from the press that was allowed access into the latest parole hearing of Charles “Tex” Watson—Manson’s self-proclaimed right-hand man and the one who actually wielded the knife in many of the murders. It was a fascinating experience to view evil so close up.

Looking for new material was invigorating. But for me, what truly inspired me was my personal contact with members of the victims’ families who showed up at the various parole hearings of the convicted defendants. Even after all these years and all their pain, these victims’ memories are kept alive by these family members who are resolute in their message that Manson, and now the remaining co-defendants, should not be released from prison. Their passion and stamina are inspiring.

You develop a strong sense of the cultural context throughout the narrative. In what ways might this enhance a reader’s understanding of what happened, and how do you view it in relation to our contemporary climate?

The cultural context is important, especially because of how the community, including law enforcement, responded.

The investigation—how can I say this nicely—was bungled. First, had parole officers been keeping tabs on Manson the way they should have, the murders likely would not have taken place. But, in the culture that defined the late 1960s, Manson and his clan seemed untouchable. True, Manson was conniving and manipulative, but in my experience, most convicts are, so shame on those parole officers.

Second, had the different police departments investigating the cases—including the LAPD and LA County Sheriff—shared more information, and had evidence not been mishandled, Manson would have been arrested much earlier than he was. Again, sadly, there’s nothing special about the way law enforcement handled—or mishandled—this case. The case was high profile, but the jurisdictional squabbling between different law enforcement precincts was (and is) positively pedestrian. We saw the same issues at the federal level after 9/11 when it was revealed that the FBI and the CIA failed to share crucial information regarding the planned terrorist attacks.

It is also important to note that Manson’s tactics of manipulation are being used today. Keith Raniere, founder of the “sex cult” Nxivm, is a modern-day Manson, using Manson’s methods of preying upon girls’ insecurities. Manson manipulated those insecurities to bring young women into the Family, using recruiting methods strikingly similar to those of Nxivm, which among other consequences has led to Smallville actress Allison Mack being charged with sex-trafficking. Keith Raniere, like Manson, used young women’s insecurities to bring them into his circle, then used humiliation, sexual abuse, and deprivation to keep them under his spell.

It is chilling to see how effective Manson’s techniques continue to be.

Tell us about your collaboration with Caitlin Rother. What did you each bring to the project, and how does the resultant book benefit from that partnership?

Caitlin brought with her a wealth of experience as both a print reporter and a crime writer. She understood how painstaking the research for a book like this had to be and how exacting the task was going to be. And yet, even Caitlin was surprised by how hard it was to amass all the material that was necessary to have a full and a complete understanding of this case, let alone find new evidence of our own. It was truly a Herculean effort.

Caitlin was also an amazing sounding board throughout this process. She and I had countless conversations about the status of various points in the manuscript, and at every turn, Caitlin had sound advice about which direction I should take.

Post-production of the manuscript, Caitlin was absolutely instrumental in connecting me with “Stoner” in L.A., who gave me a guided tour of the Spahn Ranch and other Manson highlights (or lowlights) in LA.

And, of course, we continue to be in touch.

Lis Wiehl is one of the nation’s most prominent trial lawyers and highly regarded legal commentators. The former legal analyst for Fox News and the O’Reilly Factor, she has appeared regularly on Your World with Neil Cavuto, Lou Dobbs Tonight, and the Imus morning shows, and was the host of the Wiehl of Justice podcast. She is also a professor at New York Law School and a host on the Law & Crime live trial network. A former legal analyst and reporter for NBC News and NPR’s All Things Considered, she also served as a federal prosecutor in the United States Attorney’s office and was a tenured professor of law at the University of Washington. Wiehl earned her JD from Harvard Law School and her MA in literature from the University of Queensland. She lives near New York City.