Q&A with Linda Castillo, Author of A Gathering of Secrets 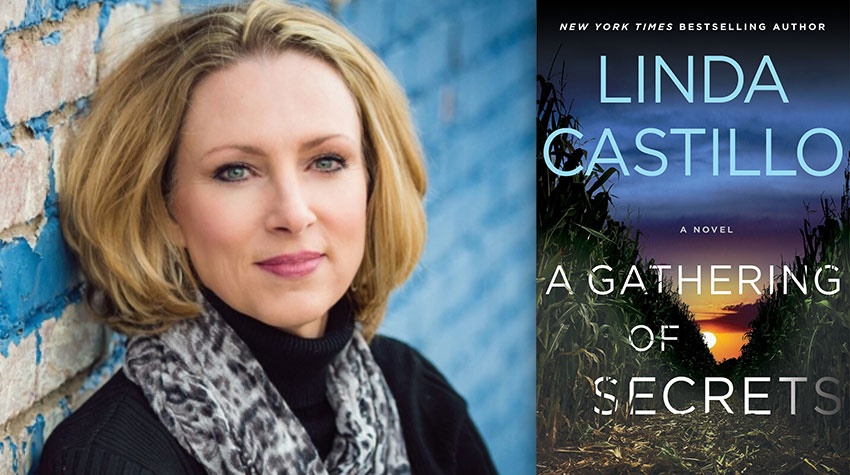 Linda Castillo is the New York Times bestselling author of the Kate Burkholder novels, including Sworn to Silence, which was adapted into a Lifetime Original Movie titled An Amish Murder, starring Neve Campbell as Kate Burkholder. She is the recipient of numerous industry awards—including a nomination by the International Thriller Writers for Best Hardcover, the Daphne du Maurier Award of Excellence, and a nomination for the RITA. Originally from Ohio, she currently resides in Texas with her husband and is hard at work on her next novel.

Recently, the author entertained questions about her upcoming 10th Kate Burkholder novel, A Gathering of Secrets (available July 10, 2018), setting a thriller series in Amish Country, and what’s next for Kate.

Where do you get your inspiration for Kate Burkholder?

I wanted to create a character who could immerse us in two worlds: the world of the Amish and the world of a female small-town police chief. Kate was born Amish, but something terrible happened to her when she was a teenager, and she left the fold at the age of 18. The Amish community—and her Amish family—never let her forget that. She’s an outsider among the Amish, and she doesn’t quite fit in with the “English” either.

How many times in the course of our lives have we felt like an outsider? I think that’s one of the reasons Kate is so relatable. She’s got a lot of layers, and I love writing her unique perspectives, her innermost thoughts, and her mistakes. She’s imperfect—and human. Even after 10 books, I’m still peeling away some of those layers and learning new things about her.

What kind of research did you conduct in writing this book?

I travel to Ohio’s Amish Country every year. It’s such a beautiful place, and I’ve fallen in love with the people. There’s no better way to get to know a community than to spend time with its people, one on one. One of my librarian friends, Denise Campbell Johnson, has introduced me to some of her Amish friends, and they have been gracious enough to welcome me into their homes, which has been tremendously helpful in terms of learning about the Amish culture and depicting it in an honest, realistic way.

The book contains police procedural elements too. A few years ago, I graduated from two citizen’s police academies. It was not only a lot of fun but a huge learning experience where I met a lot of great people. I’ve always enjoyed reading and writing about cops, but the two courses and the things I learned there gave me a better understanding of what it means to be in law enforcement.

You use Amish Country as the backdrop for your series. In what ways does this setting enhance the narrative, and how does the rural area of Painter’s Mill allow for a different kind of tension compared to a city setting?

One of the elements I love most about setting a thriller series among the Amish is the juxtaposition of the bucolic countryside with the evil introduced into it. The contrast is keen and appeals to me greatly as a writer. 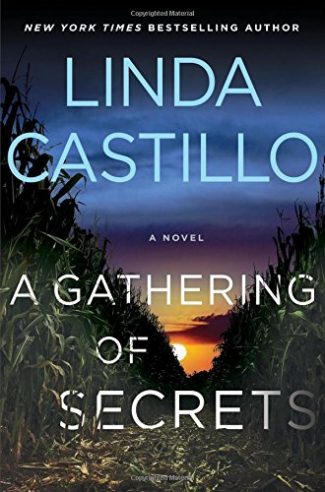 What is the significance of A Gathering of Secrets as a title, and how do you see this story working as both a standalone thriller and as a continuation of the overall series?

A Gathering of Secrets is such an appropriate title for this story. I can’t say more without giving away too much, but the secrets people keep and the reasons they keep them are a big part of the book.

Every book in the series is a standalone mystery. One of the things I try to do with each story is to reveal something previously unknown about Kate Burkholder or her significant other, John Tomasetti. Both of these characters are complex with substantial backstories. I like pulling something pertinent and profound from those backstories. I like to see the character face some momentous issue that causes her/him to grow in some way. Sometimes, these characters surprise me by revealing something I didn’t know. I love when a character takes on a mind of their own.

Some of the events in A Gathering of Secrets seem to tie right into the current events surrounding the #MeToo movement. How much of the plot, if any, was inspired by the movement?

This is a tough question to answer without giving away too much. One thing I can say is that I had the core idea for A Gathering of Secrets percolating in my head long before the #MeToo movement was born. I was working on the book when #MeToo exploded on the scene and became part of the public conversation. One thing that has always been important to me in writing this series is to portray the Amish culture in an honest and respectful way—and never stereotype. I knew I had to write this story in the most honest way I could, and that meant portraying the reality that social issues—both positive and negative—span cultures. The Amish are no different.

A Gathering of Secrets is the 10th book in the Kate Burkholder series. In what ways do you think your storytelling has evolved from the first book in the series to now?

Kate and I have been through a lot together in the course of 10 books. I’m a firm believer in adage the more you do something, the better you get. I like to think I’ve become a better writer. In addition, I know Kate and the rest of the characters so much better now than I did for that first book, Sworn to Silence. I know what makes them tick. I know their strengths. And I know their weaknesses. I believe a character must continue to grow. That’s a vital part of keeping the series fresh.

No spoilers, but the ending of A Gathering of Secrets definitely took us all by surprise. Did you know how the story would end before you wrote the book? Is this the case for all of the books in the series?

I knew exactly how A Gathering of Secrets would end when I started. The unexpected nature of the ending was one of the things that drew me to this story. It wasn’t an easy book to write. Getting into the minds of some of the characters was difficult. Certain elements of the story unsettled me. I crossed some lines and ventured into some places that made me uncomfortable. Looking back now, I think those things made the book more genuine—and powerful.

What can readers look forward to next for Kate?

I’m currently working on the next book in the series, which is as of yet untitled, and I’m incredibly excited about it. Every book has its own unique personality and explores some new character facet or plot territory. The backbone of my work in progress is the mystery, which is powerful and believable and will have some readers questioning the line between right and wrong.

If you could team up Kate Burkholder with any other detective, real or fictional, who would you choose and why?

Oh, what a great question! Hands down it would have to be Lucan Davenport. I’m a huge fan of the Prey series by John Sandford. He’s the consummate police procedural writer. It would be so interesting to see Lucas and Kate tackle a tough case together. In fact, I believe there’s an Amish community just outside the Twin Cities area …