Q&A with Emily Littlejohn, Author of Inherit the Bones

October 25, 2016
Read this exclusive Q&A with Emily Littlejohn, author of Inherit the Bones, and then make sure you're signed in and comment below for a chance to win a copy of the book! 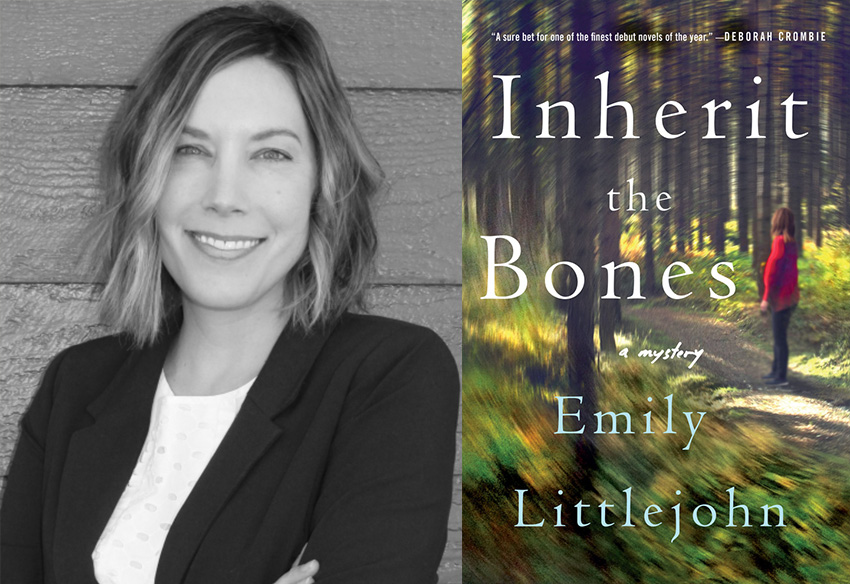 I believe the book packs a big emotional punch, not just at the beginning or end, so I hope readers feel that too. If they laughed, cried, raged, or any combination of the three, I’ll be happy.

I think an icicle would make the perfect murder weapon. It melts and then can never be traced back to the killer! But that would only work in the winter. In the summer, I’d go with botulism from a can of tomatoes or a lawn mower “accident.”

I’m reading The Hatching by Ezekiel Boone, but it’s starting to get too scary to read before bed. Be warned—if you have a fear of spiders this book is not for you!

Describe Inherit the Bones in 5 words.

If you could team up Gemma Monroe with any other detective, who would you choose?

This is a tough question. I’d love to see her travel down to New Orleans and spend some time with Dave Robicheaux from the James Lee Burke mysteries. Dave’s been around the block a few times and has dealt with some really bad people … but he’s kept his humanity. Gemma could learn a lot from Dave.

What’s your favorite line from Inherit the Bones and why?

My favorite line is the first line of the book: “In my dreams, the dead can speak.” Why? Because it sets the tone for the entire story. Gemma Monroe is haunted by this terrible, unsolved crime; she seeks justice for the dead, the victims, and those who can no longer speak. Plus—in my biased opinion, of course—I think it’s just a really beautiful line.

How do you think the staff of the Fellini Brothers’ Circus of Amazements would feel about the current “creepy clown” phenomenon?

I think they would be as freaked out as I am. If I saw a clown coming down the street on any day but Halloween, I would probably pass out from the fear. Honestly. There are, of course, nice, sweet clowns that want to put a smile on your face … but let’s be real: those clowns exist in two places—birthday parties and circuses. Clowns anywhere else are just wrong. My thoughts on this are, of course, heavily influenced by Stephen King’s fantastic novel It, one of my all-time favorite books.

Is Cedar Valley, Colorado inspired by any particular place?

Cedar Valley is inspired by a number of places in Colorado: Breckenridge, Crested Butte, Vail, even Ouray. But it’s definitely unique in the number of murders it sees!

What’s next for Gemma Monroe?

When we next see Gemma, she’s just returning to the police force after being out on maternity leave. She’s a little shaky and a little off-balance after three months of domestic life with Grace and Brody. Of course, her return coincides with a murder, which finds her, Finn, and Chief Chavez tracking a killer during a series of brutal winter storms. Book Two is not only a thriller, it’s a chiller. 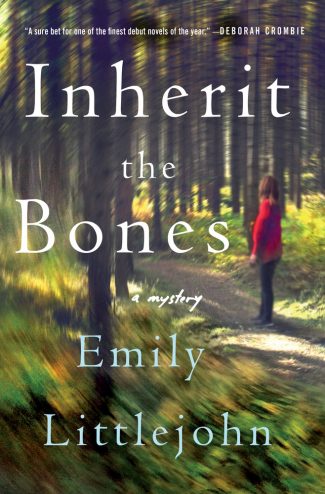 About Inherit the Bones by Emily Littlejohn:

In the summer, hikers and campers pack the small Colorado town’s meadows and fields. And in the winter, skiers and snowboarders take over the mountains. Season by season, year after year, time passes and the lies, like the aspens and evergreens that surround the town, take root and spread deep.

Now, someone has uncovered the lies, and it is his murder that continues a chain of events that began almost forty years ago. Detective Gemma Monroe’s investigation takes her from the seedy grounds of a traveling circus to the powerful homes of those who would control Cedar Valley’s future.

Six-months pregnant, with a partner she can’t trust and colleagues who know more than they’re saying, Gemma tracks a killer who will stop at nothing to keep those secrets buried.

Beautifully written with a riveting plot and a richly drawn cast of characters, Inherit the Bones is a mesmerizing debut from Emily Littlejohn.

Comment below for a chance to win a copy of Inherit the Bones by Emily Littlejohn!

Inherit the Bones Comment Sweepstakes: NO PURCHASE NECESSARY TO ENTER OR WIN.  A purchase does not improve your chances of winning.  Sweepstakes open to legal residents of 50 United States, D.C., and Canada (excluding Quebec), who are 18 years or older as of the date of entry.  To enter, complete the “Post a Comment” entry at https://www.criminalelement.com/blogs/2016/10/qa-with-emily-littlejohn-author-of-inherit-the-bones-comment-sweepstakes beginning at 3:00 p.m. Eastern Time (ET) October 25, 2016. Sweepstakes ends 2:59 p.m. ET November 7, 2016. Void outside the United States and Canada and where prohibited by law. Please see full details and official rules here. Sponsor: Macmillan, 175 Fifth Ave., New York, NY 10010.

Emily Littlejohn was born and raised in southern California and now lives in Colorado. If she’s not writing, reading, or working at the local public library, she’s enjoying the mountains with her husband and sweet old dog. She has a deep love of horror stories, butter pecan ice cream, and road trips. Inherit the Bones is her first novel.