Q&A with Catherine Richards, Editor of The Other Woman

November 21, 2017
In the second installment of The Life of a Book, we sit down with the editor, Catherine Richards, to discuss an editor's role in the publication process. 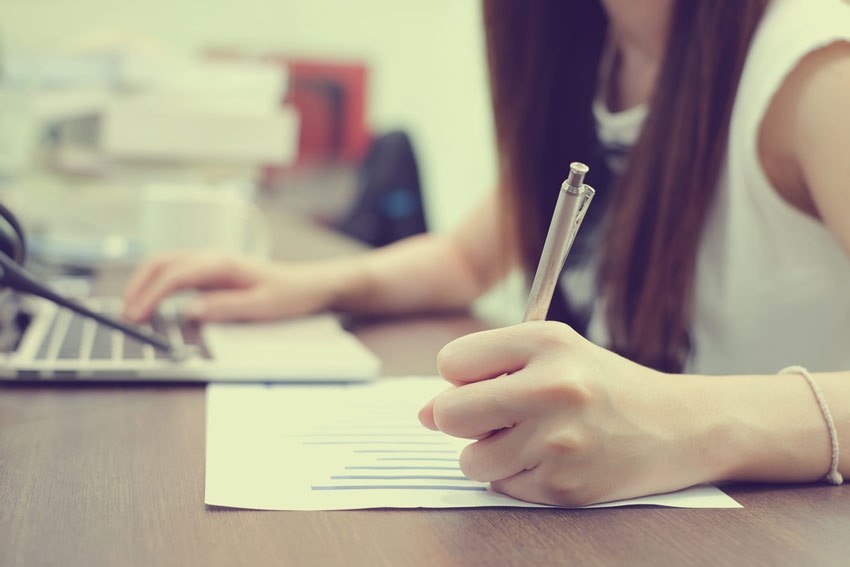 Being an editor sounds like a fairy-tale dream job. Tell us a little about your career: was this always your plan? You’re also relatively new to Minotaur Books—what excites you about working for Minotaur?

Yes, I am a stealthy Brit in NYC! I moved to Minotaur Books about nine months ago from our sister company Pan Macmillan in the UK, where I had been for eight years. I originally wanted to be a journalist, but while I was at university, a literary agent approached final year English Lit students to see if anyone wanted to read through her slush pile. I found myself reading dozens of submissions and writing reader reports—one morning a week, in her cozy office, with two black Labradors curled up at my feet—and thought, this is the life! Of course, in reality, working in a big house is rather different (disappointingly no dogs, nor much time for reading during the working day).

When I graduated, it was the start of the financial crisis, so I was really lucky to get anything full stop—I was a school secretary helping students fill out their university applications for several months, meanwhile applying for any and every entry-level publishing job and internship/work experience I could find. Then, while I was doing work experience at Pan Mac, a temporary assistant role came up, which I did for a year.

In 2009, I applied to be the Editorial Assistant to the Fiction Publisher, and I got my first permanent job. I was lucky in that he worked across a huge range of commercial fiction authors, so my experience from the start was very broad. Working closely with a couple of crime writers opened a window for me into the world of crime fiction publishing—which I’d always been an avid reader of anyway—and I soon found that mystery/thriller writers are some of the nicest folks you’ll ever meet.

When the opportunity to transfer from London to New York came up, and to work at an imprint with such focus, it was too good to pass up. I love the ethos at Minotaur; it’s an imprint within one of the big trade publishing houses, St Martin’s Press, so we have the agility of a boutique publisher with the clout of a big company. I especially like that it’s a very collaborative team across editorial, marketing, and publicity, which makes it a creative environment.

Walk us through the acquisition process. Was this a standard acquisition, or were there unique occurrences with The Other Woman?

I keep in touch with my colleagues in the UK regularly, and I heard about this book from them. I got in touch with the UK agent who was representing it, and after what seemed like an eternity (to me, while I kept refreshing my inbox; in reality, just a couple of hours), she sent it to me on submission. I loved the sound of it from the start (“mother-in-law gaslights son’s girlfriend so she thinks she’s losing her mind—or is she?” Yes, please), and I read it that same day.

Read an introduction to The Other Woman by Sandie Jones!

Acquisition is very much a team decision—it has to be, as essentially, I’m asking for company money to offer as an advance based on projected sales and vision for how we would publish this book in over a year’s time and into a market whose appetite for this book we are predicting will still exist. But I think when I kept bouncing into my boss’s office asking which bit she was up to (“has Pammie done that yet?!”), she knew I was excited about it. My colleagues were generous with their time and read The Other Woman quickly too, and luckily they also loved it, so the next day I was able to make an offer to the agent. Overall, the acquisition process was the same as usual, but each step happened more quickly in this case.

What excites you most about The Other Woman? What do you want readers to think while reading?

I would love for it to keep people guessing—to have their suspicions about what’s going on but for those to be questioned and overturned again and again until the very end. But more than that, the elusive quality that I’m always looking for in submissions is the ability to create a world so vivid and a story so intriguing that you become totally immersed; the real world recedes for a few hours, and (cliché though it sounds) you can’t bear to put it down. 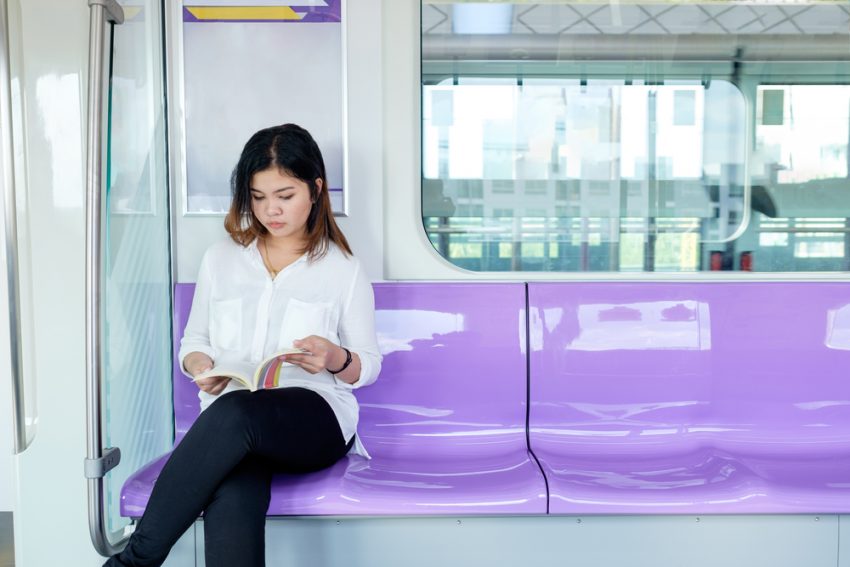 That’s exactly what The Other Woman did for me. I often read submissions on public transport during my commute, and if a writer can make you block out your surroundings, that’s the win. I can’t wait to know what readers think of Emily, Adam, and especially Pammie!

Can you tell us about the editorial process? How did you and Sandie work together?

My colleagues in the UK are publishing The Other Woman too, so the UK editor and I worked together on the editorial notes. We each wrote our own editorial letters, then swapped, and then had another conversation so that we weren’t giving conflicting suggestions but were also working independently in the first instance. It varies from author to author, book to book, of course—but in this case, we all spoke on the phone quite a bit, and we all knew from the start that we shared the vision of how we wanted the book to be in its finished form.

We worked on the story and structure of the book first, making sure each bit of information was dropped in at exactly the right moment to keep the suspense high and give the biggest impact to the ending. Then, we worked on the book at a line level. From the first draft at acquisition stage to the edited manuscript, it was about two months of conversations, rewrites, and drafts back and forth.

Editors are really just early readers, and I see my role as being there to ask authors questions and suggest ways that they might approach the book from new or different angles. Like: what is this character thinking at this point? Why are they reacting like that? Should we know this information yet, or should we delay it until 20 pages later when X happens? What if we saw this scene from another character’s point of view instead? I always think mystery novels are a bit like jigsaw puzzles—and the author has the power of when to show you the picture on the box.

What are some things about an editor’s role that most people would be surprised to learn?

I think perhaps one of the biggest misconceptions is that we want to change or rewrite your book. An editor’s chosen to work with you because they love your book and want to help convey its messages, themes, and story as clearly and effectively as possible, and to find its readers.

…the elusive quality that I’m always looking for in submissions is the ability to create a world so vivid and a story so intriguing that you become totally immersed; the real world recedes for a few hours, and (cliché though it sounds) you can’t bear to put it down.

A commissioning editor is very much a project manager too, responsible for channeling the right information to the right people at the right time—we are the author’s champion, advocate, and point of contact in-house and out-of-house between author, agent, and the other departments like sales, marketing, publicity, art, and production. Essentially, we spend the majority of our time talking about books rather than reading them!

We also have to be good with numbers as well as words—we put together profit and loss projections, look at sales figures, and work with production estimates.

What else are you working on at the moment?

I’ve just finished editing a wonderful book that will be out in early 2019—a historical mystery called The Widows by Jess Montgomery about two women whose lives collide when the man they both love is murdered. It’s set in 1920s Ohio against a backdrop of coal mining, prohibition, and women’s rights, and it’s based on the true story of Ohio’s first female sheriff, Maude Collins.

Do you ever think you’ll switch sides and write something of your own?

Well, never say never—but I think a fundamental drive to write has to be there, and at this point, I don’t have that. I’m in awe of those who do!

What are some of your favorite books? What are you reading now?

Reading so many submissions, I find I need to reset my brain with something familiar (I’ve always been one to re-read books over and over). So at the moment, I’m reading Stephen King’s The Stand—I’m on a bit of a Stephen King/80s kick at the moment since watching It and Stranger Things—and I’ve been saving Philip Pullman’s La Belle Sauvage for the holidays this week.

See also: Stranger Things, It, and the Rise of Nostalgia Horror

And lastly, it’s a question we ask everyone we interview: what would be your murder weapon of choice?

I suppose it would have to be the tool of my trade: a pen! It’s mightier than the sword, right? Death by terrible pun? I’ll show myself out…

Tune in next month as we reveal the beautiful cover for The Other Woman! In the meantime, make sure you’re following Sandie Jones on Twitter for all other book updates.

Filed Under: Catherine RichardsSweepstakes!The Life of a Book