Recently, the web was aflutter with 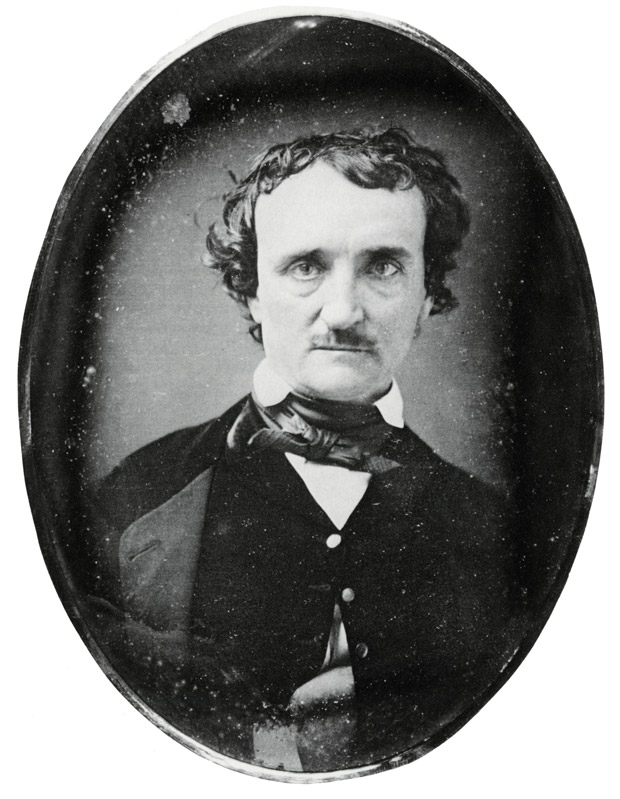 the news that in 2012 Baltimore plans to cut off funding for its Poe House. This imminent closing has raised again the question of which city can call itself the Poe city. Six cities lay claim to Edgar Allan Poe: Boston, Philadelphia, Baltimore, Charlottesville, Richmond, and New York.

Although born in Boston, Poe hated that city, writing of it disdainfully and referring to its literary elite as “Frogpondians.”

While in the army, Poe was stationed on Sullivan’s Island in Charlottesville in 1827 and set “The Gold Bug” there; that’s about all that can be said about Poe and Charlottesville.

After the death of his mother, Poe lived with John and Frances Allan in Virginia. He also briefly attended the University of Virginia; both experiences proved less than satisfactory for Poe.

Under mysterious and ignominious circumstances, Poe died in Baltimore in 1849. He was buried in a grave that for more than twenty years had no headstone. At the unveiling of Poe’s monument in 1875, the only literary figure to make the journey to Baltimore was New Yorker Walt Whitman. Baltimore can’t claim Poe just because he died there—by accident.

For six years, 1838-1844, Poe lived in Philadelphia and wrote some of his best stories there, but as everyone knows, Philadelphia is one of the cities people leave, not go to. And that’s what Poe did. Poe belongs to New York. His connections to the city span the length of his writing career. In 1827, while at West Point, Poe published his first collection of poems, Tamerlane and Other Poems. The Sun, New York’s biggest penny daily, printed “The Balloon Hoax” in an “Extra” on April 13, 1844. “The Raven,” Poe’s greatest success, was published to remarkable acclaim in New York on January 29, 1845 in The Broadway Journal.

The Poe Cottage in the Bronx was his final residence. Visitors to the site can see Poe’s writing desk and the bed in which his wife Virginia died. In this house, after losing Virginia to tuberculosis, Poe wrote “Annabel Lee,” “Ulalume,” “The Bells,” Eureka, and “The Cask of Amontillado.”

Poe was a literatus, not a loner, and New York has long been the home of the literati—from the tony denizens of Washington Square in the Gilded Age, to the groundbreakers of the Harlem Renaissance and the wits of the Algonquin Round Table.

The ultimate magazinist, Poe belonged in the publishing capital of America. He was a literary critic for the Evening Mirror (1844) editor of the Broadway Journal (1845) and author of “The Literati of New York City: Some Honest Opinions at Random Respecting Their Authorial Merits, with Occasional Words of Personality” (Godey’s Lady’s Book 1846). Today he’d write poetry for the New Yorker and book reviews for The New York Times. New York would celebrate Poe’s talent, revel in his eccentricities, and applaud his chutzpah.

All that aside, Poe was a New Yorker at heart. Think of New York: fast, furious, hustling, urbane, acerbic, trendy, and slick. That’s what Poe was, not the decadent, brooding, madman so often depicted in articles and pop culture. Brilliant, driven, always several steps ahead, Poe fits New York like a game of Three-card monte. 1846: East 47th Street near the East River in what is now Turtle Bay

Susan Amper, author of How to Write about Edgar Allan Poe, reads more than 100 mystery novels each year.