Scott Adlerberg introduces us to Lethal Lit, a new fiction podcast by writers Alex Segura and Monica Gallagher. All six episodes are available for streaming now! 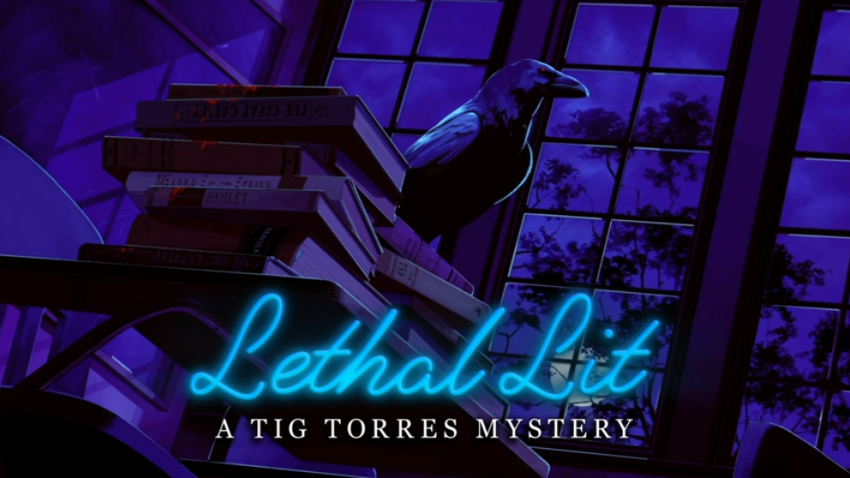 These are the opening words for each of the six episodes that make up Lethal Lit: A Tig Torres Mystery, the new podcast from Einhorn’s Epic Productions and iHeart Radio. Alex Segura and Monica Gallagher are the writers, and a good blend they definitely are. Segura comes from his Archie comics and Pete Fernandez mystery series background, Gallagher from work on comics such as Ghost Friends Forever and Boo! It’s Sex!.

In this faux true crime story, Tig Torres is the podcast’s narrator and ostensible creator, a teenager who begins her story telling us that she has spent the last several years living in New York City with her father. But her father recently lost his job, so while he now goes about finding work, Tig has returned to their hometown where she resides with her grandmother. That town, Hollow Falls, is a bleak place – its one major industry, iron production, died years ago – but for Tig, it is not just that. She has a mission to pursue here. Ten years ago, the town experienced terror at the hands of the Lit Killer serial murderer, and Tig’s aunt, a reporter for the local newspaper who was obsessed with the case and trying to solve it, was among the victims. At least, Tig thinks she was a victim. In Hollow Falls, people thought her aunt eccentric, perhaps crazy. And the way things broke, her aunt’s death appeared to be a suicide. Even further, the common consensus is that her aunt was the Lit Killer and that she killed herself to shut down her homicidal compulsions. The police consider the case closed. In returning to Hollow Falls, Tig is determined to investigate herself and find the proof that will refute these findings, and when the Lethal Lit murders resume, even the cops have to admit that her aunt could not have been the killer.  Tig’s podcast, what we are listening to, is her record of this investigation.

The Lit Killer’s name comes from the literary references connected to the crimes.  As Tig and her investigative cohorts, high school students like herself, move around Hollow Falls tracking down clues, they come to realize that the murderer’s acts replicate memorable scenes in classic books. Lord of the Flies, A Clockwork Orange, Crime and Punishment, and The Great Gatsby are among the many works referenced. Segura and Gallagher weave the allusions into the mystery’s plot with cunning, and for the listener, it’s fun to recall the specifics of the books mentioned. The allusions also serve to highlight Tig’s erudition. Among her friends, she is the one who repeatedly cites which book the killer, in committing a particular crime, quoted. Like your classic detective from any era, she has that little bit of extra knowledge that her sidekicks do not have.

Still, she has a lively and intelligent crew around her. Whether straight or gay, male or female, they are protective of each other. They’re a group doing their own thing outside the circles of the popular types at school. Segura and Gallagher create wonderful banter for these friends, full of wit, without overdoing the snark, and you get to know and like each one. When they put themselves in danger, or when the killer begins making moves against them, the tension ratchets up because you don’t want any of them to get hurt.

With a teen girl detective, Lethal Lit has echoes of Nancy Drew and Veronica Mars. Segura and Gallagher have both said they are big Buffy the Vampire Slayer fans, and in the interplay between Tig and the mayor of Hollow Falls’ daughter, who has a superiority complex, there is something of a Mean Girls vibe. At times, you can’t help but think of Riverdale, and in the way Tig and company are pop culture mavens, aware that the type of mystery they’re involved in generally follows certain patterns, I was reminded of the Scream films. All of which is to say that the Lethal Lit writers have brought a sense of what they love in other storytelling forms to the scripted podcast form, and they have done so in a way to make something fun and fresh. Their mystery story has a light touch while delivering suspense, splashes of blood, and a surprising twist or two. And as the podcast form reminds us, the sound of a frightened person yelling into an audio device, their voice distorted as their decibel level goes up, and the noise produced by that same device falling to the ground with a loud thump, are effective at evoking chills.

At about thirty minutes an episode, you can listen to the Lethal Lit series in one sitting or stretch it out over two or three days. The production values are excellent and the performances solid. I especially liked Rebecca Soler as Tig and Alba Ponce de Leon as Tig’s Aunt (Tig has tape recordings of her) and Tig’s grandmother.

There’s a specific quality about the small-town mystery story I’ve always enjoyed. You get evil and darkness existing in a place where everyone thinks they know everyone else but clearly don’t.  Lethal Lit has that quality.

And oh, by the way, “Jupiter” – the song by Donna Missal that closes each episode as the credits are read – is lovely.